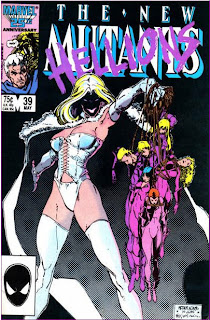 In a Nutshell
The New Mutants join the Hellions.

Plot
At the Massachusetts Academy, the White Queen welcomes the New Mutants to the Hellions, then sends them to the locker rooms to get ready for their first training session. Empath accosts the girls in their locker room, but finds them immune to his power before Illyana scares him off, while Thunderbird and Jetstream welcome Sam and Doug to the school. A week later, back at the X-Mansion, Dani uses her power on herself and sees an image of her friends training in the Danger Room. At the Massachusetts Academy, the White Queen finishes her final psychic surgery, restoring the New Mutants to some semblance of normalcy. At the X-Mansion, Dani bids goodbye to a despondent Magneto as she leaves to return home. That night, Rahne violently wakes up from a nightmare, drawing the attention of her teammates, and it becomes clear that most of the other New Mutants are still suffering nightmares as well. 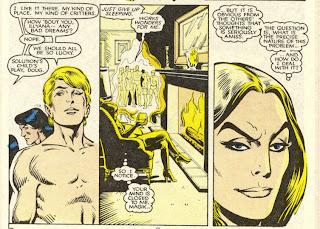 Meanwhile, Magneto is startled when a ravaged Tom and Sharon, missing for weeks, stumble into the school and collapse. When Sharon wakes up, she tells Magneto about their encounter with Empath, and Magneto realizes that his decision to send the New Mutants to the Massachusetts Academy was manipulated by Empath and the White Queen. Furious, he leaves to confront the White Queen, who telepathically senses that he's learned the truth. Pondering her next move, she determines that the New Mutants' loyalty to her is too tenuous for them to face Magneto, while Magneto would make short work of her own forces and she would risk a loss of status to call in her fellow lords of the Hellfire Club. Instead, she calls the local sheriff department and asks them to contact the appropriate authorities, as she's learned that the international terrorist Magneto is planning on abducting some of her students.

Firsts and Other Notables
After donning their new costumes, the New Mutants join the ranks of the Hellions, in an image that recalls Dani and Illyana's visit to the future in issue #17, only with some slight differences (Dani is missing but Illyana is there, while Doug is present here but wasn't included in the original New Mutants/Hellion mashup, as he hadn't joined the team yet). 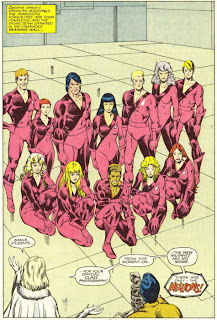 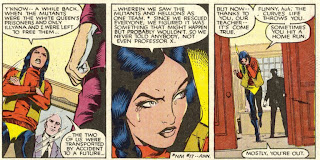 With the school closed and Dani unwilling to join the Hellions, she leaves this issue to visit her parents in Colorado. She'll next appear in issue #41.

Before she leaves, Dani mentions that she's been trying to contact the X-Men for help in dealing with the New Mutants' condition, but hasn't gotten any response. While it seems unlikely they wouldn't respond (as we'll soon see, they aren't actually caught up in a life or death struggle in San Fransisco), it does make sense to leave them out of this story.

Magneto learns in this issue that Empath had been manipulating his emotions, amplifying the feelings of desperation and helplessness he was already feeling, prompting him to turn to the White Queen for help. Not surprisingly, this sends him into a rage. 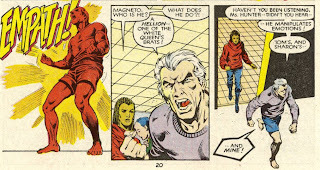 Art Adams provides another iconic cover to this issue.

I should have mentioned in this week's X-Men post, but starting with all issues published this month (with an on sale date of January 1986, despite their cover dates), a "Marvel 25th Anniversary" logo appears in the corner box on most covers, the first part of a year-long celebration of Marvel's 25th anniversary (dating back to 1961, the year Fantastic Four #1 was published, kicking off the modern Marvel Universe, even though the company, in varying forms, dates back to the thirties).

A Work in Progress
Interacting with the New Mutants, Thunderbird (appearing for the first time since he made peace with Xavier in X-Men #193) is warm and welcoming, while Jetstream continues his friendly rivalry with Cannonball and Rahne and Catseye rekindle their friendship. 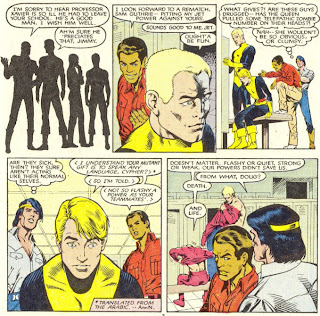 Empath, not surprisingly, is a total dick, sleeves of his sport coat rolled up as he wanders into the girls locker room to try and entrance the female New Mutants, only to discover that their emotional numbness has left them immune to his powers. 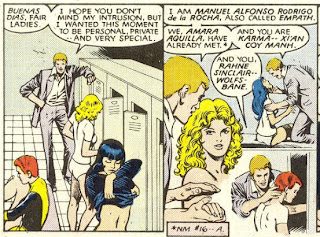 During the course of the issue, the White Queen is able to perform psychic surgery on each of the New Mutants, noting that their encounter with the Beyonder has left their psychic defenses weakened. Though she is able to restore some normalcy to the kids behavior, they are still suffering from nightmares. 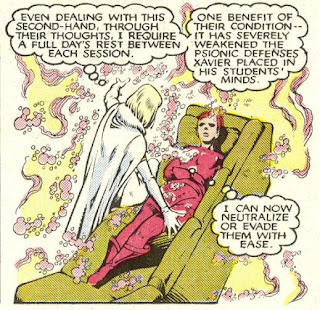 The White Queen also notes that for all of Rahne's demure behavior, she has an inner passion that would make her more suitable for the Hellfire Club than Xavier likely knew. 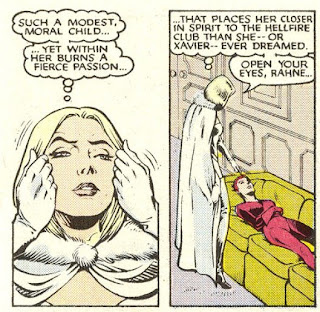 It's noted that Illyana has become more villainous since her encounter with the Beyonder, and Sam worries that its the White Queen's influence, though White Queen herself notes that Illyana's mind remains closed to her. 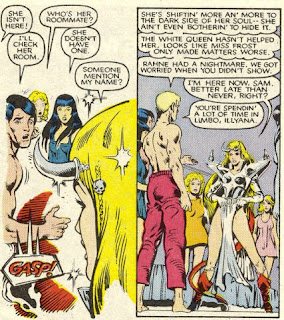 Magneto responds to the closure of the school and what he perceives to be his failure by getting drunk.

In the wake of their encounter with Empath last issue, Tom and Sharon, after going missing, finally stumble back to the school, wearing some...interesting attire. 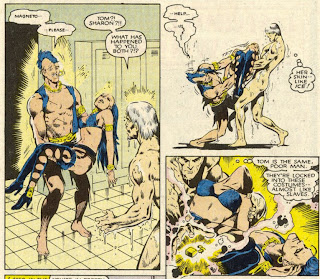 Sharon then proceeds to tell Magneto about what Empath did to them. 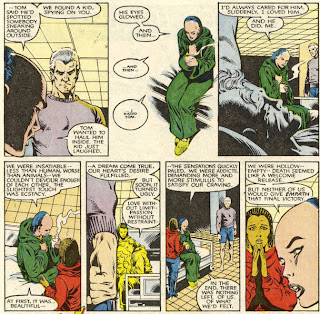 Teebore's Take
This middle chapter suffers a bit from the guest art by Pollard, which lacks the energy of the Leialoha/ Sienkiewicz pairing from the previous issue (but does lend itself well to the dead-eyed portrayal of the emotionally-numb New Mutants), but Claremont keeps the story moving along, having the White Queen make some headway with the kids without resolving their issues entirely, and snapping Magneto out of his Empath-induced funk.

The real draw here is seeing the New Mutants side-by-side with their rivals, the group shot of the combined Hellions and New Mutants a fun payoff to the future hinted at during their last meeting. It seems unlikely that Claremont had this story in mind then, especially given the involvement of Secret Wars II in kicking off this storyline, and the circumstances are different enough that this clearly isn't intended to be that future, but its still a neat little acknowledgement of that past story. This issue also goes a long way towards making the Hellions truly rivals, and not foes, of the New Mutants, and helps deepen their characters: even after the New Mutants are somewhat on the road towards recovery, they find friends amongst the Hellions. Though Claremont will leave the book (and the book itself will end) before full advantage is taken of the relationship between the two teams, this issue does a lot to make the few such stories we do get a lot of fun.

Next Issue
Tomorrow, X-Factor probably does something dumb in X-Factor #3, while next week Wolverine gets the Barry Windsor-Smith treatment in Uncanny X-Men #205 and Magneto takes on the Avengers in New Mutants #40.
Newer Post Older Post Home
Posted by Austin Gorton at 11:00 AM