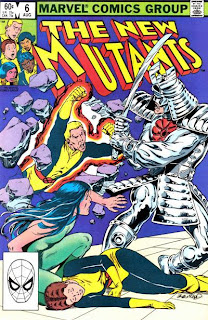 In a Nutshell
The New Mutants rescue Dani from Viper and Silver Samurai.

Plot
In San Fransisco, the New Mutants attack Karma's criminal uncle, General Coy, looking for information regarding Dani's whereabouts. Taking control of his mind and ordering him onto the ledge of his high rise, Coy calls Karma's bluff, knowing she won't kill him. Instead, she pledges to work for her uncle for one year in exchange for the information. In Mexico, Team America trains in preparation for their attempt to retrieve the crystal Viper wants, while Professor X monitors them telepathically. At Viper's base in California, Dani contemplates escape while Viper and Silver Samurai discuss going to Japan to claim Silver Samurai's inheritance. In Mexico, Team America infiltrates an A.I.M base and retrieves the crystal, though doing so unknowingly unleashes a savage psychic attack which Professor X realizes came from a mutant. In California, as the New Mutants attack Viper's base, Karma's is contacted by the same malevolent psychic presence. 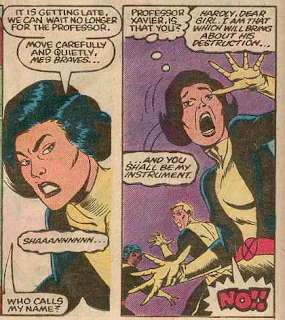 As the New Mutants attack, Team America flees from A.I.M, calling on the Dark Rider to fight off A.I.M's forces. Dani manages to escape her cell and reunites with her teammates, who are fighting Viper and Silver Samurai. When Karma possesses Viper, Silver Samurai is forced to knock out Viper and teleport away. Nearby, Team America rendezvous with Professor X, who worries about the psychic new mutant that has been unleashed. At Viper's base, Karma is once more contacted by the psychic mutant, telling her he intends to claim her body and soul. As the New Mutants prepare to leave the base, Viper, from a nearby boat, orders Silver Samurai to destroy it, catching the New Mutants in a massive explosion.

Firsts and Other Notables
Though it won't be made clear until much later in the book's run, the malevolent presence which takes control of Karma is the Shadow King, making his first appearance (sort of) since his introduction in X-Men #117. 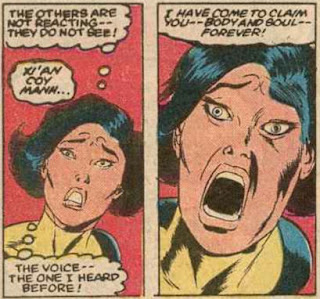 Her possession by the Shadow King and the explosion at the end of this issue marks Karma's departure from the book for an extended period of time, accounting for the first membership shakeup in the title.

Karma's villainous uncle, Nguyen Ngoc Coy, appears in New Mutants for the first time. In exchange for his help locating Dani, Karma agrees to work with him for one year.

Though it's only ever referred to as "the crystal" in this issue, Viper and Silver Samurai have sent Team America to retrieve from A.I.M (Marvel's long standing group of evil scientists) the Cavorite (sometimes "Cavourite") Crystal, a running plot device in some of Claremont's comics, going from Ms. Marvel to Marvel Team-Up to here. The Skrulls use such crystals to power their ships, and it has the ability to open interdimensional doorways (including, presumably, to the Astral Plane, where the Shadow King was trapped by Xavier). Why Viper and Silver Samurai are after here is unclear.

A Work in Progress
The heads in the corner box on the cover are all reacting to the events of the cover.

It's established that the pink halo effect we see around someone's head when Karma possesses them is also seen by the characters in the story; I'm not certain if that still holds true. It's also noted that Karma feels whatever pain the people she's possessing feel.

Roberto mentions that if Professor X were there he could read Coy's mind to retrieve the information they need; yet Karma, who possesses her uncle in order to intimidate him into talking, could just command him to tell her everything he knows.

Karma says the New Mutants have pledged never to kill; while certainly in keeping with the traditional ethos of both the X-Men and superheroes in general, that's the first we've heard of such a pledge. 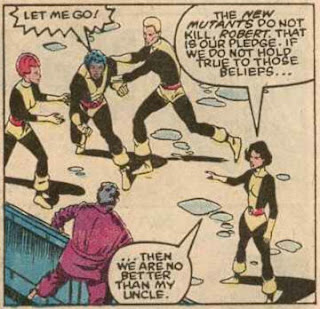 Professor X is somehow able to telepathically hone the powers of two members of Team America while they sleep. 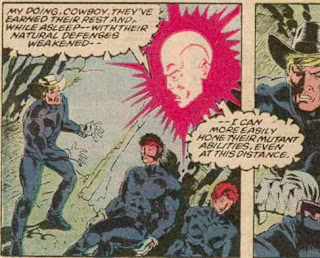 Wolfsbane's healing abilities have evolved past "heals quickly" to "heals before our eyes". 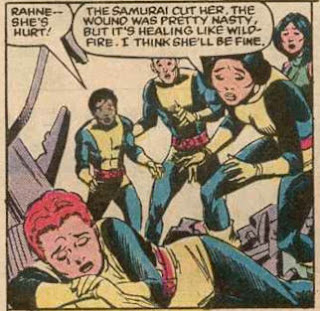 Viper and Silver Samurai discuss going to Japan, in reaction to the events of Wolverine's miniseries, which leads into the story in Uncanny X-Men #172-173. 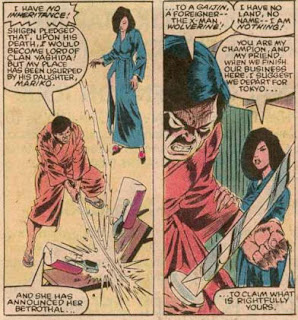 I Love the 80s
Team America is still doing its thing...

It's in the Mail
Two letter writers write in sharing Blam's sentiment that "Wolfsbane" is a pretty unfortunate name for a werewolf. The response suggests the name reflects Rahne's conflicted feelings about her powers.

Teebore's Take
Claremont wraps up New Mutants' first two-parter competently, if somewhat routinely, enough. Team America is still inexplicably sharing the focus with the New Mutants, but Claremont wisely lets the New Mutants handle the important stuff (facing the super-villains and rescuing Dani), keeping them from feeling too overshadowed in their own book. As we'll see next issue, the cliffhanger explosion that ends this issue sets up a new status quo for the book, as Karma disappears for an extended period. That's always felt like an odd choice, considering how underdeveloped Karma is as a character and how new the team dynamic still is (for example, the idea that Claremont introduced in the graphic novel, of Karma working as Xavier's secretary, goes nowhere; we've yet to see her in that capacity, and Xavier will be gone when she returns to the book). Claremont will continue to use Karma off and on here and in other projects in the future, so he clearly has some level of affection for the character, making his writing her out now all the more puzzling. On the one hand, it's good to see that he's not afraid to shake things up, even this early in the book's run. On the other hand, it seems to suggest he's still finding his legs with the spinoff, still working to find the right combination of characters that really inspires him.

Next Issue
We spend next week touring Japan with Wolverine in his first miniseries.
Newer Post Older Post Home
Posted by Austin Gorton at 11:00 AM