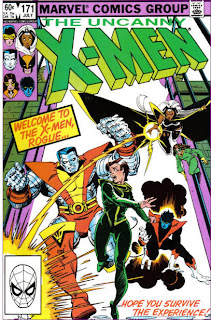 In a Nutshell
Rogue joins the X-Men.

Plot
In the Morlock Tunnels, Storm orders the Morlocks to cease their attacks on people living above ground. A recovering Callisto tells Storm she intends to reclaim her place as leader of the Morlocks, and Storm tells Callisto not to push her luck. In Alaska, Madelyne awakens from a recurring nightmare and tells Scott that years ago she was the sole survivor of a plane crash. Scott realizes the crash occurred on the same day as Jean Grey's death. In Massachusetts, Carol Danvers visits her parents, while in New York, Professor X continues his physical therapy. Sensing someone at the door, he telepathically sends Colossus to greet their guest. Colossus opens the door to find Rogue waiting. 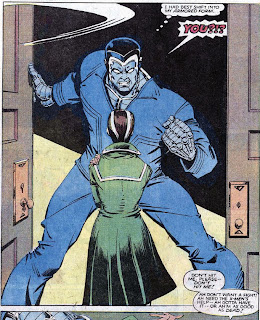 Rogue insists that she's come seeking Professor X's help. Xavier sends the outraged X-Men away as he examines Rogue. To blow off some steam, the X-Men engage in a Danger Room session, but Illyana accidentally calls up a holographic image of Limbo, which causes her to freak out and attack Kitty. Snapping out of it, Illyana explains that seeing Belasco forced her to remember her time in Limbo. Later, Professor X gathers the X-Men and, much to their outrage, announces that he's offered Rogue a place at the school and on the X-Men as a probationary member. Just then, Carol arrives and upon seeing Rogue, punches her through the mansion's roof. Colossus separates the two women, and Professor X chides the X-Men for refusing to help Rogue, saying they have a chance to give her a better life. The X-Men reluctantly agree, but while Carol understands what Xavier is doing, she refuses to accept it, and blasts off into space. That night, Storm wanders the grounds, torn between her desire to leave the team and reclaim her self and her obligations to the team, wondering who she'll ultimately become: Ororo or Storm.

Firsts and Other Notables
Rogue joins the X-Men as of this issue, kicking off a long run in which she'll be a mainstay in the book for years to come (a couple prolonged absences aside), leading to her becoming a fan favorite and, thanks to her inclusion in both the animated series and the feature films, a well known character outside the comic book-reading audience. She comes to Xavier because sharing her mind with Carol Danver's is driving her insane and because her mutant power has gone out of control, preventing her from touching anyone. We'll eventually see that has been the case since her power first manifested, and though Xavier promises to help her, we'll also see that Rogue spends a very long time unable to control her power. 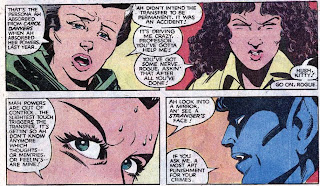 Walt Simonson, husband of editor Louise Jones, fills in as penciller. I'm a big fan of his art, which we saw on display in the Teen Titans crossover and will come to know well during his X-Factor run, but his work here isn't quite as strong, though it may just be suffering in direct comparison to Smith's usual work.

We learn that Maddie was the sole survivor of a plane crash which occurred the same day that Jean Grey died; Claremont intended for this to be yet another coincidence, but "Inferno" will tie this detail into Maddie's "official" origin.

Illyana's Soulsword appears for the first time. It goes unnamed, and we don't learn anything about it other than the fact that it can cut Kitty when she's phased, but it's there. It's also suggested that Illyana has been repressing memories of her time in Limbo, and that she now remembers that time more vividly.

The cover repeats the "Welcome to the X-Men, hope you survive the experience" dialogue first seen when Kitty joined the team in issue #139.

Not surprisingly, considering I did most of my X-Men back issue hunting during the 90s, this was always a particularly pricey issue at a time when Rogue's popularity was arguably at its highest. I first read the story thanks to the X-Men Classic reprint, and it wasn't until "Rogue-mania" calmed down a bit that I was able to get a hold of the original issue for a price I was comfortable paying.

A Work in Progress
The issue opens with Storm asserting her authority over the Morlocks and ordering them to stop attacking people on the surface, further reminding us that she could just command the Morlocks to come live at the mansion... 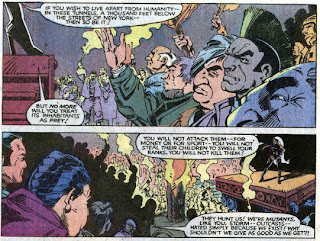 Nightcrawler has noticed the profound changes occurring in Storm.

Carol Danvers visits her parents, but while Professor X has managed to restore many of her memories, she longer has the emotional attachments to those memories she once did. 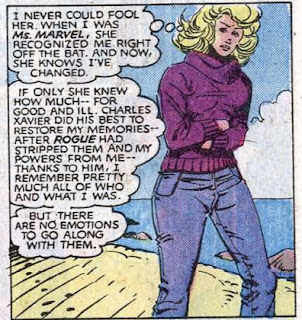 Professor X is still undergoing physical therapy as he attempts to walk, and I realized that all the scenes of Xavier and Lilandra making out make me uncomfortable, like I'm walking in on my parents kissing...

It's established that Professor X can't read Rogue's mind due to the conflicting thoughts therein.

Storm struggles with the fact that her recent changes are making her a better leader, but that she doesn't like who she is becoming as a result. 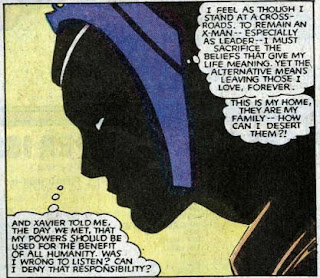 It sure looks like Binary punches Rogue into orbit.

Kitty blames the New Mutants when she misplaces the floppy disks she needs. 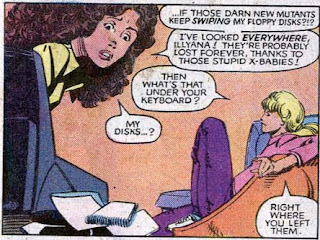 "Professor Xavier is a Jerk! The X-Men are Jerks!"
Perhaps in an acknowledgement of how the X-Men treated the Morlocks last issue, Claremont has Professor X (who wasn't able to communicate with the X-Men while they were dealing with the Morlocks) chide the X-Men for refusing to help Rogue, saying they don't get to pick and choose who they help, and using Wolverine as an example of someone they may not have wanted to help but for whom their help has proved beneficial. 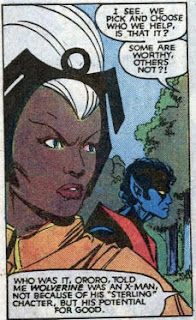 Young Love
Scott and Maddie's relationship has progressed to a point where they are now sleeping together (note the shared pajamas, something which flew over my head as a kid).

Like A Phoenix From the Ashes
Maddie is once again associated with fire. 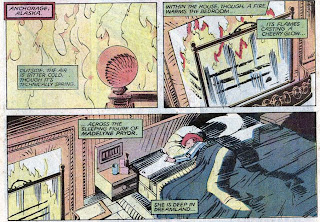 For Sale
We get a two page ad for our first GI Joe video game. 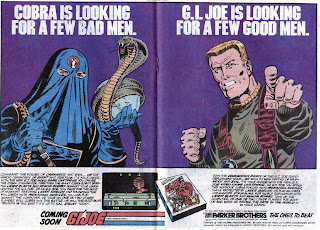 We also get our first Kool-Aid ad. Oh yeah! 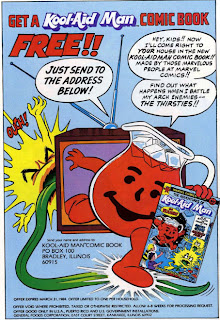 Teebore's Take
Like issue #168, this is another "all subplot/character moment" issue, with Binary punching Rogue into orbit serving as the only bit of traditional superhero action. It isn't as good as issue #168, largely due to the absence of Smith (not that Simonson is awful or anything), but this remains a significant issue in the ongoing X-Men narrative. Of all the plots touched on, the central one is clearly Rogue's arrival and subsequent placement on the team. The impact of Rogue on the book was discussed in part when she first appeared, and this opens the door to her tenure as a long time fan favorite.

Additionally, Claremont furthers the Scott/Maddie relationship, including the introduction of an idea that will retroactively tie-in with the "Inferno" crossover seventy odd issues down the road, and (finally) returns, albeit briefly, to Illyana's ongoing development, introducing her Soulsword and suggesting she now has a greater memory of her time in Limbo, events which will also play a significant role in "Inferno". All of which makes this issue highly significant in retrospect. For now, it remains another sign of how Claremont is growing more and more comfortable with the idea of just hanging out with his characters, and not feeling the need to shoehorn a traditional superhero action/adventure plot into every issue.

Next Issue
Team America motorcyle-stunts their way through New Mutants #6, followed by a look at Wolverine's first solo miniseries.
Newer Post Older Post Home
Posted by Austin Gorton at 8:00 AM