The leaves are turning, network TV is reappearing, and the move theaters are getting stuffed with horror movies and awards-hopefuls, which can only mean it's time for the summer movie report card! 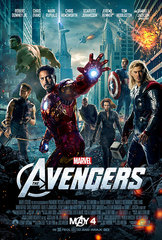 I'm not telling anyone anything they don't already know when I say this was easily the movie of the summer. There were plenty of other fine films that were released after it, but it was all pretty much downhill from here. The Avengers replaces the thematic denseness of The Dark Knight (generally considered by many to be the best superhero movie) with something I prefer to have in my comic book movies: fun. An outstanding achievement on multiple levels.
A+

Snow White and the Huntsman 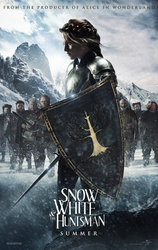 Ugh. This was not very good. I was mildly intrigued by the concept and the trailers, despite the presence of perpetual sourpuss Kristen Stewart, and when my dad decided to gather up the family for an old fashioned movie night, I figured there were worse things we could be seeing. And while that's technically still true, this was pretty bad. Lifeless and turgid, the only highlight was a delightfully-wicked Charlize Theron, but she could only do so much to save a script that felt very slapped together. Even the visual effects, which seemed promising in the trailers, amounted to very little.
D 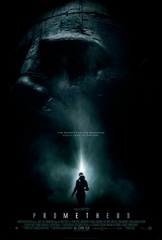 A spectacular failure, in that it was both spectacular and a failure. A strong score, some intriguing ideas and phenomenal cinematography (this is the first film since Avatar that I was glad I saw in IMAX 3D) are let down by a weak script, in which character motivations are left unexplored and too much of the plot is left unresolved (no surprise, given the involvement of Lost co-impresario Damon Lindelof on the script), featuring some of the worst scientists to ever be depicted on screen ("Whooo! Science!"). Still, I'd watch this film again, because it's just that gorgeous to look at, and I hope that Ridley Scott actually does go ahead with a sequel. Just leave Lindelof out this time.
C+ 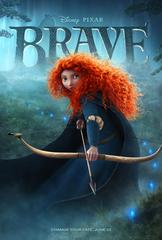 One of the lesser Pixar films. I enjoyed it plenty, and appreciated the avoidance of many standard Disney plot beats in the story, but it didn't have the emotional resonance of, say, Up or Wall-E or Toy Story 3. It's still no Cars (or Cars 2, presumably, which I haven't seen), and saying it's a weaker Pixar film is whatever the opposite of damning with faint praise is ("praising with faint damning"?), but at the end of the day, this one just didn't stick with me as much as some of their other films. It did its thing, exited stage left, and we all moved on. Nothing wrong with that, but nothing great about that either.
B 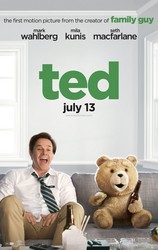 Despite being a fan of Family Guy and other Seth Macfarlane shows (well, American Dad), I was somewhat reluctant to see this, and it wasn't until we'd heard some positive word-of-mouth that Mrs. Teebore and I decided to check it out. I'm glad we did, because it was freaking hysterical, with a surprisingly well-constructed script. Ted managed to be a character distinctive enough from other Macfarlane characters that I didn't spent the entire movie comparing him to Brian or hearing Peter's voice, which helped the whole film stand on its own. And Mila Kunis is never not hot. A pleasant surprise.
A 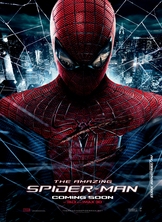 A muddled mess of a film. Putting aside the question of whether a hard reboot was need, there were parts of this I liked and parts I didn't. The score was great, the action scenes, for the most part, were kinetic, snappy, and fun to watch, and the cast was spot-on. But the origin re-telling felt like it took forever (and while I don't have a problem with Sony wanting to reboot the franchise, did we really need to retell the origin again?), the plot was speckled with annoying holes, and at the end of the day, it felt like the central theme of "with great power comes great responsibility" got lost in the shuffle, and that's unfortunate.
C 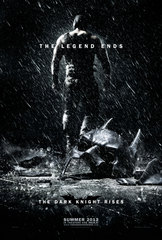 A much more divisive film than its predecessor, I honestly think this might be my favorite of the three. I'll grant that could just be its shiny newness talking, but I did see it twice in the theaters (along with The Avengers, making this the rare year that I saw two movies twice) and it held up the second time. It's not as tight as the first film or as thematically strong as the second, but it feels the most comic book-y to me, the one presenting a Batman who is the closest to being a superhero. It still has plenty to say about the world we live in, but it also manages to interject a little fun into the proceedings. And Anne Hathaway makes for what just might be the best Catwoman ever.
A-
Newer Post Older Post Home
Posted by Austin Gorton at 8:00 AM