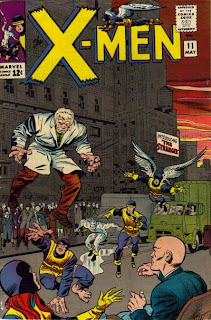 Plot: Professor X's new "radar image beam" senses the approach of an extremely powerful being, but is unable to identify him. Believing he could be a mutant, the X-Men are sent off to make contact with the being before Magneto. Calling himself a "stranger", the being takes the form of an old man and is drawn to Magneto. The Brotherhood demonstrates their power to the Stranger, but he quickly displays his power to the Brotherhood, which draws the attention of the X-Men. After a breif scuffle, the Stranger escapes with Magneto and Toad. The X-Men track the Stranger's mental emanations and find a bound Magneto and Toad. The Stranger reveals himself as a powerful alien whose people are interested in mutation, so he's taking Magneto (who insisted the Stranger ally himself with Magneto) and the Toad (because the Stranger is touched by his loyalty to Magneto) back to his home planet. He departs and the X-Men return home, thankful the threat of Magneto is ended. But then Cerebro sounds the alarm: an even more powerful threat is fast approaching!

Firsts and Other Notables: The Stranger, one of Marvel's numerous and slightly vague cosmic beings, makes his first appearance. Eventually its decided that he is a cosmic vivisectionist with the goal of helping mankind achieve its potential, and also the ensure he's the last survivor of this universe, so that he can take Galactus' place in the next one. 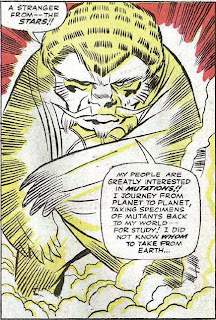 This issue effectively marks the end of the first incarnation of the Brotherhood of Evil Mutants:

A Work in Progress: Professor X has a new means of locating new mutants: "a radar-image beam" which "converts radar blips into pictures of the object." I'm pretty sure we never see or hear of it again.

Apparently the X-Men perform a security sweep of the mansion every time they return home. I'm fairly certain such a thing is never seen again either. 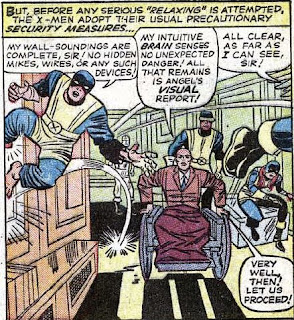 Ah, the Silver Age: The police, ordered to investigate anything suspicious, nearly arrest Cyclops for daring to wear dark glasses on a cloudy day. Later, when they arrive on the scene of the Stranger's departure, Beast distracts them long enough for Professor X to safely get inside the helicopter (so that no one knows he's associated with the X-Men). Beast's method of distraction? Jumping up and down. It works. 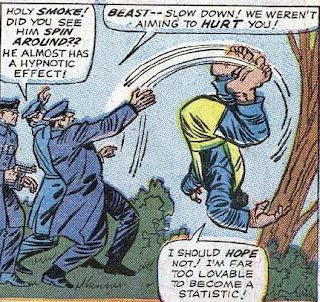 Check out all the slang terms for money in the 60s: 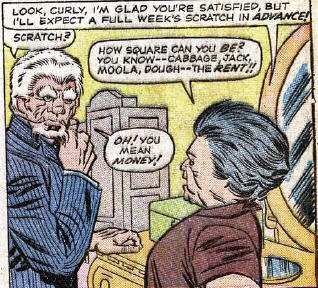 Jean swoons when Cyclops tells her "good girl", comparing it to Richard Chamberlain saying "my darling." 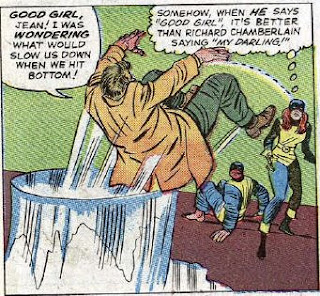 This bystander is highly observant: 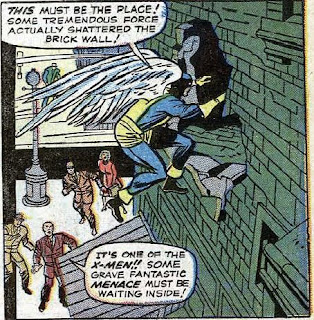 Apparently, the names of evil mutants in Cerebro are just interchangeable slips of paper. 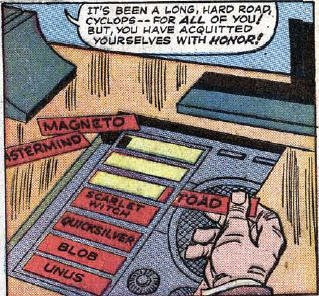 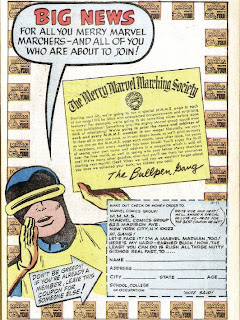 Young Love: Jean worries about Scott's safety as he rushes into battle. 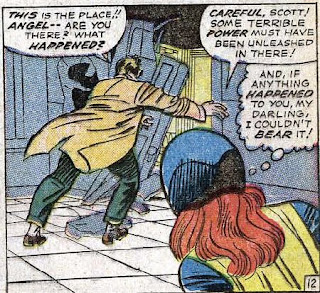 Later, she's concerned that Scarlet Witch might be hitting on Cyclops. 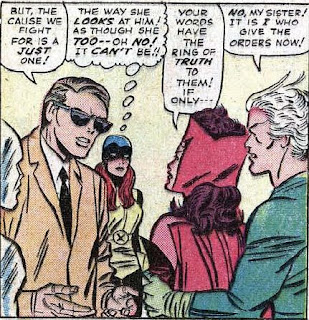 The Awesome and Terrible Power of Cyclops: Cyclops freaks out when the cops try to forcibly remove his glasses. 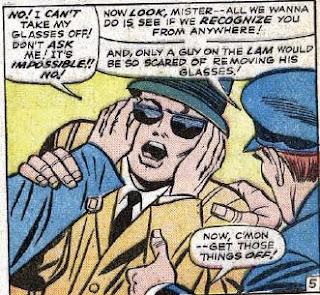 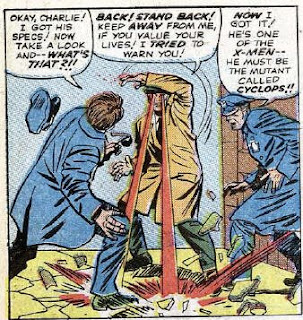 It's in the Mail: Dr. Bitz will pleased to know that the Marvel Mathematics Club of Lehigh University believes Dr. Strange to be Marvel's best character, second only to the Hulk (the X-Men rank third behind the good doctor). 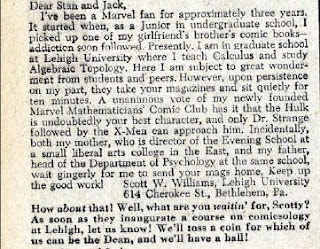 Only you can make yours Marvel!

Teebore's Take: The Brotherhood is surprisingly disassembled in a rather atypical X-Men story (this marks the first appearance on aliens in an X-Men comic: Lucifer turns out to be one, but he wasn't established as such in issue #9). Seeing the Brotherhood vanquished must have been a shock to readers back in the 60s; I'm still surprised, and I knew it was coming. The Brotherhood seemed to be firmly entrenched as literal and thematic opposites to the X-Men. Despite the repetitive nature of several issues in which they appeared, for the most part, they worked well to that end. Magneto will be back, of course, and he won't be gone for long. And while the Brotherhood as a concept survives (Magneto will pal around with a variation of this group for a bit, before Mystique forms her own version in the early 80s), the defection of Quicksilver and Scarlet Witch really denotes the end of this Silver Age Brotherhood.

The story itself is fairly unremarkable, with the main "villain" an alien with vague powers and little motivation. The X-Men don't do much more than chase after the Stranger, and as surprising as it is to see the Brotherhood concept abandoned, it's even more of a shame that the X-Men themselves did so little to bring it about.