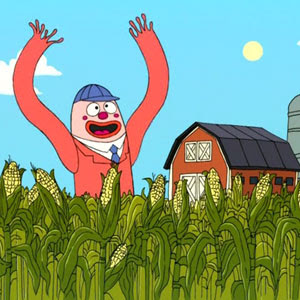 This episode was huge, packed full of thematic parallels, motifs and symbols. The scene in which Richard administered a test to young Locke was packed with enough such stuff to fill hours of discussion alone. There was so much going on that it makes my few rambling paragraphs here seem meager and flaccid, as though any attempt to get a hold on this episode will result only in comically ineffective flailing about by me.

Long after washing our hands of any more Locke flashbacks (seriously, what more could there possibly be in his past?) the producers gives us one that shows us just how wrong we were. We could call this episode the Secret Origin of John Locke. Apparently, Locke’s fate was tied to this island long before he crashed and miraculously walked on it. He was a fighter from day one (or, perhaps, a receiver of the island’s protection) and shortly after his birth, received a visit from ageless Other Richard. Later, Richard administered a test to see if Locke was, for lack of a better term, a chosen one. Laying out a series of items and asking Locke which belonged to him already, Mrs. Teebore was thinking time travel but I was thinking reincarnation (though perhaps I was simply influenced by one of my favorite King of the Hill episodes in which Buddhist monks test Bobby to see if he is the reincarnation of a Lama by administering a similar test). Perhaps every generation, some ancient leader of the Others is reborn, and they are forced to find this leader and help him realize his potential. 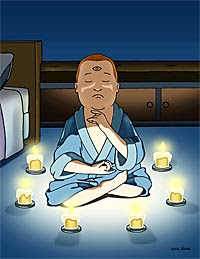 Richard also threw around the term “special” in regards to young Locke, a term that was often used to describe Walt throughout the first two seasons. Maybe the tests the Others administered to Walt were checking for the same things Richard was looking for in Locke. It is also likely that Ben received a similar test at some point, probably before the Purge, which would explain how a non-island native could rise to a position of such prominence on the island; he managed to either pass or convince the Others he passed. 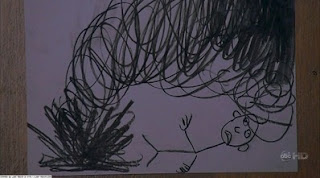 After all, Ben is adept at getting people to do what he wants but thinking they are doing it for themselves. We’ve seen it countless times before (most recently with Sayid following Nadia’s death) and he even complemented Locke on doing the same thing to Hurley this week. This wasn’t the only parallel between the two men in this episode: Locke’s flashback birth mirrored Ben’s (which we saw in an episode that aired one year ago this week), in that both were born unexpectedly and their births led to great sorrow in their futures (Ben was hated by his father for “killing” his mother in childbirth, Locke grew up lonely, desperate for a family, because he was given up for adoption). The timeline of both men shows how inexplicably the two are linked. Locke is born five years before Ben. When Locke is five, the year Ben is born, he is given a test by Richard that he fails. Success in the test almost surely meant Locke would have been taken to the island. Eleven years later, Ben arrives on the island as part of the Dharma Initiative, the same year Locke is in high school and Richard tries again to get him on the island via “science camp.”

The question becomes then, with both of these men tied to the fate of the island from their very 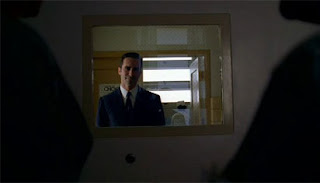 birth, who is the usurper and who is the usurped? Is Ben an acceptable stand-in while Locke gets his shit together and until Locke finally gets to the island on his own terms? Or is Ben the “chosen one” being passed over now by a failed candidate who is just now accepting his destiny and making Ben’s status suspect in the process? The events this week were all about comparing and contrasting Ben and Locke, two men tied to the island, one whose star is rising, another whose star is falling. As Ben said, destiny is a “fickle bitch” and it seems to have passed Ben over for Locke; however, one must wonder whether Ben truly believes that, or if he’s putting Locke out in front so that Ben can step back in after Locke takes a hit. After all, we’ve seen Ben in the future, carrying out his war to protect the island; we have yet to see where these events will lead Locke.

Back on the Freighter of Doom, a line is clearly drawn between Keamy and, well, everyone else. There are two agendas on this boat, and Keamy’s seems to be to kill lots of people. It is even 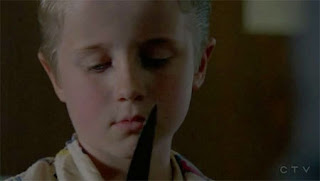 clearer that the island-bound Freighties are sincere in their insistence they mean no harm. Frank was hired to ferry scientists, and even the captain’s orders are more docile in nature than the “secondary protocol” of Keamy. Combined with Abbadon’s appearance in Locke’s flashback in which he, like Richard, seemed to be helping Locke realize his destiny (he planted the seeds of Locke’s Walkabout obsession, which was what led Locke to being on Oceanic 815) it seems that Abaddon may not be working for Widmore, at least not in the same capacity that Keamy is (then again, the other alternative is that Locke is the usurper, or that Widmore believes that to be the case, to the point that Widmore believes Locke’s presence on the island would destabilize Ben’s control enough so that Widmore could make another move for the island. So Widmore sends Abbaddon to point Locke in the direction of the island).

But Abaddon assembled the ‘scientist’ team, and hired Frank (who knew the wreckage Widmore presumably faked was staged) to fly them, and Naomi to protect them, rather than relying on Keamy’s mercenaries to do so. After this episode made clear the distinction between the mercenaries and Abbaddon’s “hires”, one has to wonder that while Michael may have been Ben’s man on the boat, perhaps the island has someone higher up undermining Widmore’s agenda.

Highlight:
Hurley and Ben sharing a candy bar, and the look on Ben’s face when Hurley offers. 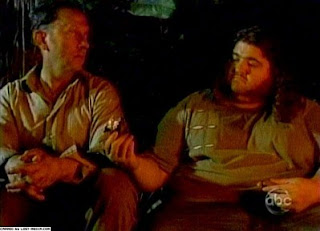 Also, all the crazy mythic overtones added to Locke’s backstory

Did You Notice:
It seems the island’s protection of Michael extends so far as to keep him safe from homicide as well as suicide. It seems more likely that Ben cannot kill Widmore (and vice versa, probably) for the same reason.

The opening of this episode (strange time/place with a golden oldie playing) paralleled the openings of the season two and three premieres.

Frank’s package to the Losties crashed into Claire’s tent.

Christian is not Jacob, we learned in a surprisingly forthcoming way, but he does speak for him.

It seems that in high school, Locke’s aptitude’s were in science despite his insistence he was a burly outdoorsman who loved physical activity and sports; even back then he was trying to be something he wasn’t, and perhaps this informed his Faith v. Reason arguments with Jack.

The comic book Richard set before Locke was called Mystery Tales; its cover asked “what was the secret of the mysterious 'Hidden Land'?”; other stories on the cover were “The Travelers” and “Crossroads of Destiny” 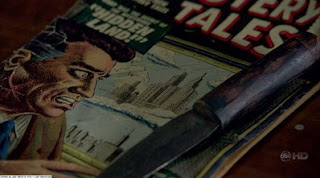 Horace’s nose was bleeding in Locke’s dream/vision, just as time-traveling Minkowski and Desmond’s did. 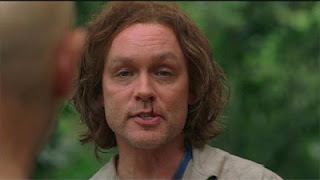 After Keamy slit the boat doctor’s throat, he asked “does that change anything?” Well, yes, it did: the doctor’s body will travel through the time anamoly, end up on the beach, and force Jack and Co. to confront Daniel and Charlotte, and learn once and for all to be suspicious of anyone from the freighter. Something tells me that will be important before season's end.

The folder Keamy pulled out of the safe had a Dharma logo on it.

Questions:
What is Abbadon’s agenda? Where do his true allegiances lie? 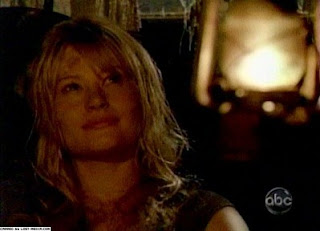 Thoughts of reincarnation has me thinking back to some theories surrounding Aaron at the end of the first season. Is it possible he is a reincarnation of someone, whomever it was Richard was checking on Locke?

What is the Book of Laws? 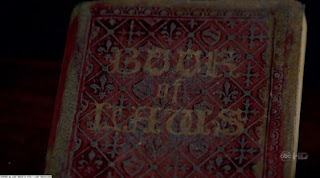 Where was Jacob during Christian and Locke's chat?

Did Christian enter into Jacob’s service when his body crashed on the island, or has Christian been in service to the island for much longer?

Is the island protecting Locke? Is that how he survived his premature birth, all the near misses we saw in flashbacks before Cooper pushed him out the window, and that fall itself?

If Desmond is still on the freighter, determined not to step foot back on the island, and Sayid is going back to ferry people to the boat, how will Desmond avoid becoming a member of the Oceanic Seven, and will he end up back on the island, or somewhere else?

Who was driving the car that hit Locke’s mother? Is the identity of the driver important?

What was that thing on Keamy’s arm? He doesn’t strike me as the suicide bomber type; perhaps a remote that detonates a bomb on the freighter? 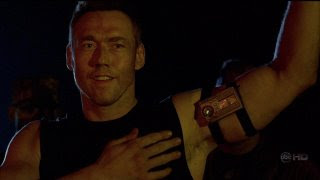 So how, exactly, does one move an island? And will they be moving it through space or…time?!? 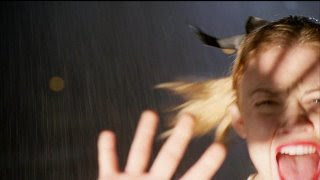