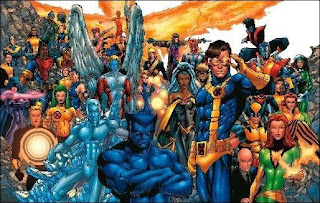 Here's the roster of X-Men I'd like to write, and what I'd do with them.

Cyclops: Duh. He’s as important as Xavier, but can actually change his outlook on ‘the dream”. Love the shacking-up-with-Emma, telling-Xavier-to-shove-it, running-the-institute-Cyclops. He’s still devoted to the dream but realizes new approaches are necessary. Also, he shoots energy beams from his eyes.

Emma Frost: You’d think I’d hate the idea of killing Jean and hooking Emma up with Cyclops. But I love it. Emma would be the team's telepath. She'd introduce tension amongst the other team members and tension between the team and Cyclops, since Cyclops sticks up for her. Plus, her ability to become diamond-hard would give the team some added muscle. Tough, no nonsense, and I like the idea of a reformed villain who is trying to be a hero, even though she’s not that good of a person. 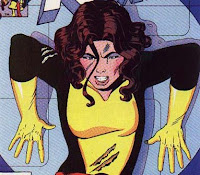 Shadowcat: The team genius, the one they send on recon, the one who hacks computers and cobbles together crazy alien tech. A genius ninja who can become intangible. She’d probably have an ‘off campus’ non-mutant boyfriend. I’d play her just like Joss Whedon does: she doesn’t trust Emma because to her, Emma will always be the first villain she ever encountered, leading an attack against her at a malt shoppe. Yes, shoppe. 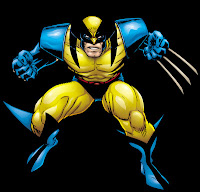 Wolverine: Wolverine is rarely around the mansion (a meta-fictional commentary on his status as Marvel’s Moneymaking Character). The team would often go on missions without him, but bring him in when he’s needed or actually around. And Shadowcat would be the only one who knows how to get in touch with him at all times.

Iceman: People always say Cyclops or Storm are the “heart” of the X-men; I’d make Iceman that. And by “heart” I don’t mean sappy, just funny. He enjoys doing this. He’s been doing it awhile. So more than being just the funny guy, he’d be the guy who really enjoys being an X-Man. And that makes him the ‘heart’ of the team. I also liked what Scott Lobdell started with him, the evolution of his power and his potential as a really powerful mutant. After all, not only can he transform himself into ice and hurl icicles and make ice slides, but he can control the ambient temperature around him, freezing all kinds of things. There’d be fun with Emma, from that time she took over his body and used his power better than he ever had. The two would spend time together with her training him and expanding his power.

Angel: I've always wanted to write a character whose only power is to fly. That’s it. Just…flying. He and Iceman would be BFF and Angel would be his straight man, the guy who shakes his head, pretending he doesn’t think it’s funny. And I’d play up the fact he’s been a super hero forever on a variety of teams. He’s experienced, and knows how to organize and run a company, and he’d bring that sensibility to the table. I’d also play up the rivalry between him and Wolverine, exacerbated by the fact that Angel thinks Wolverine’s frequent absences make him unreliable and less committed.

Juggernaut: The best idea to come out of the X-Men in the last ten years, was Juggernaut joining the X-Men. The X-Men are all about reforming villains, and I would totally play up the fact that Iceman and Angel fought against this guy since they were fifteen. He’d be my strongman and would have to learn that just charging headfirst into things isn’t necessarily the best strategy. I’d also have him develop a crush on Shadowcat, for some romantic tension.

As much as I enjoyed what Grant Morrison did with the idea of mutant culture and the explosion in the mutant population, and as refreshing and original as some of that was, I’d bring things back more to the “sworn to protect a world that fears and hates them” bit. Mutants would be feared and hated. The X-Men’d believe in the whole peaceful coexistence dream but they’d be so busy fighting evil mutants the only way they’d really be furthering the dream is by showing the public that some mutants aren’t all bad. Basically, they’d save a crowd from getting sat on by the Blob or something, and then that crowd would hurl bricks at them. They’d be outcasts again. And there would definitely be a huge brawl with the Sentinels at some point. I miss those.