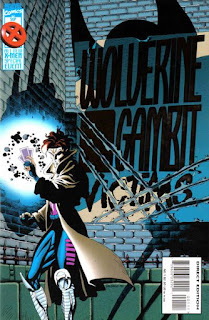 In a Nutshell
Gambit & Wolverine get embroiled in a series of London murders reminiscent of the Jack the Ripper killings.

Plot
Gambit, looking to put some distance between himself and his complicated relationship with Rogue, Gambit heads to London to look up an old flame. Upon his arrival, he discovers the city in the grip of a murder spree reminiscent of the Jack the Ripper killings; one of the victims is the woman he intended to look up, with evidence suggesting Wolverine may be the culprit. After coming to blows and being tormented by realistic illusions inspired by their memories, Gambit & Wolverine discover the killings have been orchestrated by Arcade and a woman named Martinique Jason, the daughter of Mastermind. Arcade claims he is framing Wolverine to pay him back for killing Miss Locke, his longtime associate, but when Martinique learns Arcade actually killed Locke, she turns against him, helping clear Wolverine's name & turning Arcade over to the authorities.

Firsts and Other Notables
The first of the three 1995 limited series published out of the X-office, this is a collaboration between Jeph Loeb and Tim Sale, the writer/artist team which would go on to create the classic Batman limited series The Long Halloween, Superman For All Seasons, and the Marvel "color" series (like Spider-Man: Blue and Daredevil: Yellow) which told stories about Marvel's iconic characters set within a specific time period. The pair worked together previously on a story in Uncanny X-Men Annual #18 (and on stuff for DC), but this is their first Marvel miniseries together.

This story introduces Lady Mastermind aka Martinique Jason, the daughter of the original Mastermind (who died of the Legacy Virus in Uncanny X-Men Annual #17). Curiously enough, she is not the only heretofore-unknown daughter of Mastermind to be introduced (she will eventually gain two half-sisters) nor the only one to have inherited her father's illusion powers (one of those half-sisters will also posses the ability and share the name "Lady Mastermind). The second Lady Mastermind is introduced by Chris Claremont in the early 00s in X-Treme X-Men, and I'm fairly certain he did so not realizing this character existed (and Marvel just rolled with there being two daughters of Mastermind running around). If it helps to keep them straight, this Lady Mastermind isn't the one who briefly joined the X-Men during Mike Carey's run. 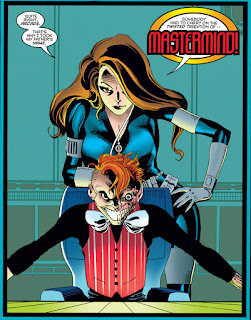 Arcade, whom we last saw in X-Force #29-30, gets a slight redesign in this story, with part of his face scarred/deformed (not unlike Two-Face); I don't believe it sticks outside this story.

The events which spurred Arcade to enlist Lady Mastermind to frame Wolverine, in which Arcade kills his longtime aid Miss Locke in a weird knife game gone wrong, occurs only in the flashbacks shown here (as far as I know). Miss Locke will turn up again in later stories, but given Arcade's penchant for using robot duplicates, it's unclear if those appearances are the real Locke or merely robotic duplicates. 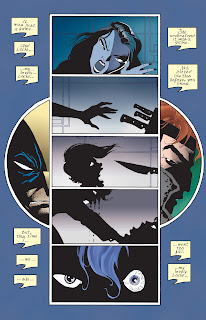 In a flashback in issue #3, the enmity between Yukio & Gambit, referenced when they encountered one another in Uncanny X-Men #312-313, is shown; Gambit basically turned her in to the London police as a way to get the heat off himself (and get him in the good graces of Alexandra Davies). 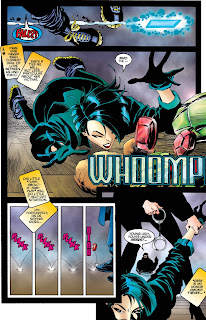 All of the issues feature a cardstock cover, with the first having additional foil enhancements.

The Chronology Corner
Gambit appears here between Uncanny X-Men #324 and #325, while Wolverine appears between issues #92 and #93 of his series.

A Work in Progress
Gambit, like Wolverine before him, gets a new “first time we’ve heard of her and we’ll never hear about her again but she’s super important to Gambit, we swear “ romance introduced this story in the form of London police inspector Alexandra Davies (who is killed early in the story). 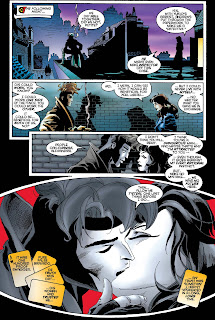 Lady Mastermind is said to be a pure telepath (unlike her father, who needed the White Queen’s help to get inside Jean Grey’s mind), while Arcade has upgraded from practical effects to VR.

The Grim 'n' Gritty 90s
Gambit has to wrestle with his inability to smoke on a plane, and his smoking habit in general becomes something of a running bit/plot point throughout the story. 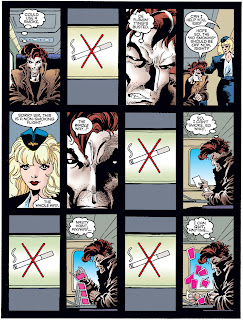 Austin's Analysis
The plot here isn't the best - there's a couple of mild twists (including Lady Mastermind turning on Arcade in the end out of a sense of female solidarity) but it feels a bit drawn out and overwrought - nor is the scripting - Gambit is a curious choice to cast as the lead of a noirish murder mystery, and little of the dialogue has much pop to it - but the art is absolutely gorgeous. This isn't Sale's first Marvel work, but it's definitely the work that puts him on the map at Marvel and with readers - there's a very clear through line from this to the later Loeb/Sale "color" miniseries, even if this is story isn't really about grappling with the thematic & iconic elements of classic Marvel characters.

Sale's work is moody & atmospheric, a perfect setting for the "Jack the Ripper" vibe of the story (in that, there's also a clear throughline from this to Long Halloween, though Sale had already cut his teeth on Batman as well), but also crackling with energy in places (his depictions of Gambit's power are both unique yet appropriate). If it suffers in places in terms of storytelling (it's sometimes difficult to place characters on the page relatively to each other or their environment, with Sale spending too much time "zoomed in" at the expense of establishing the physical setting of a scene), it makes up for it in strong panel composition & use of double-page spreads. In terms of the larger X-narrative, this series is often overlooked, understandably so: Arcade's redesign doesn't last, Wolverine & Gambit getting caught up in a murder mystery involving Jack the Ripper-style killings doesn't get referenced much, heck, this story isn't even the only one to introduce a female child of Mastermind. But it's gorgeous to look at, and worthy of recognition & revisiting for the art alone.