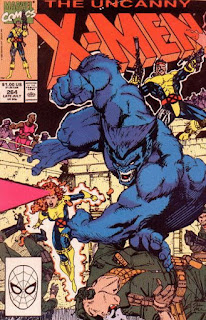 In a Nutshell
The Genoshans launch another attempt to retrieve Jenny Ransome & Phillip Moreau.

Plot
On the run from a team of Genoshan magistrates, Forge is hit by a police car containing Charlotte Jones and her partner, Murph. When the magistrates appear and Murph draws his weapon, they gun him down, destroying the car as Forge and Charlotte escape into the sewers, where Forge gives her a spare X-Men uniform for protection. Meanwhile, Val Cooper meets with Colonel Vazhin, who warns her he's traced the Shadow King to America, and that he may end up targeting her. In Manhattan, Jean Grey returns to Ship, while Forge and Charlotte fight their way through the sewers, defeating a group of magistrates before emerging back onto the street. At Ship, where Phillip Moreau and Jenny Ransome, along with Peter Nicholas, Callisto and Banshee, have gathered, Wipeout uses his power to disrupt Ship's functions, allowing Pipeline to transmit the Press Gang and a group of magistrates inside. 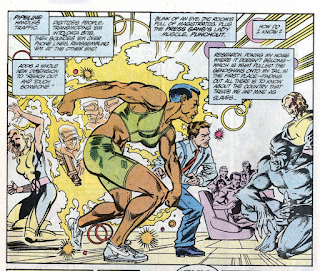 Insisting they're only after Genoshan property and a Genoshan fugitive, they attack the mutants, ultimately overpowering everyone but Beast. Outside, Forge and Charlotte reach Ship and spot Wipeout. As Beast counterattacks inside, Forge and Charlotte capture Wipeout, bringing an angry Ship back online, who easily subdues the Genoshans inside. However, the authorities are forced to release the Genoshans on extradition orders from the government, much to Charlotte's dismay. Beast does leak news of the Genoshans actions to the press, however, but Phillip and Jenny decide to leave regardless, as they're the one whose presence endangers their friends and they can't effectively lead a human rights campaign while hiding. As Banshee and Forge decide to stay with X-Factor, Peter and Callisto announce their return to Soho. Though Jean says they'll need Colossus, Banshee insists he's finally found his heart's desire, and earned his happy ending.

Firsts and Other Notables
This marks the end of Colossus' (as Peter Nicholas) involvement in the book for awhile, as Forge and Banshee agree to leave him be and not try to jog his memory about his true identity, letting him return to Soho with the still-beautiful Callisto. He will pop up in a couple Web of Spider-Man issues next, but we won't see him again until issue #279, while Callisto won't appear again until #291. 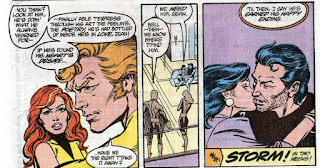 The Genoshans, including members of the Press Gang and another squad of magistrates, pop up again, still trying to reclaim Jenny Ransome and Phillip Moreau. This marks their final effort to that end before "X-Tinction Agenda", which features the Genoshans coming after the X-teams in force, once and for all.

Officer Charlotte Jones from X-Factor guest stars in this issue, teaming up with Forge to escape the Genoshan Magistrates who killed her partner when they got in the way of the Genoshans' pursuit of Forge. 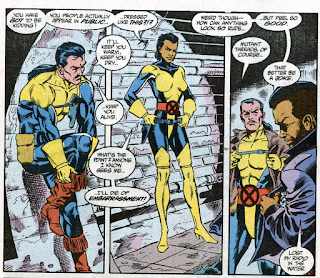 She is joined by Jean Grey, Beast, and Ship, where Forge, Banshee, Peter Nicholas and Callisto convene following the events of last issue. Banshee and Forge decide to pool their resources with X-Factor, working together in their quest to find the missing X-Men (they seem to have forgotten their previous desire to go to LA and get Dazzler), though in practice it pretty much just means Banshee and Forge popping in the next couple X-Factor issues and being on hand for "Days of Future Present" before "X-Tinction Agenda" pulls all the disparate narrative threads together and reunites everyone.

Following up their conversation from last issue, Colonel Vazhin and Val Cooper meet again, with Vazhin explicitly stating that the Shadow King is one of the factions he mentioned last issue, and gives us an explanation for his name (given here for the first time outside of Excalibur #22, when he was called the Shadow King of the Hellfire Club in that issue's alternate reality). He warns Val that as the head of mutan affairs in America, she may be a target of the Shadow King, which is setup for the next phase of the larger Shadow King story and the next story arc of the book. 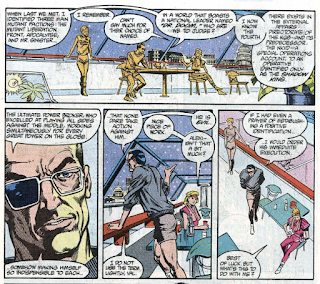 Creator Central
Mike Collins, who penciled the two Cyclops-centric backup stories in Classic X-Men #41-42, enters the Uncanny X-Men revolving door of artists with this issue; he'll be back for issue #266 as well.

Contributing to the overall "fill-in" feel of this stretch of issues, both longstanding letterer and colorist Tom Orzechowski and Glynis Oliver are absent from this issue. One or the other has occasionally missed an issue or two here or there since their respective runs on the series began, but it's rare that both miss the same issue.

Another Jim Lee cover, including a Lee-drawn Forge in the corner cover box that I believe popped up in various places around this time (I remember seeing it in Marvel Age, at least).

The Chronology Corner
Marvel Girl, Beast and Charlotte Jones all appear here during the events of X-Factor #56. 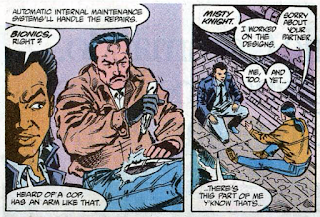 It's established that Ship in skyscraper form is tall enough that he occasionally rises above weather systems. 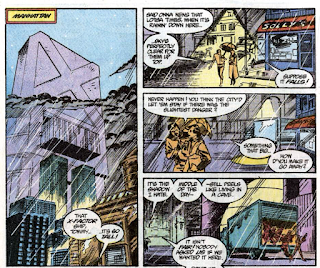 Jean's return to Ship, shown in X-Factor #56, is repeated here, though it doesn't quite lineup, as in this issue she's still sporting the sleeveless X-Men uniform as a result of her tentacles, whereas when in X-Factor she was wearing (presumably) a new uniform with regular sleeves. 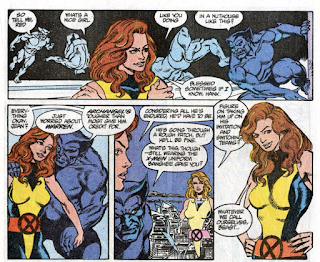 The Genoshans have an official term for their perceived right to go after their property anywhere they please, the Hot Pursuit Doctrine. 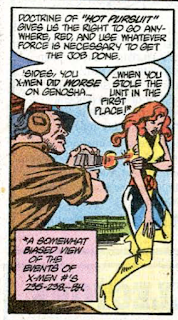 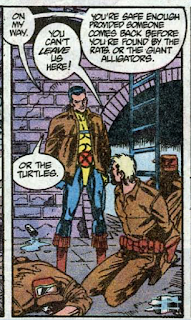 Build Up Your Vocabulary With Beast: Perspicacious
\ˌpər-spə-ˈkā-shəs\. Adjective. Of acute mental vision or discernment. 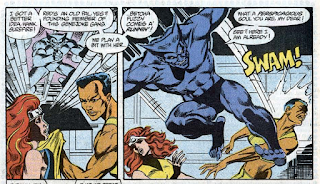 Human/Mutant Relations
Jean worries that X-Factor living sequestered in Ship, where no humans can enter, isn't helping human/mutant relations much. 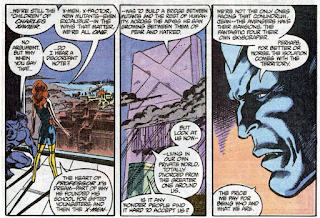 Teebore's Take
As much any issue can be in this run of nebulous storylines, this is a transition issue, wrapping up the Peter Nicholas/Callisto/Morlock story while setting up the subsequent return to the Storm/Shadow King plot, and "X-Tinction Agenda" beyond that. In that way, it's probably the best of the pre-Jim Lee non-team issues, in that Claremont continues to excel at table-setting done-in-ones, even if the pieces he's putting on the table aren't, individually, all that great.

This issue is also representative of this era's renewed interconnectedness between the X-titles (or, at least, the three "main" ones). X-Factor and New Mutants have already quietly swapped characters and storylines between them, which makes sense, given their shared writer. But after bringing Jean Grey over for two issues (and not really doing much with her), Claremont has even more fun with sharing here, writing an A-plot in which X-Factor's Charlotte Jones is essentially the co-star, and taking the logical step of having Forge and Banshee pool resources with X-Factor to find the X-Men, thus setting up their subsequent appearances over in X-Factor and the story in the upcoming annuals.

Like a lot of stuff from this era, the whole "Banshee and Forge search for the X-Men" subplot ultimately fizzles (the X-Men will be reunited, but Banshee and Forge don't do a whole lot to that end), but it makes so much sense for them to work with X-Factor to that end that it's nice to see the idea acknowledged. Plus, it's always fun to see Claremont take a shine to another writer's creation, as he clearly does here with Charlotte Jones. With all the X-teams scattered pretty much since "Inferno" (and with "Inferno" only briefly bringing them together after another long time apart), it's felt like ages since the three main series shared this level of interconnectedness, and while the various narrative threads of Uncanny X-Men remain scattered and are entertaining to highly variable degrees, returning to that interconnectedness is one of the highlights of this era.

Next Issue
Tomorrow, the "Cross Time Caper" finally, mercifully, ends in Excalibur #24, and Friday, Wolverine learns a lesson in peace in Wolverine #26. Next week, "Days of Future Present" begins in Fantastic Four Annual #23.