State of the Blog

With the summer movie season behind us and the fall TV season about to begin, I figured it was a good time to touch base on what to expect in terms of TV coverage moving forward. I've never felt terribly compelled to do one of these "state of the blog" posts before, usually sneaking them into the first TV post of the fall, but there's a bunch of stuff happening or about to happen that make a quick overall check-in worthwhile.

That is, I can't sneak this into this season's first TV post, because there won't be a regular TV post this year. I'm giving up the episodic TV review game, at least for the time being, for a couple of reasons. First and foremost, for those of you haven't heard the news on Facebook or Twitter, my wife and I are expecting our first child (a boy!) at the end of the year (on either 12/29 or 1/3, depending on which medical professional you choose to believe). While I have every intention of continuing to write regularly while doing my best to prevent my son from becoming infected by a techno-organic virus and taken into the future for his own well being, I recognize that, realistically, the amount of time and mental energy I will have to write will be diminished come 2015.


With X-aminations remaining my first priority and first love (and I have every intention of maintaining the schedule we're on with that moving forward, barring a few weeks the first part of the year where I may space some standalone stuff like limited series or annuals out to one a week, just to give me a bit of a cushion as I adjust to being a dad) and in order to get a little ahead of that game, as well as finish some non-blog writing before the big day (keep an eye on the Crimson Masquerade Facebook page for more details on that), something needs to give and, unfortunately, that's regular TV coverage.

Part of this is because, while I still plan to watch a fair share of TV even while I'm neck deep in poopy diapers, I realistically expect that it will become harder to watch it in a timely manner, and there's nothing worse than writing a review for an episode everybody's already done talking about. And I'd hate to start a regular review series now, then have to bail on it when it comes back after the holiday break. Part of it is also because, at least in terms of my SNL reviews, I feel like I'm getting repetitive. There's only so many ways to say "this host was surprisingly good", "this host was as bad as we expected" or "this host deserved better than the material he/she got", and while I'll miss calling out my favorite sketches and keeping track of stuff like how many monologues devolve into song (ie too many), taking some time away from writing about the show probably isn't a bad thing.

But we won't be entirely devoid of TV coverage here, as Dr. Bitz will be back in October with reviews of Walking Dead, and then in the spring with Game of Thrones. He also has a few ideas for some new regular features that I'm looking forward to, and I'm sure you all will enjoy them as well.

A few other housekeeping notes:

Even without a baby, I managed to see woefully few movies this summer, and I've already written at least a little bit about most of them, so I won't be doing a Summer Movie Report Card post this year. However, I am working on a "Last Summer in Pop Culture" post for next week or the week after, with some thoughts on the few movies I did see, as well as some stuff I read and watched over the summer. While "Last Week in Pop Culture" is no longer a regular feature, I reserve the right to dust it off as needed as an irregular feature (I may do something about the fall's new shows that I'm watching eventually as well).

In light of the lack of current TV coverage, I'm planning on keeping Retro Reviews of The Simpsons, posting most Mondays, going indefinitely, rather than taking my usual "traditional network TV season" hiatus. 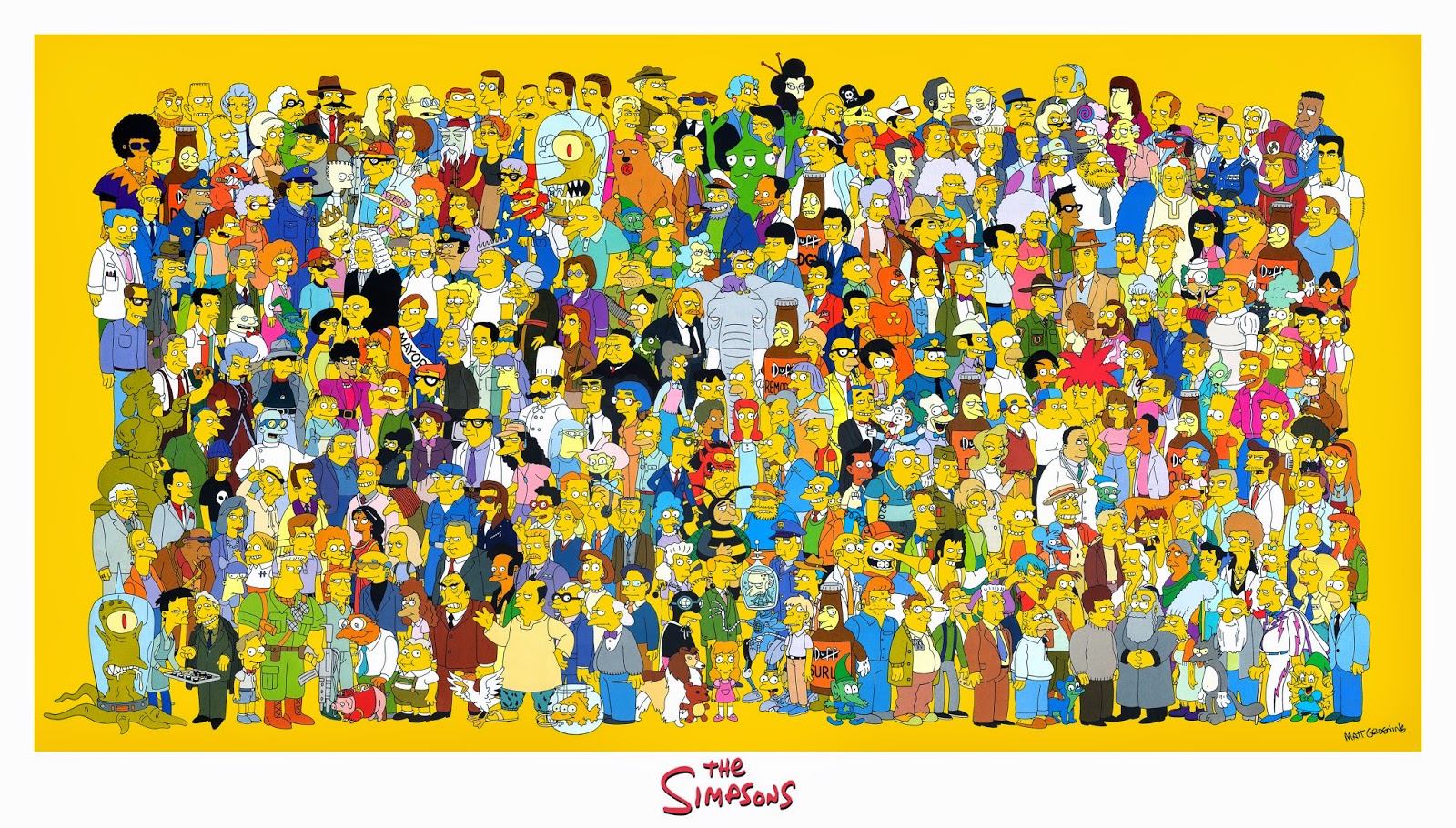 I've given up my Market Maven column at Capeless Crusader (mainly on the grounds of time and repetitiveness), but I am still writing occasional comic book reviews, feature articles and To Better Know a Hero posts for Sound on Sight, so be sure to check them out.

The Saved by the Bell Reviewed podcast, which Dr. Bitz and I co-host along with Full House Reviewed's Ryan Alexander-Tanner and Carolyn Main, is going strong (we recently reviewed the unauthorized Lifetime movie about the show, and are now back to covering regular episodes). As always, you can follow the show on Twitter and Tumblr, like our Facebook page, and rate and review us on iTunes.

Another reason I'm trying to free up my blogging time: I really want to do some kind of regular feature next year involving Star Wars, on account of the upcoming release of Episode VII and my continued belief that I simply don't write about Star Wars enough, given how big a deal it is to me. 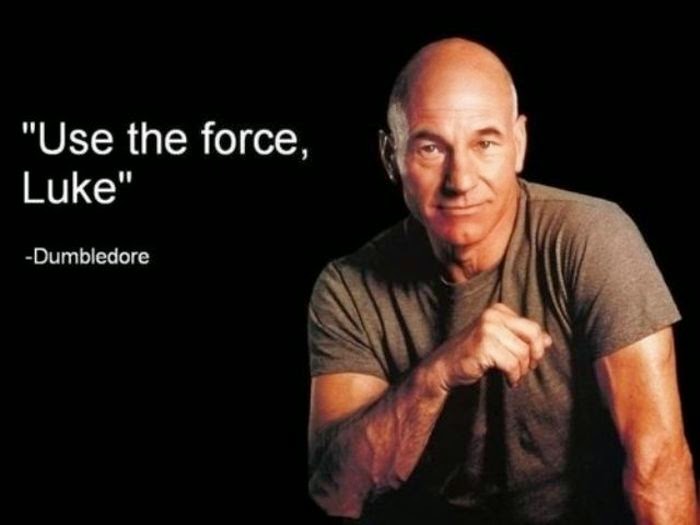 Inspired by the Joe-a-Day website I recently discovered, I'm also toying (pun intended) with the idea of some kind of semi-regular feature involving toys from my childhood. Basically, I have way more things I'd like to write about than time to do it.

Which makes for an awkward segue into this: earlier this year, Dr. Bitz and I acquired an actual domain name for the blog, which means for the first time we dropped actual money directly into the site (not a lot, granted, but some). We also have ambitions to move off of Blogger and onto our own site someday, which comes with its fair share of expenses as well. To wit, I've finally gotten around to adding a PayPal donate button to the blog. Think of it as a tip jar: if you like what you read here, throw a buck or two at us, the digital equivalent of the change you find in the couch or the cash you forgot you left in in a sweater pocket last winter (and if you've got a few extra million around and just want to pay me and Dr. Bitz to do this full time, well, shoot me an email). If you'd rather not give us money (even if you do like what you read here), that's fine; no harm, no foul. Either way, this should be the only time that tip jar is directly addressed: we won't be regularly calling it out or bugging you for donations. It'll just sit there on the page, silently entreating you to donate.


One final thing: comments. As some of you (particularly those of you who have been around for awhile) may have noticed, I've gotten a lot more lax about responding to each and every comment of late. While I'd like to say that will change moving forward, I can't commit to that, for all the reasons I've already blathered on about. I will continue to make a concerted effort to stay current in my responses, and I promise that I read (and will continue to read) each and every comment, even if I don't always respond to it directly. Honestly, some of the best parts of my days are when I check gmail or look at my phone and see that someone has left a new comment. I greatly enjoy and deeply appreciate the dialogue we generate on this site, and hope that continues, even if time doesn't always allow me to participate in it as fully as I'd like.

tl:dr: I'm having a baby, and won't be writing about new TV shows regularly anymore as a result, but everything else should stay the same, along with hopefully some new fun stuff.