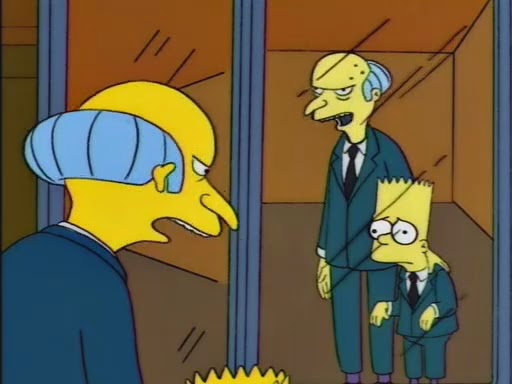 Or the One Where
Mr. Burns names Bart heir to his fortune, prompting a rift between Bart and his family.

The Setup
After nearly drowning in the bathtub, a child-less Mr. Burns holds auditions for a child to be named his heir and carry on his legacy.

Notable Notes
A scene involving Mr. Burns unleashing a robotic Richard Simmons on Homer was cut from this episode, but was included in the "The Simpsons 138th Episode Spectacular" episode.

This episode contains a parody of a THX pre-movie bumper (in which a man's head explodes ala Scanners and Grampa shouts to "turn it up!"). The THX executives liked it so much they had the scene redone in a widescreen aspect ratio and used it as an actual trailer before movies.

This episode taught me about the Falklands War, after Krusty delivers a pizza to Bart at Burns' mansion and we see a rerun of his show that he put on in his place, which first aired after the British invaded the islands in 1982. It's also the first time I heard the "Let's All Go to the Lobby" jingle.

Homer teaching Bart and Lisa that the takeaway from their failed auditions is to never try gets repeated by me quite often, along with Milhouse's plaintive "but my mom says I'm cool". 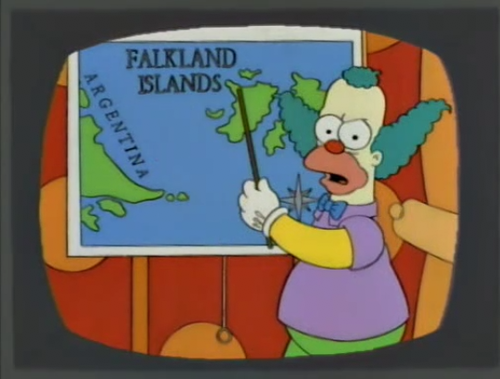 Quotable Quotes
Milhouse: I have nothing to offer you but my love.
Burns: I specifically said, no geeks!
Milhouse: But my mom says I'm cool...
Mr. Burns: Next!

Marge: I think Bart and Lisa are feeling a little upset right now. Isn't there something you'd like to say?
Homer: There sure is. Kids, you tried your best, and you failed miserably. The lesson is, never try.

Mr. Burns: Now that you've agreed to reap the windfall of my death, I must return to my large, empty mansion to rattle around and await the inevitable -- alone.
Marge: Are you thinking what I'm thinking?
Homer: Yeah. Let's push him down the steps.

Bart: And I had the greatest time! Mr. Burns' house has everything -- a hedge-maze, a moat, bleached hardwood floors, and a bottomless pit.
Lisa: It couldn't possibly be bottomless.
Bart: Well, for all intents and purposes.

Homer: Bart, you're coming home.
Bart: I want to stay here with Mr. Burns.
Mr. Burns: I suggest you leave immediately.
Homer: Or what? You'll release the dogs, or the bees, or the dogs with bees in their mouths and when they bark they shoot bees at you?

Lionel Hutz: And as for your case, don't you worry.  I've argued in front of every judge in this state -- often as a lawyer! 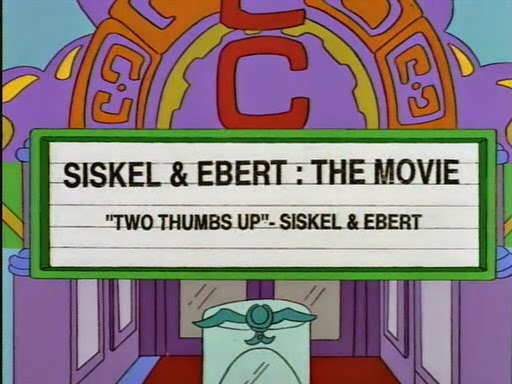 Teebore's Take
Though he's been featured in episodes since season two, season five is really a banner year for Mr. Burns. In addition to strong supporting roles "$pringfield" and the forthcoming "Lady Bouvier's Lover", he also gets a pair of spotlight episodes, the all-time great "Rosebud" and this one. Bart and Mr. Burns is a pairing that had never really been explored before (Burns had hit the boy with his car once upon a time, but that's about it), and this episode succeeds in part for the way it draws parallels between the two characters, the idea that, if Bart is pure id checked only by the limitations of his age, then Mr. Burns could be viewed as the id unchecked, free to do whatever he wants thanks to his tremendous fortune. It also succeeds thanks to its examination of Bart's place within the Simpson family. Just as the family realizes it needs Bart and his random acts of destruction to keep things interesting, Bart discovers a certain emptiness when he's faced with no limits, a rebellious prankster unable to rebel against anything.

The season's second great Mr. Burns episode, as well as a strong one for Bart. Plus, it's continues the season's trend of big laughs throughout, including some more frequently-quoted lines. 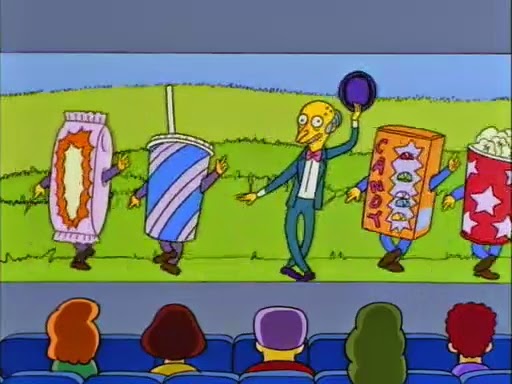