Retro Review: Bart Gets An Elephant 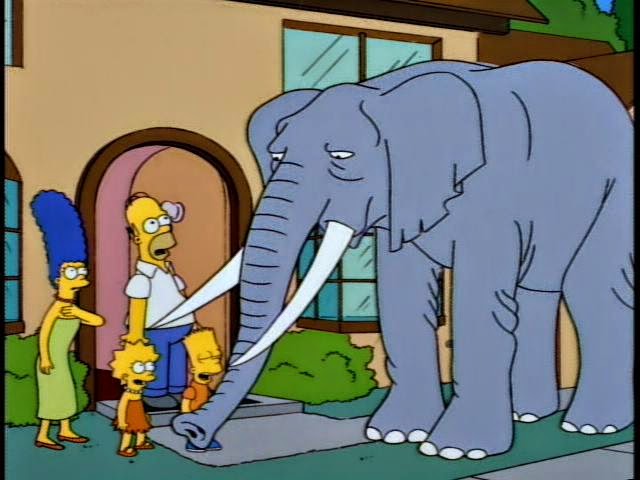 Or the One Where
Bart, uh, gets an elephant (the episode titles of late have been particularly descriptive in terms of plot).

The Setup
Trapped in the house by Marge for a vigorous bout of spring cleaning, Bart wins KBBL Radio's call in contest. Given the choice between $10,000 or the gag prize of a full grown African elephant, he chooses the elephant.

Notable Notes
Though not named, this is the first appearance of Cletus Spuckler, as one of the "slack-jawed yokels" who pays to interact with Stampy. Cletus will, of course, earn a name and become one of the show's recurring supporting characters.

And it's the first appearance of Stampy the elephant (duh), who will pop up occasionally in the future, but not to the extent of Cletus. 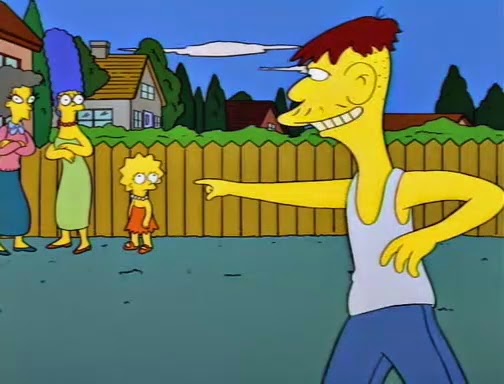 Quotable Quotes
Bart: Uh, it's hard for us to leave when you're standing there, Mom.
Homer: Push her down, son.

Marge: I really think this is a bad idea.
Homer: Marge, I agree with you -- in theory. In theory, communism works. In theory.

Lisa: Taught Stampy any tricks yet, Bart?
Bart: Nah. He doesn't want to learn, and I don't want to teach him. We get along fine.

Mr. Blackheart: Mr. Simpson, I think you'll find this amount more than fair.
Lisa: Dad, I think he's an ivory dealer! His boots are ivory, his hat is ivory, and I'm pretty sure that check is ivory.
Homer: Lisa, a guy who's got lots of ivory is less likely to hurt Stampy than a guy whose ivory supplies are low.

Lisa: Dad! You're sinking.
Homer: Huh?
Marge: Get a rope, Bart!
Homer: Naw, that's OK. I'm pretty sure I can struggle my way out. First I'll just reach in and pull my legs out, now I'll pull my arms out with my face. 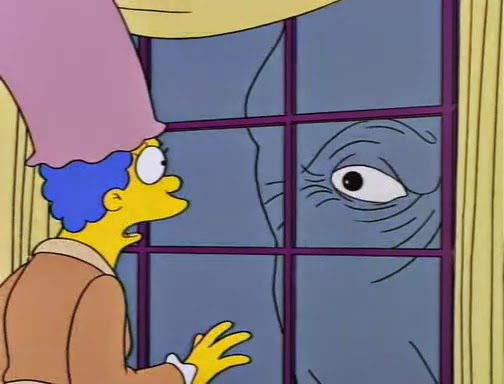 Teebore's Take
I love this episode. It takes a ridiculous premise (Bart gets an elephant) and follows it through to its logical conclusion (the elephant is eventually turned over to a nature preserve more well-equipped to care for it), packing in a ton of jokes (and an important lesson in political theory) along the way. The outlandishness of the premise is mollified by the plot of the episode being all about how ridiculous the entire thing is: once Bart gets the elephant, pretty much everything that happens after that is predicated on the idea that the Simpsons simply cannot afford to keep and care for an elephant. And at the center of everything is the surprisingly sweet bond formed between Bart and Stampy, a pair of troublemaking misfits (one of whom is a bit of a jerk) who find a kindred spirit in the other. Amongst all the jokes and whacky antics, their relationship keeps the whole thing grounded.

Another all time great built on a ridiculous premise that holds up thanks to the strength of its character work. Plus, the first appearance of Cletus! 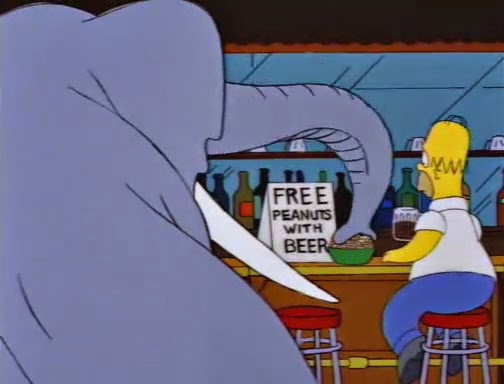