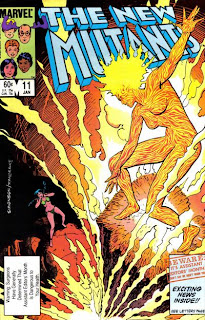 In a Nutshell
Magma helps the New Mutants defeat Selene.

Plot
Amara attacks Selene, who defends herself by animating the rock within the cavern. That use of power leaves Selene old and frail, but she sacrifices her followers to rejuvenate herself. Turning to Dani, she entrances her, declaring her intent to use her and the other New Mutants to conquer the world. Dani fights her influence, just as Amara escapes from the rock and attacks Selene again, blasting her with lava. Dani vows to help Amara, just as Selene suddenly drains Amara's lifeforce. Meanwhile, Senator Gallio triumphantly leads Senator Aquilla away in chains, much to the consternation of Sam, Roberto and Rahne. Spying a red-haired woman amongst Aquilla's captured slaves, Roberto steals a guard's armor and follows her. Inside a dungeon, he discovers his captured mother being taunted by Castro. Roberto knocks out Castro, then frees his mother.

She explains that she was rescued from the river by a group of Amazons comprised of young women from Nova Roma sent into the jungle to escape Selene. Back at Gallio's palace, Gallio plots to dispose of Sam and Rahne now that he's captured Aquilla, when Amara suddenly bursts through the floor, looking for her father. Just then, Roberto and his mother arrive, leading a group of Aquilla's Legionnaires and Amazons. The New Mutants join the fray and help defeat Gallio's men, while the freed Aquilla kills Gallio in a swordfight. Amara explains how touching the earth restored her life force, and leads the New Mutants into the caverns where Selene is still holding Dani. The New Mutants attack her, with Sam blasting a hole in the cavern to allow in sunlight, recharging Roberto, who tosses Selene into a deep fissure created by Amara. Filling the fissure with rock, Sunspot is admonished for trying to kill Selene, though Roberto fears there's no way to truly destroy her. With Selene defeated for now, Amara worries whether her power will make her a hero like the New Mutants, or a monster like Selene.

Firsts and Other Notables
This issue was released as part of Assistant Editors' Month, though aside from the blurb on the cover and the extra head in the cover box, everything is business as usual.

Roberto's mother turns up alive and well, and, after overhearing Castro taunting her, Roberto finally learns about his father's dark ambitions, something that will define their relationship from this point forward. 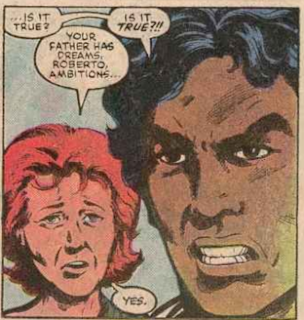 A Work in Progress
In addition to her psychic powers and ability to drain life forces to sustain her youth, it's revealed that Selene can also control inanimate objects. She is also described as a "psychic vampire" for the first time. 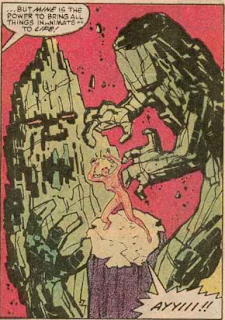 Dani mentions that Amara is the right age for her mutant power to manifest, again affirming the connection between the manifestation of mutant powers and puberty.

Judo is apparently the preferred martial art of the Xavier School for Gifted Youngsters. 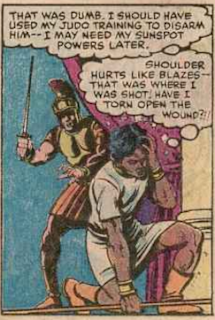 Sam learns that his protective field while blasting extends to protect him from anything he picks up.

Roberto actively tries to kill Selene, and is called on it by Sam, but Roberto waves it off, saying she likely survived. 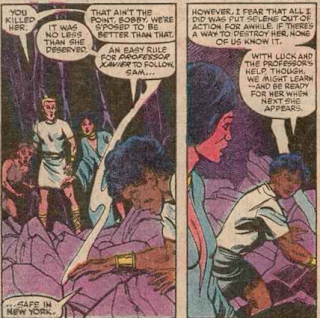 I Love the 80s
Dani once again spends most of the issue in the skimpiest outfit possible.

Selene refers to Dani's companions as the New Mutants; I'm not entirely sure she should be familiar with that term, unless she read it in Dani's mind off-panel.

It takes Dani far too long to come to the conclusion that the young woman covered in lava could be a mutant.

ClaremontismsSam is once again described as "nigh irresistable" while blasting, and we're reminded again that Roberto is not invulnerable. 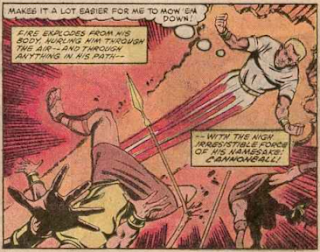 Teebore's Take
The best thing you can say about this issue is that it finally brings the Nova Roma story to a close (though it'll still be a couple issues before we're back at the mansion, as we deal with the fallout of this story). As such, the vast majority of pages are handed over to action, pushing aside the character bits that helped elevate last issue. Claremont introduces an interesting idea in the fact that Roberto goes out of his way to try and kill Selene, though the moral question is quickly tossed aside in the next panel when it's suggested she probably didn't die anyway. And considering the whole thing was brought up three panels from the end of the issue, any serious discussion would have to be held for the next issue anyway. In any event, at five issues (plus next issue's quasi-epilogue) this story is officially at least an issue-and-a-half too long, so it's good to see the title finally moving past it.

Next Issue
Uncanny X-Men #177 features the return of the Brotherhood of Evil Mutants, while New Mutants #12 finds the kids chilling in Rio.
Newer Post Older Post Home
Posted by Austin Gorton at 10:30 AM