Ten Pop Culture Things For Which I am Thankful 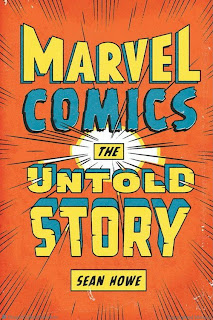 No less than a narrative history of Marvel Comics, culled in part from new interviews between the author and a smorgasbord of Marvel creators, editors and business people, I picked this up on the strength of a review at Longbox Graveyard (well, picked it up immediately; I was going to get it eventually) and have since fallen asleep most nights reading it (because I'm forcing myself to stay awake to keep reading, not because it's boring). I'm currently coming up on the inception of the New Universe, and it's remained a compelling, fascinating and fun read. Highly recommended to any fan of Marvel Comics (though not to any fans who don't want their image of a happy Marvel Bullpen working in tandem to churn out comics with no conflict whatsoever tarnished).

Doritos Locos Taco
Not as good as the Chicken Club Chalupa (when's that coming back, Taco Bell?!?) and not nearly as awesome as it should be, but it is still pretty awesome... 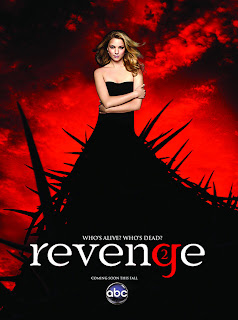 I don't write about this show regularly (because I fell so far behind; I'm currently closing in on the end of the first season), but the adventures of what some have called the Hamptons Batman are fantastic soapy fun that bring me back to my days of watching General Hospital and Melrose Place. Also, everyone involved is very nice to look at, which never hurts.

Christian Bale's Batman voice
Because of all the unintentional hilarity to which it leads.

TV Comedy
Every time a new episode airs, I'm forced to re-evalute if Community, Parks and Recreation, Bob's Burgers or Happy Endings was the funniest show of the week, and that doesn't even count the older favorites or more populous shows I also enjoy (like 30 Rock, How I Met Your Mother, Family Guy, American Dad, The Simpsons, Modern Family, The Big Bang Theory, New Girl and Suburgatory) or stuff on cable (like The Venture Bros., Futurama, and Wilfred). It's a good time for comedy on TV.

That scene in Road House when Patrick Swayze rips out that dude's throat with his bare hand.

I mentioned it in a Thanksgiving post two years ago, and Dr. Bitz just brought it up as well, but it's worth repeating that this is a great show and one of the best adaptations of a comic into another medium. It's a shame it's over, but I'm thankful for the episodes we did get.

Perd Hapley
The Thing About Me Is, I'm Perd Hapley