The first weekend of October each year is host to Fallcon, the largest convention in the area and the premiere event of the local comic book community, hosted by the Midwest Comic Book Association.

This year was the 20th Anniversary of Fallcon. Every year, the show gets bigger and bigger, in terms of dealers, creators, and attendees. Thus every few years the show gets moved up into a bigger venue. After spending several years in the State Fair's Education Building, this year we moved on up to the big time, State Fair-wise: the Grandstand.
Needless to say, during setup for the con it was odd to walk a deserted Grandstand void of hubcap clocks, Minnesota Moccasins and throngs upon throngs of people. 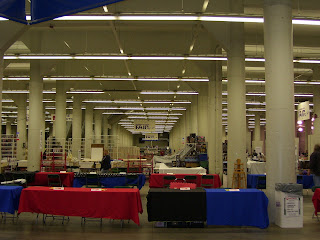 The empty floor before the doors opened
The larger venue definitely paid off. Several big name creators, including Howard Chaykin (more on him later) and Don Rosa (the modern master of Disney's Scrooge McDuck comics ) attended. There were more people in costume than ever before. The line before the doors opened Saturday stretched from the main entrance of the Grandstand back and around the WCCO booth and stayed that long for the first hour of the show.

The biggest addition to this year's con, for me at least, was Mrs. Teebore. 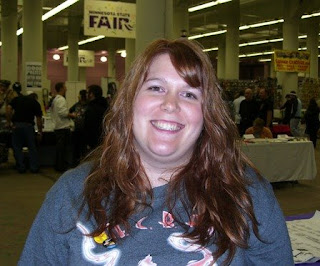 That's right, my blushing bride decided to brave the Geek Horde and don the proud t-shirt of a Fallcon volunteer this year alongside me and my brother. She quickly took charge of the creator check-in table and was the de facto information desk, becoming the go-to gal for creators and attendees alike with all manner of questions, including where Herb Trimpe was (sadly, the big name Marvel Silver Age artist and this year's marquee guest got sick and couldn't make it), if Frank Miller was at the show ("the Frank Miller," she asked? "Hardly."), and whether 21 was too old to still be living with your parents (Seriously-she was asked that question). She even managed to get hit on by Brainiac. 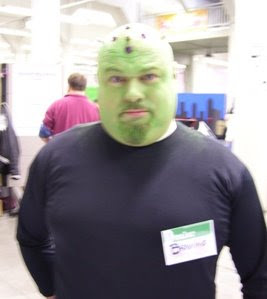 Brainiac was actually very nice for a super villain

The costumed folk were out in larger numbers than ever. The Bat Family was well represented 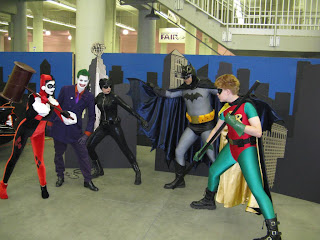 including several different incarnations of Batman, Joker, and Harley Quinn. 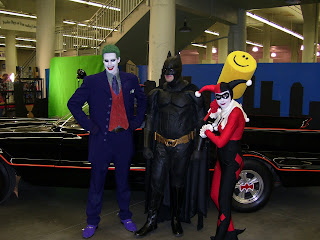 That group is standing in front of one of a fan favorite at the con, a custom-made, street legal Batmobile. 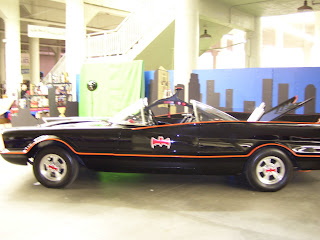 The owner and creator is, of course, the Batman seen in the pictures. He has three different Batman costumes (Adam West, Christian Bale, and a current comic book look) and to accompany his Batmobile, the Batcycle, complete with Robin's sidecar featuring the detachable go-cart. 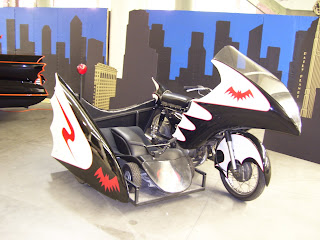 Other DC heroes were in attendance 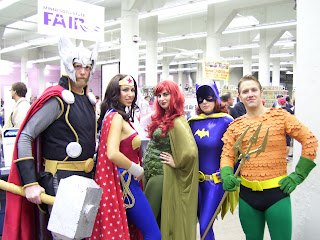 as was Spider-Man, doing whatever a spider can. 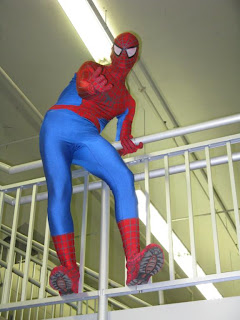 The Ghostbusters made an appearance, but I missed getting their picture, though I did snap a pic of their car when I ran out to get coffee for Howard Chaykin. 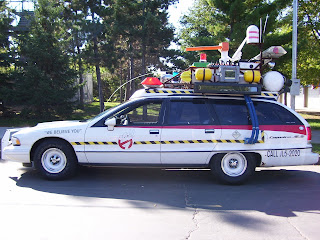 The Minnesota Force was out in full force (pun intended) 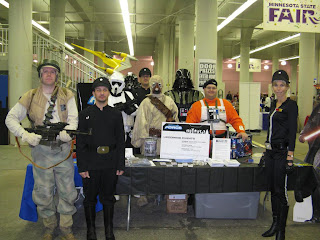 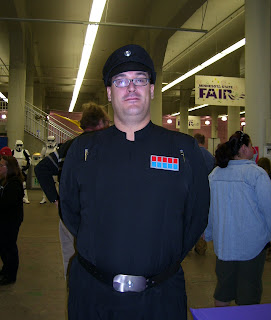 and, of course, Darth Vader. 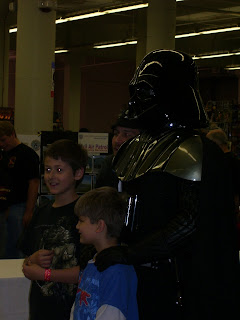 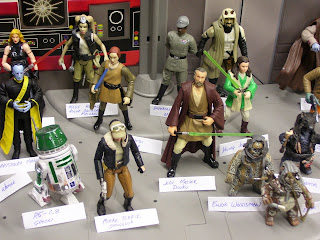 Unfortunately, I once again failed to snap a pic of the Gonk droid.

Amongst the usual comic book writers/pencillers/inkers/illustrators, there was a guy who made his prop replicas 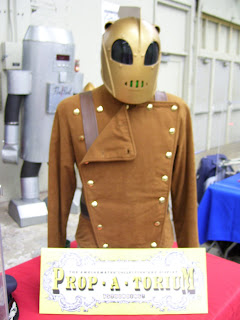 including some neat-o lightsabers. 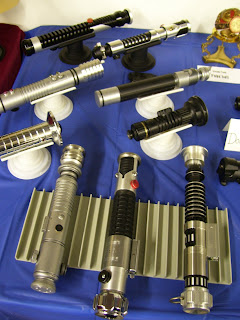 There was also a table of custom supehero Legos. 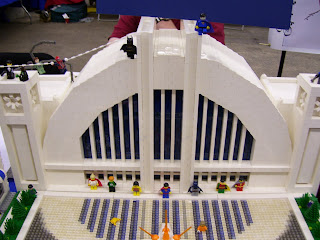 Check out the angry hook-handed Aquaman in the Hall of Justice fountain: 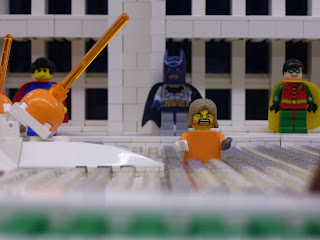 One of the perks of volunteering (aside from free admission and awesome wardrobe additions) is the steak fry held after the doors close on Saturday night, in which volunteers and creators mingle over surprisingly good food. This year's evening soiree was host to a Fallcon first: a wedding. Longtime MCBA volunteers Mike and Lisa were married in a ceremony presided over by Len "I created Prime" Strazewski in front of a gathering of their family and friends, attired in either formal finery or an assortment of costumes (my personal favorites: the parents dressed as Joker goons with their son decked out as the Clown Prince himself and the Homer, Marge and Maggie triumvirate), as well as the MCBA volunteers and creators.

The highlight of the evening for me was either discussing baseball with Phil Hester (who's drawn a ton of stuff, including Kevin Smith's run on Green Arrow years ago) while in the chow line (we chuckled at the Brewers lack of offense against the Phillies and discussed Prince Fielder's vegetarianism) or sitting down to dinner with three of the biggest names at the con this year: Nom Breyfolge (Batman artist extraordinaire), Howard Chaykin (profane and opininated creator of American Flagg, who also illustrated the first Star Wars comics back in '77) and John Ostrander (a stalwart of Dark Horse's Star Wars comics and the author of one of the internet's favorite books, the 1980s incarnation of the Suicide Squad).

Chaykin dominated the politically-loaded conversation, goaded in large part by Norm Breyfogle. Near as I could tell, Chaykin and I share similar political views, only his are expressed in a more profane and acerbic manner. I also learned that the holdup on collections of Ostrander's Suicide Squad is due to a dispute between he and DC they are trying to work out regarding the best format in which to reprint the issues: either in cheaper black-and-white (ala the cancelled Showcase Presents volume) or slightly more expensive color volumes. All in all, it was certainly a distincitive and fun end to the first day of Fallcon.

Next: A Weekend At Fallcon: The Swag
Newer Post Older Post Home
Posted by Austin Gorton at 2:00 PM