By blogger's count, this is the 200th post on Gentlemen of Leisure. To celebrate (and to publish some more comic book-related material) here's a look at the 200th issues of some notable comic books. 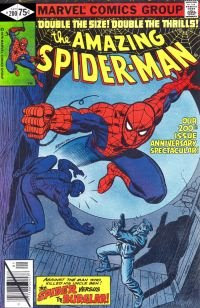 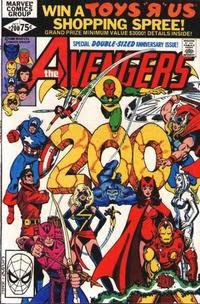 Avengers: Ms. Marvel's mysterious and speedy pregnancy results in her giving birth to a rapidly aging son, who turns out to be Marcus, son of Immortus, who brought Ms. Marvel to Limbo a few issues previous in order to hypnotize her into having sex with him so he could impregnate her with himself in order to be born back on Earth. In the end, he goes back to Limbo with a seemingly willing Ms. Marvel. The Avengers are okay with all of this this for some reason... 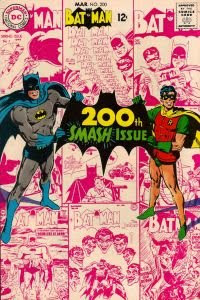 Batman: Awash with fear thanks to the Scarecrow, Batman and Robin recall their origins and rededicate themselves to crime fighting, eventually turning the tables on the fear-mongering rogue. 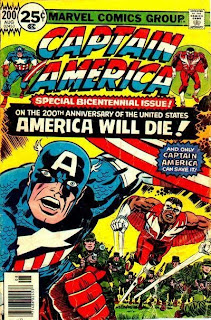 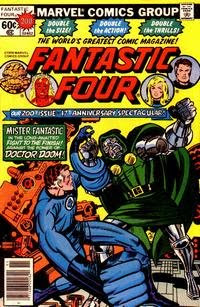 Fantastic Four: The Fantastic Four battle Dr. Doom to prevent him from using his Hypno-beam to enslave the United Nations. 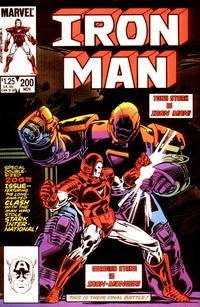 Iron Man: Tony Stark dons a new suit of Iron Man armor after a lengthy absence (brought on by the resurgence of his alcholism) to take down his rival Obadiah Stane in a story from which the movie drew partial inspiration. 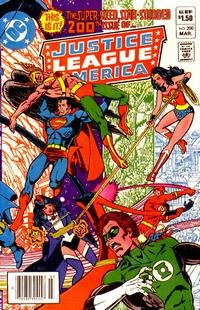 Justice League of America: The original Justice League members, possessed by aliens, battle the newer recruits in chapters illustrated by character-appropriate artists of the day. 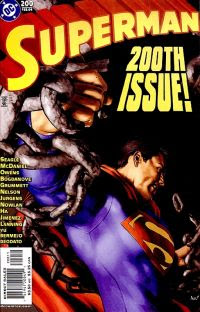 Superman (vol 2): The modern Superman continuity is slightly (and quietly) rebooted as a Supergirl dies and Superman battles Brainiac 12 in the future. 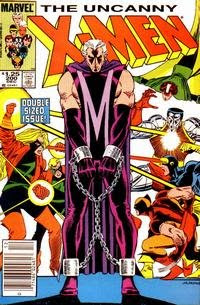 Uncanny X-Men: The X-Men battle Fenris while Magneto goes on trial for crimes against humanity. In the end, he accepts stewardship of the X-Men when Professor X leaves Earth to hang with his alien girlfriend (he claims it's for health reasons...). 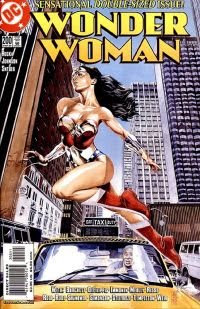