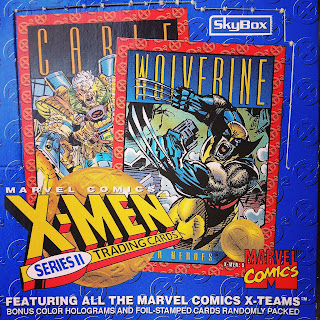 May kicks off with a handful of "X-Cutioner's Song" epilogues (all three of which are pretty top-notch), a pair of new storylines kicking off, and, thankfully, more Alan Davis Excalibur.

Then, a couple of short weeks on account of the local comic book convention at which I volunteer followed by my birthday and some family stuff, in which we'll look at the next waves of X-Men action figures and the second set of X-Men-specific trading cards.