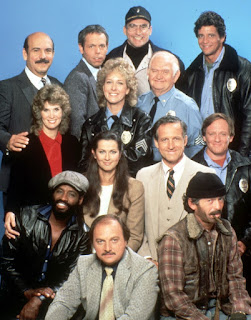 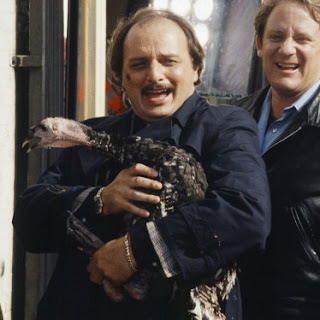 Approved By Broadcast Standards & Practices
Sometimes it’s fun to watch these old episodes just to see what you could and couldn’t get away with on TV during this era.  The issue of television violence was a political football in the ‘80s, and as absurd as it sounds today, public concerns about violence did influence the content of television in this era.  Just recently, I discovered that one reason why CBS ditched The Incredible Hulk was over concerns about its “violent” content.  (Imagine someone showing those execs something like the Netflix Daredevil series!)

Hill Street skirts around the violence issue in off-putting ways.  One rule is that if someone is shot, stabbed, or even hit with a crowbar, the camera always cuts away before you see the actual impact.  Given the limitations with TV editing at the time (there was no way to cut the episode together digitally), this leads to some awkward edits.  And if someone is shot and killed, the camera is careful not to show the body.  Dead bodies do occasionally appear -- one episode has the beat cops replacing morgue workers on strike and collecting bodies from apartments -- but you can’t show a body that’s a recent victim of violence.

Other noticeable moments of censorship…characters “whiz and moan” instead of “piss and moan”…a country star idolized by Officer Renko snorts cocaine right in front of him, but the camera abruptly cuts away…and any specific terms relating to sex are danced around.  Lt. Hunter, for example, is concerned that he’s only made “one kind of love” with his new girlfriend.  And that storyline had to cause problems with the censors…his girlfriend is actually transgender, possibly the first transgender character on television.  No specific terms are used, but it’s made clear that she was born a man and now living as a woman. 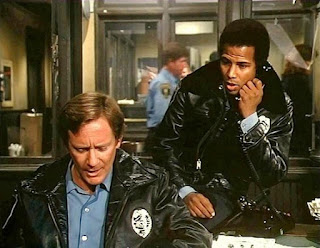 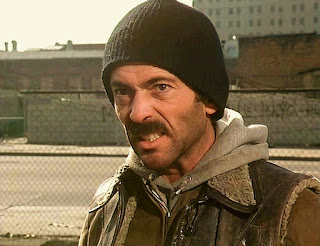 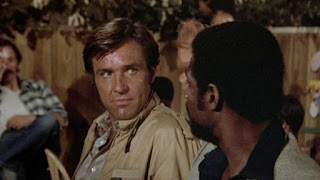 Next Time: The cast of NYPD Blue grows prettier and prettier.