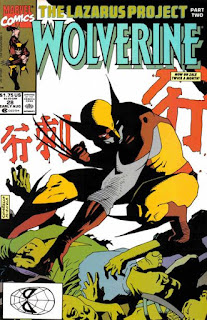 In a Nutshell
An amnesiac Wolverine battles mercenaries after the Master Form.

Plot
An amnesiac Wolverine washes up on the shore of the island Rumika, and proceeds to save one of the locals, Jian, from a shark attack. Jian takes Wolverine to the town elder, who offers him a place to stay while he recovers his memories. Over time, Wolverine grows closer to the villagers as his memories struggle to return, even while the village is being watched by Merrick and Target, making sure the Master Form remains safe. Meanwhile, Karma, learning of her uncle's interest in the Master Form, realizes she must act now to stop him. On Rumika, a group of mercenaries seeking the Master Form attack the village just as Karma arrives. Karma does what she can to save the villagers, but it is ultimately Wolverine who kills most of the mercenaries. In the aftermath of the attack, Merrick and Target enter the village, pleased to find the Master Form safe despite the losses inflicted on the village. However, Wolverine recognizes Merrick's scent as having been on the mercenaries. Realizing Merrick set up the villagers, a horrified Target kills him, declaring he wants to find out the real secret of the Master Form. Karma agrees, as Wolverine, the sight of all the dead jogging his memories, finally remembers who he is.

Firsts and Other Notables
Karma decides to interfere in his efforts to claim the Master Form in this issue. 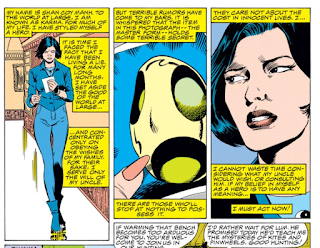 Creator Central
Barry Kitson, whose work I've enjoyed on JLA: Year One and Mark Waid's Empire (amongst other things) fills in on this issue, as the series continues to await the arrival of Marc Silvestri. His work here is fairly generic, with only a few glimpses of his later style appearing throughout.

A Work in Progress
Karma recalls the deaths of her parents, which don't quite jibe with how they've been depicted before, in which both were slain by pirates. 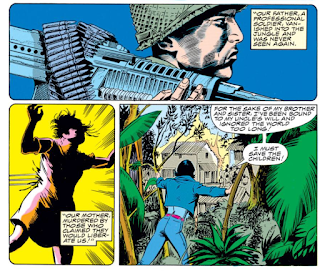 The Reference Section
One of the mercenaries declares it's "Miller time" after the battle. 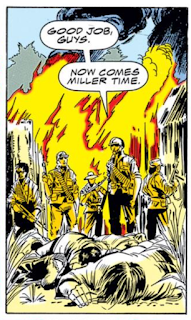 Spending the second issue of a four part story on a pretty standard "main character has amnesia" plot doesn't seem the wisest decision, especially one that takes him away from his principal setting, features few of the series' supporting cast which were featured in the first part of the story (Karma being the only quasi-series regular to appear other than Wolverine), nor any of the villains setup in the previous chapter (aside from a brief shot of the Pinocchio robot and its creator as Wolverine struggles to remember who he is) and which only barely moves the storyline forward and does very little to further develop what's going on (we still no idea what the titular project is nor what the Master Form is and why everyone wants it).

Basically, this is a time-killing stall issue, and while those are more common (though still irritating) towards the end of a storyline (usually slotted in an issue or two before the finale) it's rarer to find one serving as the second chapter, especially in a storyline that isn't terribly long to begin with. Last issue seemed like a strong start to the storyline; this issue immediately squanders whatever interest, however apprehensive, in the plot it generated.