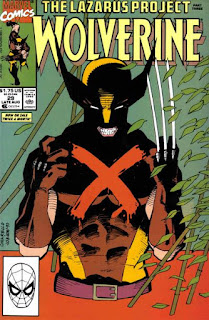 In a Nutshell
Wolverine, Karma and Target recount how they came to be on Rumika.

Plot
On Rumika, Wolverine, Karma and Merrick burn the dead mercenaries, then tell each other of how they came to Rumika and their connections to the Master Form: Wolverine, who ended up on the island following his encounter with Dr. Page and the Pinocchio robot in Madripoor, Karma, who came to stop the mercenary attack after learning of it from her uncle, and Target, who was duped into believing he was protecting the Form by Merrick, who was actually responsible for killing Target's family when he was a boy and his father was working with the Master Form. Just then, a trio of mercenaries appear on the island. Working together, Wolverine, Karma and Target kill them, then add their bodies to the still-burning funeral pyre. Wolverine, having decided on their next move after listening to each of his companion's stories, tells them to get ready to leave. But first, he places the Master Form before the fire, declaring that Rumika died for it, so it shall remain on the island as a representation of its people. Then he tells Karma and Target their destination: Madripoor.

A Work in Progress
Karma introduces herself as Shan Coy Manh, her first name spelled phonetically instead of "Xi'an".

Wolverine describes himself as Tyger Tiger's bodyguard, which I don't think has ever been said that explicitly before.

In one of the exposition pages, Wolverine mentions smelling Merrick (the guy Target killed last issue, who sent the mercenaries to Rumika) in Page's lab back in issue #27, something that hasn't been mentioned before. 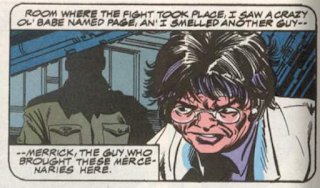 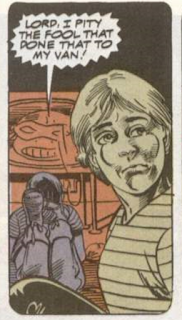 Teebore's Take
Hooboy. So this is the penultimate issue to this four part storyline, which means we're heading into its conclusion still completely ignorant as to what the Master Form is/does and why everyone/anyone wants it, nor has anything been revealed about the titular Lazarus Project (which, just to be clear, is the name of the story). But instead of spending any time on those things, this issue instead devotes a whopping four pages to recapping the status quo of Wolverine's involvement in Madripoor (including details on Jessica Drew and Lindsay McCabe, who were written out of the series two issues ago) and the first chapter of this story, which was just two issues previous. Then, we get a few pages recapping Karma's past and her status quo in Madripoor.

And finally, Target, a character introduced for this story and one who will never appear again, gets a lengthy origin flashback in which we see the inhabitants of his town, including his parents, slaughtered in the pursuit of the Master Form. Which we still know nothing about. In a longer story arc, this kind of time-killing material would be somewhat forgivable. Ditto if Target's flashback actually revealed something about the Master Form. Instead, we're heading into the finale of the story, yet it feels like the story has barely even started.