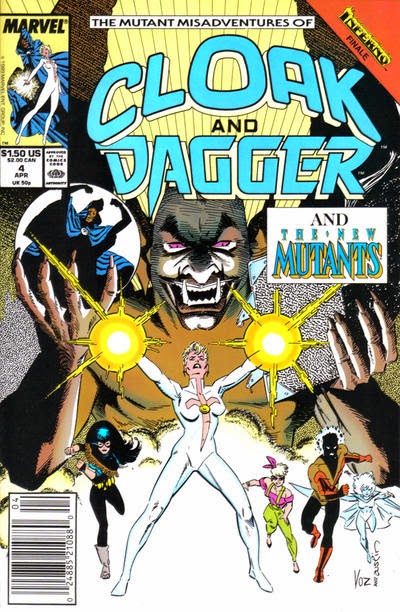 Plot
Daredevil #265: Daredevil wanders New York, fighting back against the demonic invasion but growing increasingly more harsh and disconnected from reality. Eventually, with the help of his young friend Butch, he snaps out of it, and as the demonic invasion subsides, the city slowly begins to return to normal. The Mutant Misadventures of Cloak and Dagger #4: Having stolen Belasco's spell book, Crotus intends to re-enact the Inferno spell successfully, by tricking Cloak & Dagger into killing themselves. To that end, his demons confront the pair, playing on their fears and insecurities. Dagger manages to resist their efforts, while Cloak transports the demons, and himself, into the Dark Dimenson from which he draws his power. When Dagger, with the help of the New Mutants, locates Cloak, she finds only his cloak, and believes it to mean that her friend is dead.

Firsts and Other Notables
Daredevil #264 was a non-"Inferno" related fill-in issue, which is why we haven't covered it here.

After their initial series was rolled into Strange Tales, a double feature shared with Dr. Strange, Cloak and Dagger were spun out into their own series once again, The Mutant Misadventures of Cloak and Dagger. The title was, presumably, an attempt to piggyback on the growing popularity and sales of the various X-books at the time, though I don't believe that at this point in time, the characters had been retconned into being mutants yet (something which will eventually happen, then later be re-retconned (un-retconned?) so that they aren't mutants after all).

Dagger was blinded in the first issue of that series, and is still dealing with the ramifications of that in this issue.

Issue #4 is billed as both an "Inferno" tie-in and an epilogue to the crossover, and it features Crotus, N'astirh's chief demon henchmen from X-Terminators, making his own play for power. The New Mutants contingent of Mirage, Sunspot, Gosamyr and Warlock (who appeared last month in Power Pack #44) show up towards the end of the issue, though they're joined here by Boom-Boom, who wasn't in the Power Pack issue (maybe they dropped her off between issues). 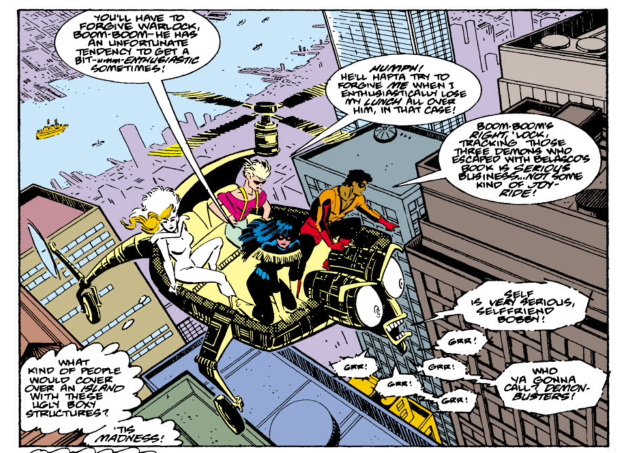 The Chronology Corner
The contingent of New Mutants which appear in Cloak & Dagger #4 appear there between New Mutants #73 and Power Pack #44.

A Work in Progress
The closing pages of Daredevil #265 show the city returning to normal, with a radio broadcast giving us a glimpse into how the common person on the street is reacting to the events of the crossover. 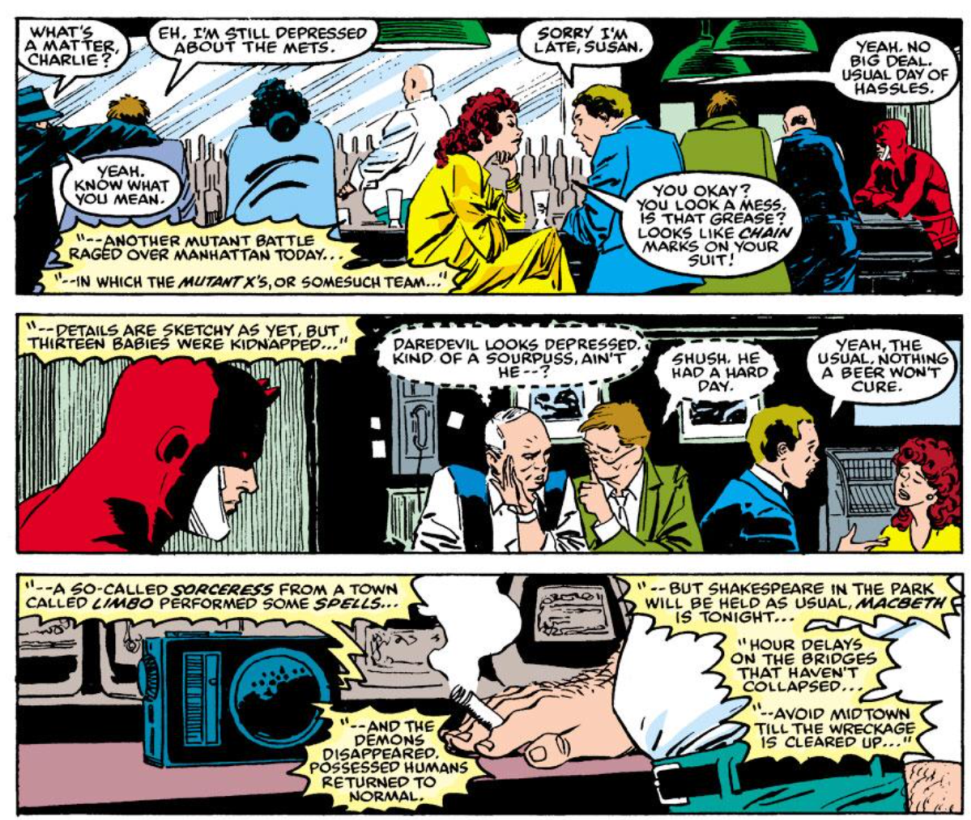 Since last we saw him, Crotus has stolen Belasco's spell book, and cast a spell that eliminated his lisp.

Artistic Achievements
The depiction of the demon-ravaged Manhattan in Daredevil #265 rivals a similar scene in Power Pack #42 for sheer brutality. 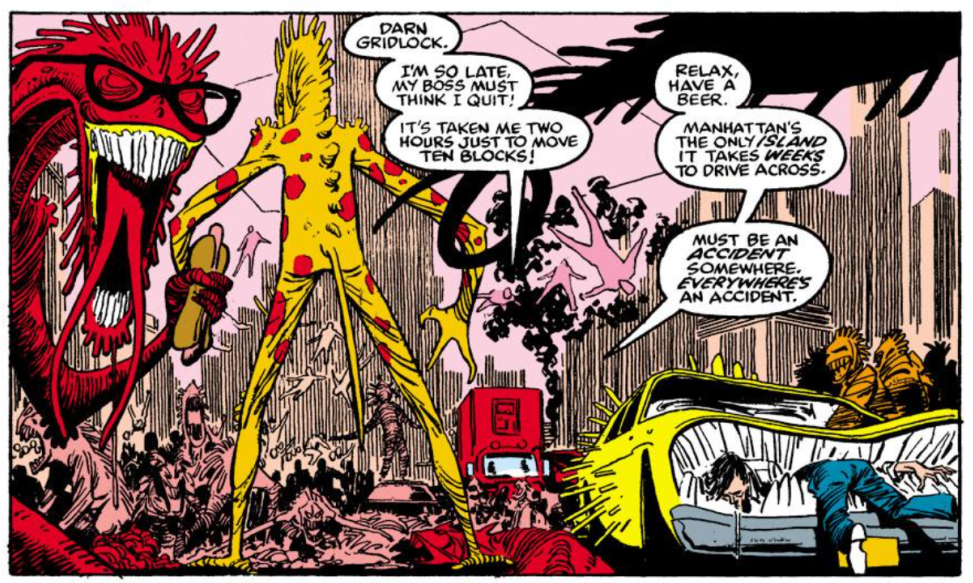 Teebore's Take
The "Inferno" tie-ins wrap up with something of a whimper; clearly, most of the Marvel Universe had moved on by this point, with the main story left to wrap up only in this month's X-Men and X-Factor (with Excalibur's late entry into the crossover lingering on the fringes). Daredevil, which is the better title of these two thanks to its intense depiction of the Inferno-fied Manhattan, got bumped back thanks to the Dreaded Deadline Doom, while Cloak & Dagger is clearly poised as an epilogue to the whole thing (hence its placement in the crossover's final month).

It doesn't quite succeed in that regard; despite the presence of Crotus and the New Mutants giving it as direct a connection to the main narrative as any of the other tie-ins that featured a N'astirh appearance, like the rest of the tie-ins, it chiefly uses "Inferno" as a backdrop for the title's regular business. Which wouldn't be so bad, except for its billing as an epilogue to the storyline, when, in fact, it's just as minor a chapter in the non-X-book narrative as any of the other tie-ins (and, in part because this series is so clearly designed to latch onto the popularity of the "mutant books", you'd think they'd have made more of an effort to make the tie-in to those books stronger). Still, it's as inoffensive as the rest of the "Inferno" tie-ins: if you missed them, you didn't miss anything important; if you skipped the rest of "Inferno", there was enough of each series' own narratives that you could easily ignore the tie-in elements. And if you were a completist, well, you got a larger, albeit not terribly essential, picture of how a pretty big swatch of the Marvel Universe handled "Inferno".