Retro Review: $pringfield (or, How I Learned to Stop Worrying and Love Legalized Gambling) 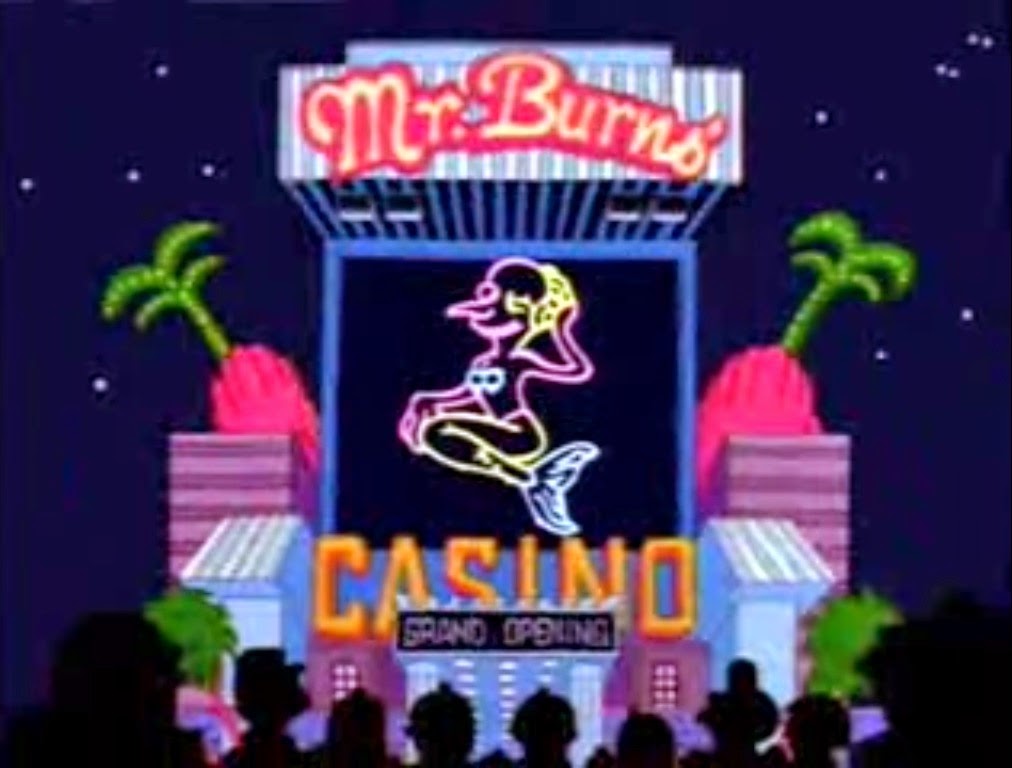 Or the One Where
Springfield legalizes gambling, leading to Mr. Burns building a casino which soon draws into its orbit the Simpson family.

The Setup
Faced with an economic downturn, the citizens of Springfield vote to legalize gambling in order to kick start their economy.

Notable Notes
This episode introduces Marge's gambling addiction, one of those rare bits of continuity the show will actually hang onto and reference occasionally.

Mr. Burns' casino also appears for the first time; it will appear once more, in a metatextual moment early in a later episode, before being demolished.

Somewhat more significantly, the character who will come to be known as the Rich Texan makes his first appearance in this episode; Homer calls him "Senator" at the blackjack tables and he gives Homer his hat.

This is also the first appearance of Gunter and Ernst, the Siegfried and Roy-esque magical duo, who, in the course of their act, are attacked by their tiger Anastasia, something that would, ten years later, happen to their real life counterparts. 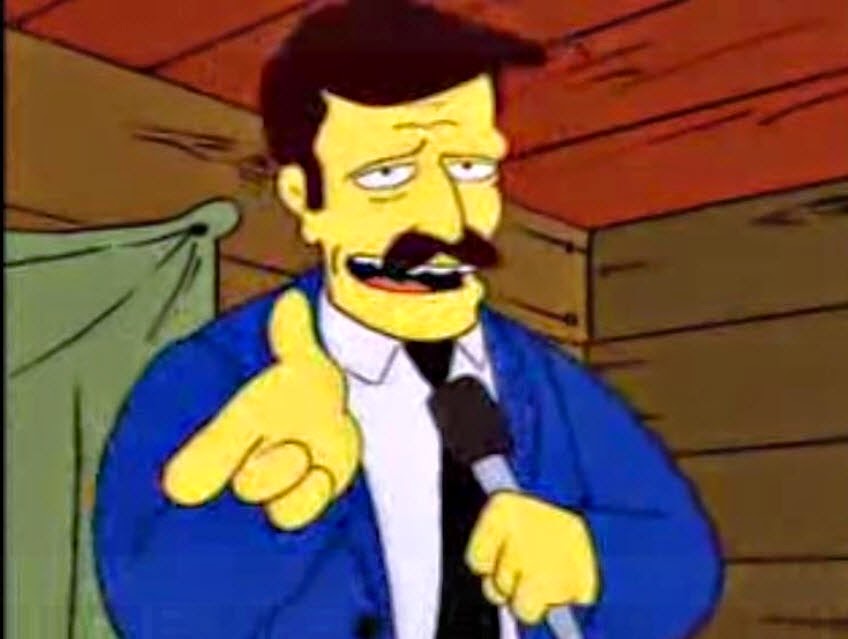 Quotable Quotes
Burns: Smithers, I've designed a new plane. I call it the "Spruce Moose", and it will carry two hundred passengers from New York's Idyllwild Airport to the Belgian Congo in seventeen minutes!
Smithers: That's quite a nice model, sir.
Burns: Model?!?

Lisa: I just had a bad dream!
Homer: Oh, sure. You just lie down and tell me all about it.
Lisa: Well, I know it's absurd, but I dreamed the bogeyman was after me, and he's hiding under --
Homer: Aah! Bogeyman! You nail the windows shut, I'll get the gun!

Robert Goulet: Are you sure this is the casino? I think I should call my manager.
Nelson: Your manager says for you to shut up!
Goulet: Vera said that? Huh.

Lisa: I'm not a state, I'm a monster!
Homer: No, Lisa. The only monster here is the gambling monster that has enslaved your mother!  I call him Gamblor, and it's time to snatch your mother from his neon claws! 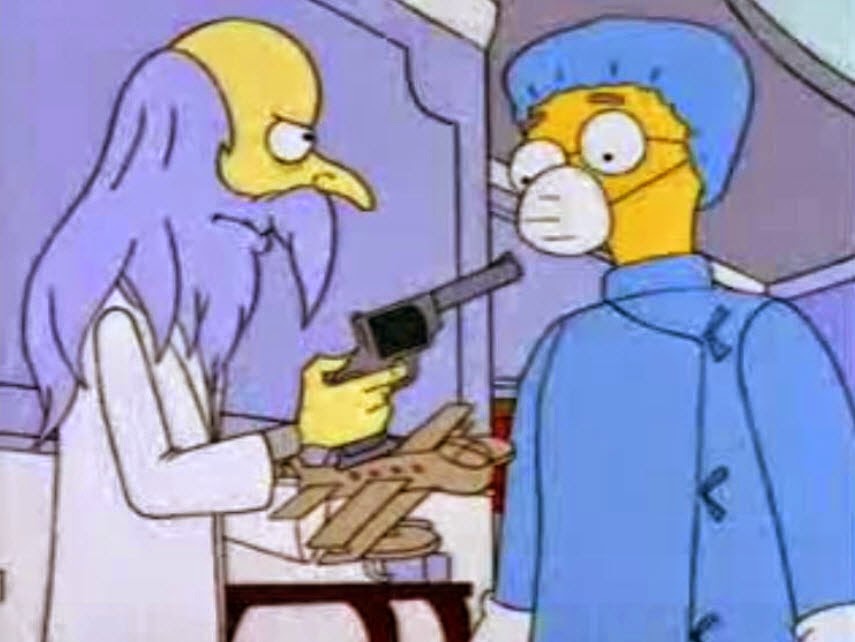 Teebore's Take
Easily in the running for title of my favorite all time episode, this one is just really, really, really...good. An all too rare Marge-centric episode, it is also that even rarer thing: a Marge episode built around her having a deep flaw. Most often, Marge episodes revolve around something stupid Homer did, or a desire to better herself or her community. Here, Marge discovers she's a gambling addict, and Homer takes no small amount of pleasure in the realization that, at least in one area, his wife is as flawed as he is. Of course, the episode is also tremendously funny throughout, filled with great bits from Homer's ineptitude at dealing blackjack, to Bart starting his own casino (complete with a purloined Robert Goulet as the headlining act) just out of spite, to Mr. Burns' descent into Howard Hughesian madness, to the protracted siege of the Simpson home by the boogie man (or men). Just top notch stuff from a show at the top of its game.

An all time great - hilarious from top to bottom, it also puts a smudge on Marge's otherwise squeaky clean character, and in doing so, deepens it. 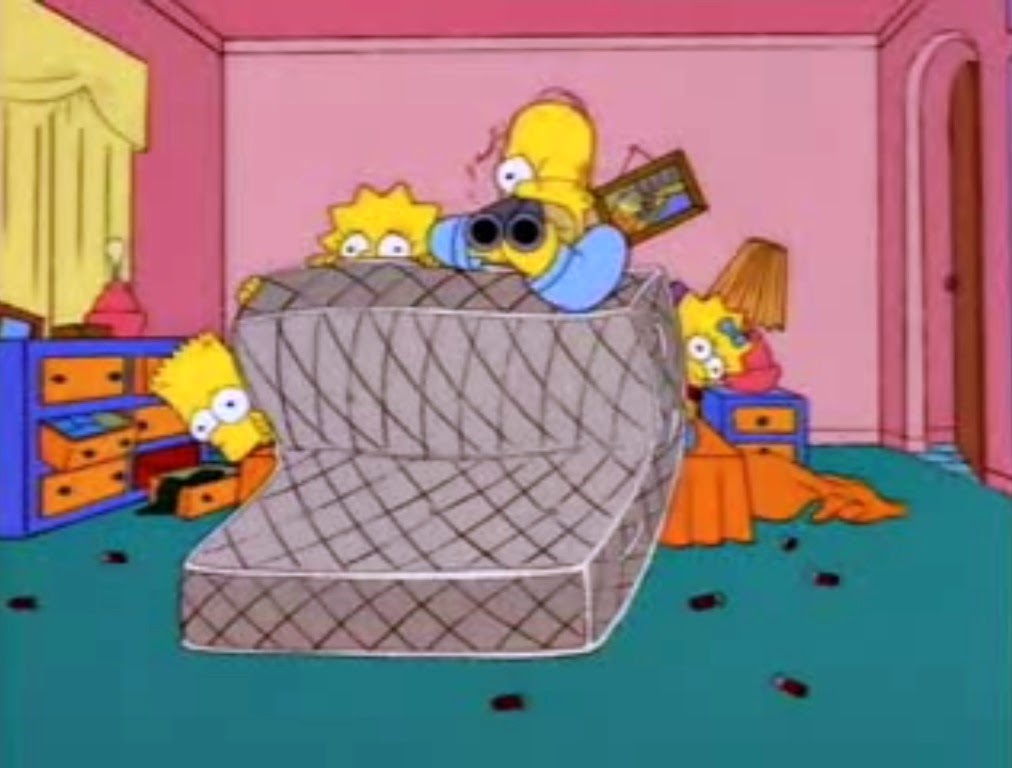