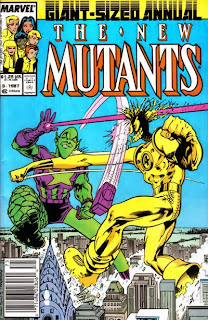 In a Nutshell
Warlock duels the Impossible Man in a shape changing contest. 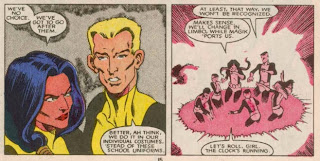 The New Mutants proceed to follow the shapeshifting, fighting pair from Rio de Janeiro to London to Moscow to Tokyo, doing their best to limit the damage and put a stop to the duel. Finally, Doug realizes how Warlock can win the challenge, and whispers it to Warlock. He changes once more, only this time, he changes his color, something the Impossible Man can't do, making Warlock the winner. After the pair puts everything they disrupted back where they found it, they return to the mansion. When Magneto returns to the school, the New Mutants do their best to act like nothing extraordinary happened, and are slinking out of the room just as Magneto catches a glimpse of news report featuring the New Mutants.

Firsts and Other Notables
Alan Davis returns to pencil his second consecutive New Mutants annual. This issue is a quasi-sequel to X-Men Annual #7, featuring the Impossible Man once more harassing Xavier's students (the New Mutants, sans Illyana, were in Nova Roma at the time, which is why Illyana is the only one who recognizes the Impossible Man). 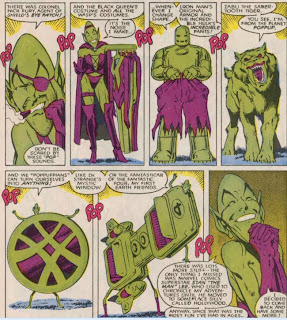 Magma and Karma are absent from this issue, said to be waylaid by the flu. It's another one of those cases where it feels like the sort of thing a TV show would do to cover for an actor who was unavailable to shoot an episode, except of course that isn't necessary in comic books. Given when this issue went on sale, it's possible that Davis simply assumed (or was told) the characters were no longer on the team, and Claremont added the bit of dialogue about the flu to account for their absences, as the story is clearly set before their eventual departures.

The Chronology Corner
This issue takes place between New Mutants #51 and #52 and before the first issue of Fallen Angels, though it was on sale at the time of New Mutants #57.

The New Mutants reference the events of the X-Men vs. the Avengers limited series, though Magneto's appearance in this issue is considered to occur before his appearances in that series.

A Work in Progress
With Warlock preoccupied by his duel with the Impossible Man, Doug worries that he's no good without him, echoing his similar feelings in contemporaneous issues of the series.

The New Mutants once more don their graduation uniforms from X-Men Annual #10, ostensibly to not be recognized, though I wonder how widely known the Xavier School uniform is in the outside world. 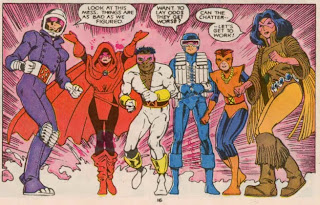 I Love the 80s
The issue opens with Doug selecting an 80s-riffic medley of songs for the New Mutants' workout, including "Walk Like an Egyptian". 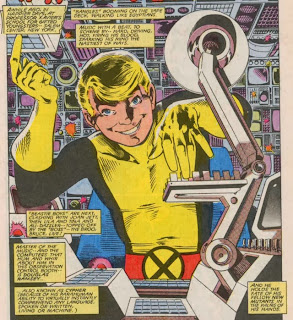 It's mentioned that since the events of X-Men Annual #7, Stan Lee has left the Marvel offices for Hollywood, which was indeed true at the time (Stan was continuing the struggle to develop Marvel properties into TV shows and movies).

Marvel editors Mark Gruenwald and Ralph Macchio, as well as archivist Peter Sanderson (who, along with Gruenwald, spearheaded the Marvel Handbooks), lend their names to bystander caught in the crossfire of Warlock and Impossible Man's duel. 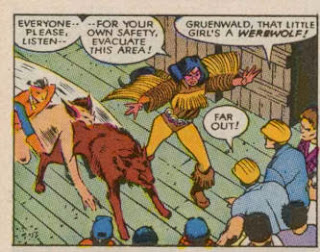 Ending up in Rio, the New Mutants don swimsuits and, of course, Illyana's is the skimpiest of all (though a couple of the boys end up in speedos). 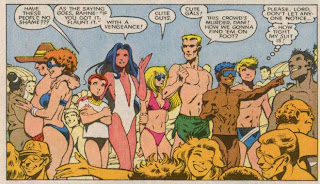 At one point, Warlock and the Impossible Man transform into Rocky and Rambo, and then Clubber Lang. 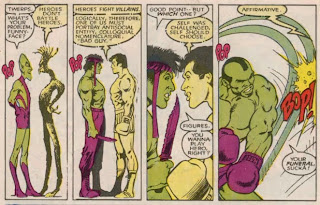 Claremontisms
Dani once again calls herself the New Mutants "war-chief".

They're Students, Not Superheroes
When the Impossible Man first appears in the story, a point is made that the New Mutants tried to contact Magneto and the X-Men but were unable to do so. 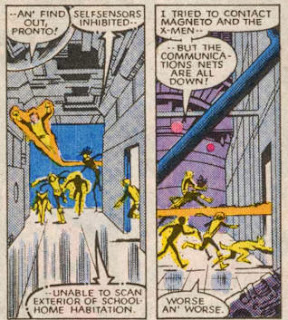 Teebore's Take
Thank goodness for Alan Davis. As with Art Adams and Web of Spider-Man #2, another Warlock-centric annual saved by the art, his presence as the artist (inked by Paul Neary) is the best thing about this issue. The story certainly isn't any great shakes: Warlock and the Impossible Man trapse around the globe, changing into various Marvel and pop culture characters as hijinks ensure. It's all supposed to be fun and goofy and whimsical, and your appreciation of the story probably depends on how much of a mood you're in or how much patience you have for that kind of story. As has been said before, as much as I praise Claremont's writing, whimsy isn't his strongest suit.

But regardless of that, the presence of Davis at least keeps everything looking great. It's a treat to see him depict the New Mutants in their Adams-designed graduation uniforms, and the nature of the Warlock/Impossible Man conflict gives him a chance to draw a wide variety of characters you probably wouldn't see Davis draw otherwise (even if those characters are usually colored yellow and green/purple). This issue is by no means essential, and I wouldn't begrudge anyone washing their hands of it entirely, but at least the Davis art gives it something to recommend.