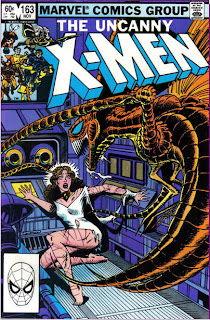 In a Nutshell
The X-Men escape from the Brood home world.

Plot
As the Brood experiement on Carol Danvers, performing evolutionary modifications and altering her physiology, Wolverine sneaks into the palace and frees her. Back on Earth, Havok and Corsair teleport onto the grounds where the mansion is being rebuilt, confirming for Moira and Polaris that the X-Men and Lilandra have been kidnapped by the Brood, the price of an alliance which has given Deathbird the Shi'ar throne. Corsair departs with the Starjammers, determined to either rescue or avenge his son. A galaxy away, Cyclops awakens from a dream in which the X-Men transform into Brood to find Storm similarly entranced. He awakens her, and with the Brood's illusion fading, they encounter Wolverine and Carol. Freeing the rest of the X-Men, the team splits up, with half going to rescue Lilandra while the rest try to board Lilandra's starship, docked just outside the atmosphere of the planet.

Cyclops' group is attacked by Brood, including the Queen, whom Wolverine is determined to kill, despite Cyclops' protests. Meanwhile, Storm flies Nightcrawler and Kitty as high into the atmosphere as she can, with Nightcrawler teleporting himself and Kitty the rest of the way. As Nightcrawler clings to the hull of the ship, holding his breath and slowly freezing, Kitty phases inside and battles a Brood before opening the airlock for Nightcrawler. Back at the palace, Carol frees Lilandra, and just as Wolverine is about to kill the Queen, they are teleported aboard Lilandra's ship. The X-Men race away from the planet, realizing it's only a matter of time before the Brood catch up, little realizing they are already being targeted by another ship.

Firsts and Other Notables
The Brood Queen is seen for the first time, though she's essentially just a larger-than-normal Brood. 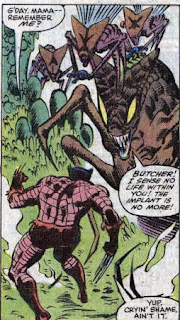 Back on Earth, in preparation for the upcoming New Mutants spinoff, the X-Mansion is being rebuilt, the Bermuda Island base effectively abandoned following the X-Men's kinapping in issue #161. It's not mentioned who is paying for the mansion's repairs; a lack of funds was one of the reasons cited for moving to the island base in the first place.

Wolverine nicknames the Brood home world "Sleazeworld" in this issue.

On stands at the same time as this issue, Rogue follows up her appearance in Uncanny X-Men #158 by taking on Dazzler and Angel in Dazzler #22. Not worth it's own post, but given her future role in the book, worth mentioning the appearance, and the fact that she's still in full-on villain mode.

A Work in Progress
As Wolverine arrives, the Brood are conducting experiments on Carol, altering her physiology. Afterwards, Wolverine notes that she no longer smells human. 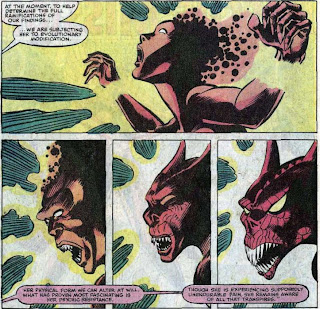 Wolverine once again mentions his past with Carol, and this specific reference will come up again down the road. 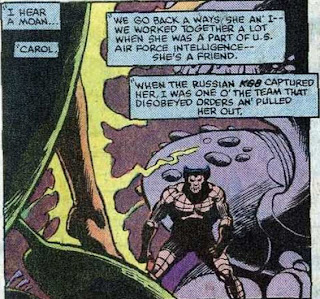 Wolverine describes Carol as being a "lovely lady - skin and soul", a turn of phrase I don't believe Claremont uses too often.

Corsair is shown summoning his pistols using "phasing jewels" on his gloves, which I think is the first time it's made clear where his guns go when he's not using them.

In the wake of Lilandra and the X-Men's disappearance, Moira is worried that Xavier has reached his breaking point. Confronting the Brood Queen, Wolverine wants to kill her, but Cyclops insist the X-Men don't kill.

Later, Kitty is reluctant to kill the Brood attacking her, even feeling bad when it ends up accidentally killing itself in the course of attacking her. 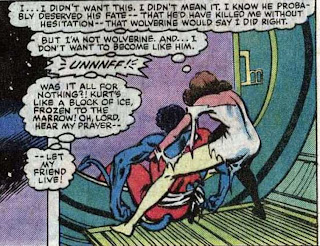 Both Carol and Kitty refer to the Brood as Sleazoids this issue, despite neither having an opportunity to hear Wolverine use his term for the Brood prior to their use of it.

Storm notes that she feels out of harmony with herself and the world.

Nightcrawler has difficulty teleporting himself and Kitty to Lilandra's ship, despite having an easier time teleporting with a passenger of late. Though he doesn't know it, this is because he's also carrying the Brood egg inside him. 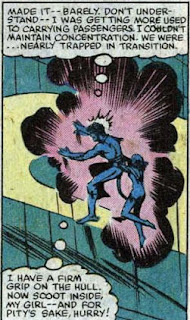 Kitty, meanwhile, notes that she can't phase anyone along with her, though she'll eventually learn how to use her power in that way.

Once aboard Lilandra's yacht, the X-Men next appear dressed in their regular uniforms; presumably they used one of the Shi'ar clothing-making devices from Kitty's sub-plot in issues #156-157 to create them.

I Love the 80s
When the naked Carol is freed from the Brood's machine, a dignity-maintaining robe conveniently appears from out of nowhere. 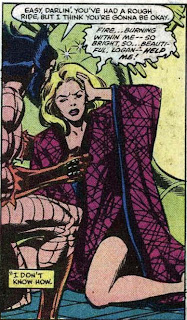 Meanwhile, the sexualization of Kitty continues, as she spends the issue (including the cover) menaced by aliens in a torn, skimpy dress.

This being the 80s, the various injuries and spurts of blood are all colored black.

The Best There Is At What He Does
Wolverine mentions that his heightened senses are an extension of his healing ability, something I don't believe was ever explicitly stated before (or after).

For Sale
I'm amused by the fact that for some reason, a Yankees poncho isn't available through this offer. 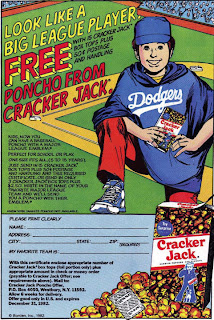 There's another ad for the Teen Titans crossover, this one with a bit more detail. 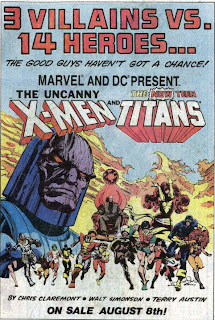 Teebore's Take
Beginning with this issue, one of the things Claremont does with this half of the Brood story to differentiate it from the first half is to examine the morality of the X-Men. Whereas the first arc of the Brood saga was little more than well executed space opera, Claremont uses the more intense, dire circumstances in which the X-Men find themselves in this arc to question whether the X-Men have found themselves in a position where killing their foes is a necessity, as well as (eventually) to depict how they handle themselves when faced with their own imminent deaths. Here, the question of killing one's enemies is first raised when Cyclops objects to Wolverine's murderous rage towards the Brood Queen. Knowing what he does about what the Brood have done to his teammates, Wolverine wants to make the Queen pay (the unspoken question: would Cyclops react differently if he knew what Wolverine does?). Meanwhile, Kitty is reluctant to kill the Brood trying to kill her, even while the delay is threatening Nightcrawler's life. In the end, she affirms that she doesn't want to become like Wolverine, but again, she remains ignorant of the Brood egg growing inside her. As the story progresses, Claremont will continue to feature the X-Men, individually and as a group, grapple with the morality of their situation, both internally and externally, giving this half of the story a depth of theme and characterization that sets it apart from the first half.

Next Issue
The first appearance of Binary as the X-Men try to escape the Brood.

But first, come back tomorrow for the start of New Mutants X-aminations, as we look at the team's first appearance in Marvel Graphic Novel #4
Newer Post Older Post Home
Posted by Austin Gorton at 8:00 AM