To Better Know a Hero: Spider-Man 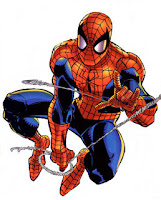 While pretty much everyone agrees it's somewhere between dubious and ridiculous to reboot a film franchise only five years after the release of the last film, that doesn't change the fact that tomorrow sees the premiere of The Amazing Spider-Man, Sony's reboot of its Spider-Man franchise, featuring that British Facebook guy as Peter Parker and the fetching Emma Stone as Gwen Stacy. Putting aside the relative merits of a reboot or the film itself, at the very least, it gives me an opportunity to take a long overdue look at Marvel's resident Webslinger.

Powers and Abilities
Spider-Man has the proportionate strength, speed, agility and reflexes of a spider. He can climb walls/most surfaces and possess a "spider sense" that instinctively warns him of immediate danger. He also possesses superhuman endurance and healing abilities. At times, he's also been capable of naturally generating adhesive webbing and extend a poisoned "stinger" from his wrists. Spider-Man is also a genius, with a knack for science and invention, and over the years has a developed a kinetic, chaotic fighting style that takes advantage of his superhuman abilities. He is also an accomplished photographer. 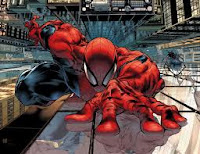 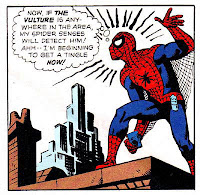 Weaknesses and Achilles’ Heels
The ol' Parker luck, a condition which prevents too much from ever going right for Spidey, geriactric aunts with a propensity for health issues, allegations of cloning, men with odd corn row hair.

Gadgets and Accessories
Web shooters, devices of Spider-Man's own design which fire a similarly-self designed adhesive fluid which functions like a spider's webbing, allowing him to swing from buildings, ensnare criminals and form crude shapes/objects. Spider-Man also uses "spider tracers", small devices which can be affixed to people and vehicles that emit a silent signal which, through the years, Spider-Man has trained himself to follow using his spider sense. 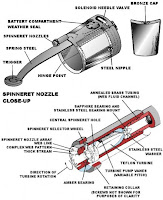 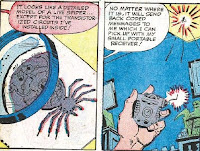 He also, for a time, wore a flashlight on his belt buckle which projected a kind of "spider signal", and there was also the infamous "spider mobile", a Spider-Man-themed car Spidey drove for a short period of time. He also briefly wore a black costume that could mimic other clothes and generate natural webbing, which was, unknown to Spider-Man, actually an alien symbiote that later tried to kill him, as well as a suit of Iron Man-esque "spider armor" designed by Tony Stark. 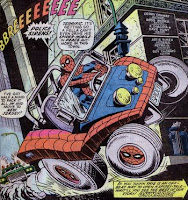 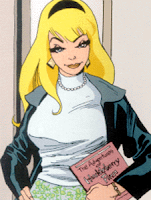 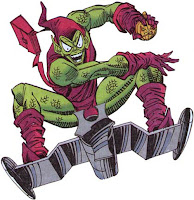 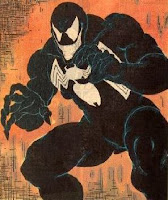 Movies and Appearances
Spider-Man is Marvel's most media friendly character, having appeared in countless cartoons and films. There was the 1967 'toon, which brought us the classic, "Spider-Man, Spider-Man, does whatever a spider can" theme song, as well as Spider-Man's appearances on The Electric Company (which in turn spawned the unintentionally-hilarious Spider Super Stories comic), and the live action 1970s TV show starring Nicholas Hammond as Peter Parker. 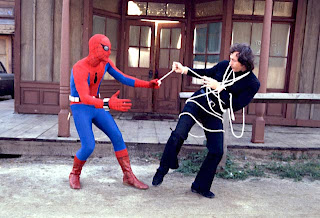 The 80s featured Spidey as the headliner of the seminal Spider-Man and His Amazing Friends cartoon, followed in the 90s by Fox's long-running animated series. 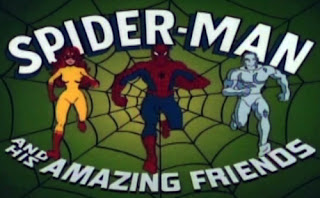 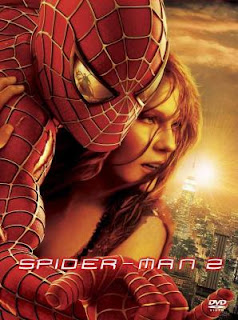 Currently, Spider-Man is starring in Disney XD's somewhat dubious Ultimate Spider-Man cartoon, while his film series is being relaunched with Andrew Garfield in the title role.

One-Sentence Origin
After gaining super powers from a radioactive spider bite, Peter Parker first used his fantastic abilities for personal fame, before his inaction led to his uncle's death, teaching him that with great power comes great responsibility. 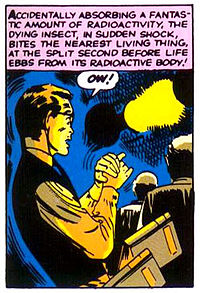 Memorable Moment
Amazing Spider-Man #33, "The Final Chapter": In one of the all time classic Spider-Man moments, one that is considered by many to be the pinnacle of the groundbreaking Stan Lee/Steve Ditko run, Spider-Man is pinned under a ton of rubble after a battle with Doctor Octopus, with the water levels steadily rising, unable to reach Aunt May with the cure she needs for a rare disease. The ensuing sequence, brilliantly rendered by Ditko, showcases Spider-Man determination as he slowly and painfully lifts himself free of the wreckage. 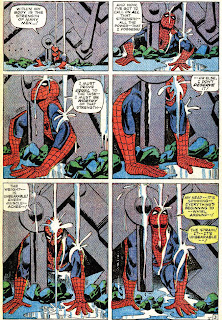 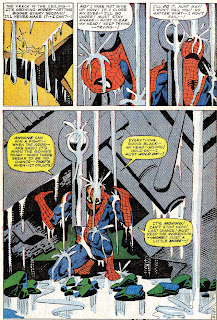 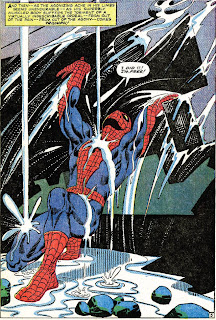 Fun Fact
There are Indian and Japanese versions of Spider-Man, as well as a pig version (Peter Porker, the Spectacular Spider-Ham) and in addition to comic books, Spider-Man appears in a daily newspaper comic strip, written by Larry Lieber, Stan Lee's brother. 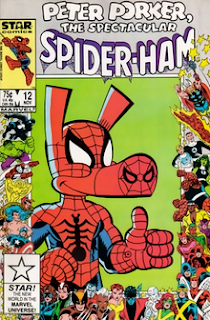 Teebore’s Take
While the Fantastic Four kicked off the Marvel Universe, Wolverine is the character whose guest appearances are used nowadays to boost sales in comics and the Avengers are the current media darlings, Spider-Man has long been the symbol of Marvel Comics. He is the company mascot, the character most consistently adapted in outside media, the float in the Macy's Thanksgiving Day parade. 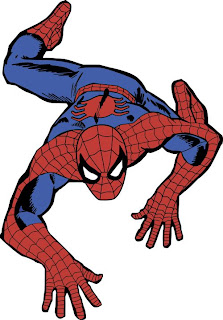 He his, accordingly, a decidedly Marvel style of character, a character who can never quite reconcile the two sides of his identity, who can never succeed as Spidey without coming up short as Peter Parker (and vice versa), a character for whom the secret identity can be as compelling and fully realized as the superhero identity. While the Fantastic Four first introduced the idea of heroes with regular problems, Spider-Man popularized that idea and really made it his own, and it has since become a fundamental element of the vast majority of characters published by Marvel and DC. 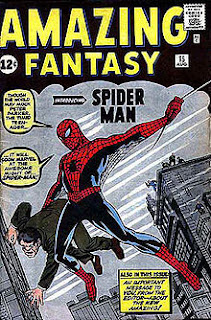 While I don't know the ins and outs of Spider-Man the way I do, say, the X-Men or the Avengers, I have long been a Spider-Man fan, and it is because, in large part, Spider-Man is arguably the best super-hero in all of comics. By making his star character a teenager, Stan Lee combined both the wish-fulfillment aspect of the hero with the relatability of the kid sidekick. The character;s power level is such that he is both powerful enough to convincingly go toe-to-toe with powerhouse characters while still capable of being believably challenged by more down-to-earth menaces, which allows for a large variety of stories. His rogue's gallery is deep, colorful and thematically rich (including one of the greatest villain teams in the Sinister Six), and he has an extensive supporting cast, which, when properly utilized, is one of the best in comics (hell, J. Jonah Jameson on his own is one of the best characters in comics). 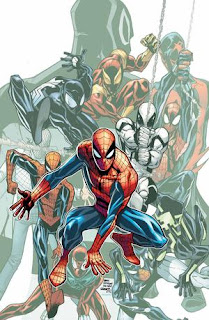 And at Spider-Man's core, rooted in his origin and driving all his subsequent actions, is one of the simplest yet most powerful lessons: with great power comes great responsibility. There are other heroes who are more powerful, or "cooler", or even more well known outside the comic book reading audience, but at his core, when done well, Spider-Man can make a strong case for being simply the best superhero character ever. 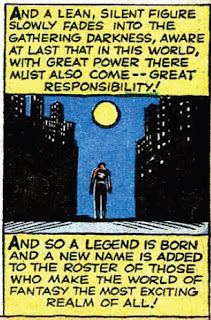