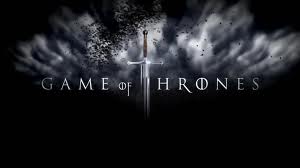 A couple months ago I started watching Game of Thrones. I don't really have to review it or anything. It's good, could use a bit more action but has an intriguing plot, great acting and boobs (which are always appreciated). Blah, blah, blah. You've all heard it before. My point is when I watched the first episode I started thinking that if you distilled the plot into basic bullet points the show would sound downright crazy. I decided to put this into practice and, if it's entertaining, may continue to do so. Here we go with the first episode:

Email ThisBlogThis!Share to TwitterShare to FacebookShare to Pinterest
Labels: Game of Thrones, TV