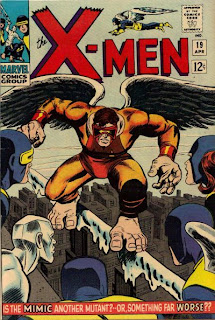 Plot: In the city during a well-deserved vacation, Iceman and Beast run afoul of the ill-tempered Calvin Rankin while a date. Calvin is able to copy their powers and easily defeats the pair (who are unable to fully fight back lest they reveal their identities). After realizing he just discovered the real identities of two X-Men and subsequently bumping into Marvel Girl, Calvin follows her back to the mansion where he absorbs the abilities of all the X-Men, including Professor X. Donning a costume and the name Mimic, he kidnaps Jean and escapes to an abandoned mine where he lives. There he tells Jean his origin: after accidentally inhaling fumes from an experiment his scientist father was conducting, Calvin found himself able to absorb the abilities (super-human or otherwise) from people around him, as long as he was in close vicinity to them. Fearing his ability would lead people to distrust and attack his son, Calvin's father led the pair to a cave where he worked on a device to alter Calvin's power so that he could retain all the abilities he copied. Unfortunately, an angry mob attacked, killing his father and burying the device he had just completed. Calvin swore vengeance (on the world in general).

His tale finished, the X-Men arrive, just as Mimic hoped they would. He uses their powers to locate and unearth his father's device. Professor X prevents the X-Men from attacking as Calvin uses the device, after which Xavier causes a short-circuit which destroys the complex. It turns out Mimic's father was creating a device that would REMOVE Calvin's power, which Xavier somehow sensed. Xavier wipes the now-powerless Mimic's memory and lets him go on his way.

Firsts and Other Notables: This is the first appearance of Mimic, who will return in a few issues. Though technically not a mutant in this issue, he will later be retconned into one, for whatever reason. Mimic remains a lesser X-Men villain, slotted somewhere above Unus but below the Blob in the X-Men villains' hierarchy, and has settled into a fairly consistent "henchman" role of late.

A version of Mimic from an alternate timeline starred in "Exiles", a title featuring alternate versions of established characters working to repair kinks in reality. Much more likable than the character in this issue, who is a bit of an ass, Mimic's long term role in that book helped raise the profile of the character a bit.

Librarian Vera Cantor also appears for the first time, as Beast's blind date. She remains a infrequently-appearing supporting character, and Beast's de facto girlfriend, until well into the 80s.

I'm not 100% sure, but I think this is the first time the term "mutie" was used as a derogatory slur towards mutants. It remains the default slur of anti-mutant bigots.

This is also Stan Lee's final issue of "X-Men."

A Work in Progress: Cerebro has apparently been rebuilt since Magneto destroyed it (Professor X references it, but it's not seen).

Jean is excited for a vacation so she'll be able to buy some new clothes, since she's a girl, and all girls love to shop for clothes, right?

Beast had better be careful, or else Calvin will knock him back to "Squaresville." 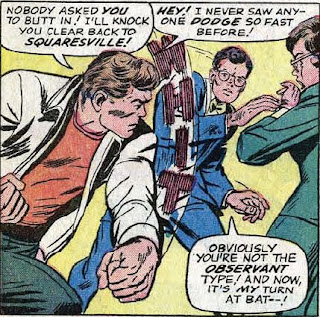 After worrying that his son's abilities will scare ordinary people into attacking him, Calvin's father takes the boy to live in hiding in an abandoned mine...and hires a company to move their stuff. 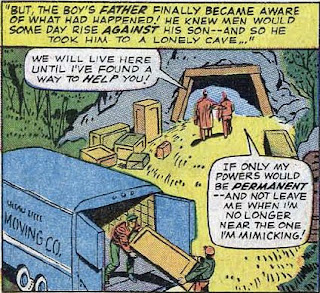 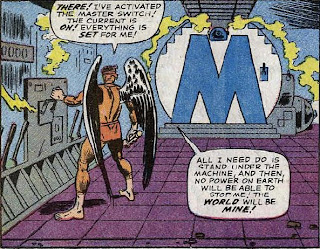 "Professor Xavier is a Jerk!": Once again, the issue ends with the villain's memory wiped.

Young Love: Iceman espouses the "anyone is better than no one" approach to romance. 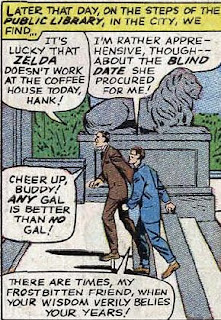 And later, he decides to "case the other chicks" while waiting for his girlfriend to arrive. 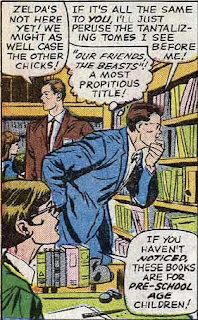 After Jean is captured by Mimic, Professor X becomes curious about Scott's feelings for Jean. But once she's safe, Cyclops tries to ensure she never knows how concerned he was. 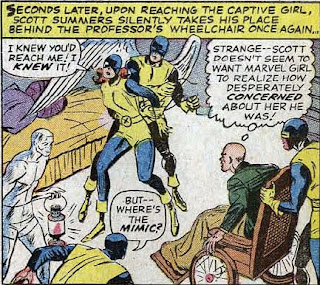 Human/Mutant Relations: Angry construction workers form a mob and attack Calvin after they observe him using his power against an incognito Beast and Iceman. 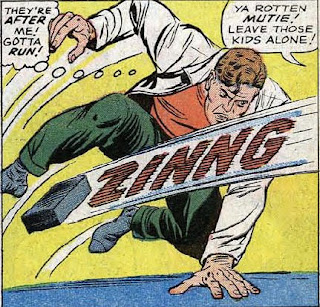 The Awesome and Terrible Power of Cyclops: Cyclops can't take a joke, not when the training of the X-Men has been made HIS responsibility. 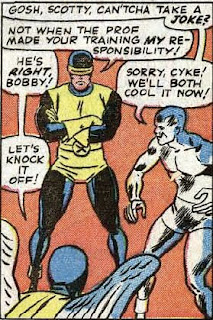 Scott would like to ask out Jean, but doesn't believe he has the right because of his optic blast. 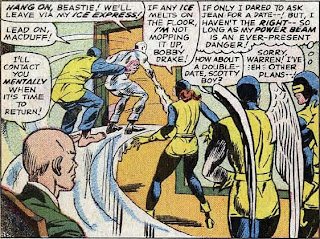 For Sale: Who wants some US government surplus? 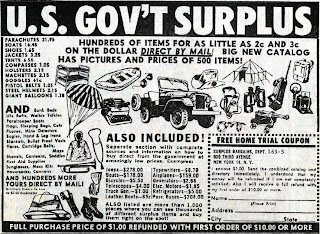 Teebore's Take: While the Brotherhood of Evil Mutants served as thematic counterparts to the X-Men (a team of mutants working in opposition to the goals of the X-Men), Mimic is that old chestnut, the "evil twin" with the powers of the hero. Most superhero comics dust off this plot at one point or another, and Mimic is the X-Men's contribution to that tradition. Mimic never quite takes off (personally, I blame the horrendous, even by Silver Age standards, costume and his abrasive personality, which is more jerk-ass than villainous) and after a few additional appearances that at least make him worthy of a footnote in X-Men history, he drifts off into "gets used when another villain needs a henchman" territory.

The issue itself is also a bit sloppy (it's Lee's last issue, so perhaps he was phoning it in, also a possible explanation for the hoary "evil twin" character): we learn via flashback that Mimic has vowed to avenge his father (and presumably, tricking the X-Men into helping him gain permanent access to his mimicked abilities is the first step towards this) yet when we first meet him in the story, he's simply hassling Vera for a date, and doesn't seem to get the idea of using the X-Men to locate his father's machine until he fights Hank and Bobby and realizes they are X-Men. Shortly thereafter, he just happens to bump into Marvel Girl and follows her home. And at some point between fighting Beast and reaching the mansion, he somehow makes a costume that accommodates all the X-Men's powers, including Beast's enlarged feet and Angel's wings. And of course, Mimic somehow uses telepathy to locate a machine buried in rubble, and later Professor X somehow just knows the real purposes of said machine.