Getting It Wrong Shouldn't Be Alright

You know what really grinds my gears? When baseball umpires make a bad call and neither the umpires nor Major League Baseball seem to care. And it seems to be happening a lot lately. 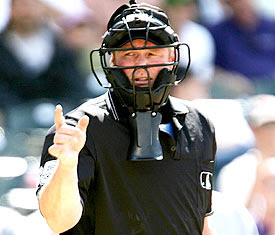 This season has seen a handful of high-profile, and in some cases game-deciding, blown calls by umpires. Here's one. Here's another. And a third. This one didn't blow the game but, while the ball is clearly caught, the umpire ruled it a dropped ball, thus robbing us of what would otherwise be one of the most spectacular catches of the year. Even Sports Illustrated's Tom Verducci has noticed the increase in botched calls, at least in terms of close plays leading to managerial ejections. He says, "through Aug. 11, there were 128 ejections, which at this rate would mean a 14 percent increase from last year" and that, "[t]he big jump is from arguments regarding plays on the bases. Such arguments have led to 33 ejections, already more than such ejections in any of the previous five full seasons."

What bothers me about this trend isn't just the fact that the Minnesota Twins have been, essentially, robbed of arguably two victories as a result of bad umpiring, but that nobody seems to mind that the umpires are just plain wrong. 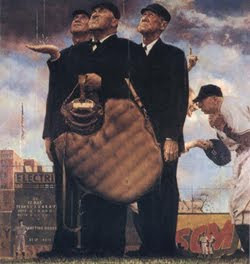 Last season, after an abundance of poor calls pertaining to home runs, Major League Baseball initiated limited instant replay for boundary calls (disputes over whether or not a potential home run is fair or foul, or a home run or ground rule double). Yet this season, no one seems to care about the rise in obviously-wrong calls. The umpires are simply not held accountable for their poor calls.

Most people argue, in the case of games that get decided by a call that is later determined to have been wrong, that the team that lost should never have put itself in a position where one bad call would affect the outcome of a game. From an individual team standpoint, those people are absolutely right. What I'm saying, though, is that umpires themselves, and to a greater extent baseball as a whole, should want to get the call right for its own sake. Their desire, at all times, should be to get it right as much as possible. If there's a close call at the plate and there's any doubt, in anyone's mind, be it the players involved, the umpire himself, or the managers or coaches, then the umpire should have the ability, and at all times the desire, to review the play in order to ensure they got it right.

As it stands, the manager can come out and argue a close play, but only in extremely rare cases does the umpire change his mind. Usually the manager just gets thrown out. 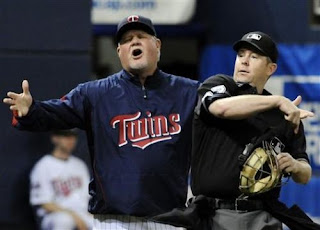 What's really frustrating is that the absolute first person who should want to make sure the play was called correctly is the umpire. They, of all people, should be pushing for the implementation of instant replay, because it's their job to get it right. Most umpires though, it seems, either don't care or believe that they define reality, such that regardless of what the replay shows, whatever they called is what really happened (this was the case of the home plate umpire in the clip from the Twins/Tigers game). 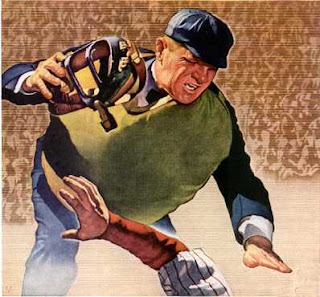 The fact is, for many years, umpires and Major League Baseball did the best they could with what they had. Bad calls got made, but there wasn't much in the way of technology to rectify that. Nowadays, there are tools available to aid umpires in making their calls. Back in the day, there were no TV baseball viewers, and when games started to be broadcast on television, the broadcasts did little to give audiences at home an advantage over umpires on the fields. But in today's day of hi def flat screen home televisions and DVR recording technology, the average fan watching from home can see close plays better than the umpires. If an untrained fan at home can clearly see something an umpire on the field can't, then we have a problem. It's that simple. 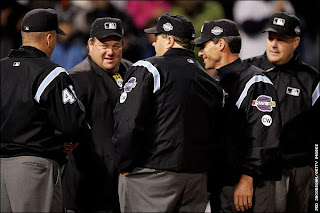 After a bad call cost the Twins a win, manager Ron Gardenhire proposed a system in which the manager of each team has a red flag he can toss whenever he wishes to review a play. Should the review go in his favor, he keeps the flag and can use it again in the game. Should the review uphold the initial call, then he loses that flag. It's not a perfect solution, but it's the best I've heard this far. It's certainly better than the current solution, which, in a sport notorious for fearing progress, ranges from a stubborn refusal to admit there's a problem on the part of the umpires to Major League Baseball shrugging it's shoulders and essentially saying "we're okay with getting it wrong." And it should never be alright to get it wrong.