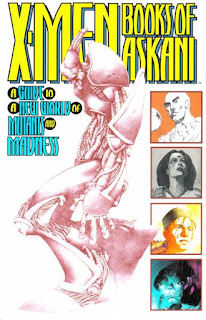 In a Nutshell
A Marvel Handbook-style guide to the world of the Askani, featuring painted art.

Firsts and Other Notables
Similar to Stryfe's Strike Files or Age of Apocalypse: The Chosen, this is a one-shot dedicated to the Askani and the world of Cable's future as depicted (chiefly) in the Adventures of Cyclops & Phoenix & Askani'son limited series. It profiles 18 different characters/groups, including Apocalypse, Rachel Summers, Cable (as "Askani'son") and Ch'vayre, pairing one page with a few paragraphs of text and a penciled image with a fully painted image of the character/group on another. 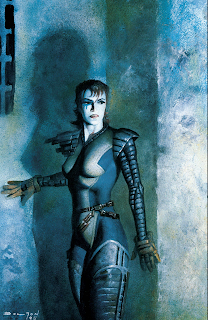 Two characers/creatures debut here, the Daegon, a monstrous dragon-like creature who hunts Apocalypse's foes, and the Wysps, faerie-like beings whom the Askani believe carry the Askani's hopes & prayers to others; as far as I know, neither has appeared outside of this issue. 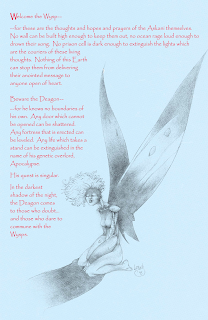 This issue was on sale the same month as the first issue of the Askani'son miniseries, making it somewhat spoiler-y for some of the events/characters therein.

A Work in Progress
Blaquesmith is said to be the only male to learn the ways of the Askani, to act as a safeguard for when the Askani’son might fall. 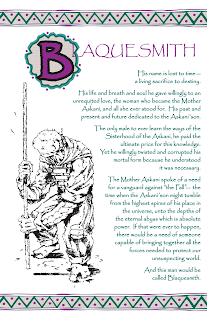 His body is also said to have been twisted & corrupted as a result (and I'm fairly certain that pencil image is just lifted from an issue of Cable).

Tetherblood is described here as functioning more as an older brother to Nate, whereas in Askani'son, the two seemed very much peers on equal footing. 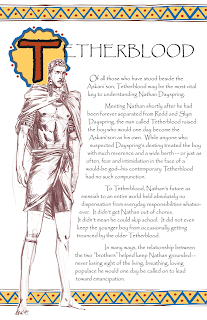 Zero is the non-living receptacle for all that is known & unknown about the machinations of Apocalypse, so add that to the list of things of Zero is (a member of the MLF, Tolliver's inheritance, Douglock's pal). 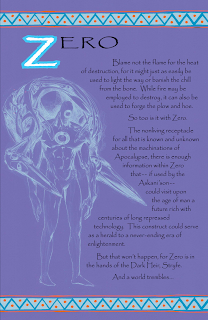 The Cable Guy
It’s explicitly spelled out here that Cable’s power, unencumbered by keeping the TO virus at bay, would be massive, more than enough to defeat Apocalypse once and for all. 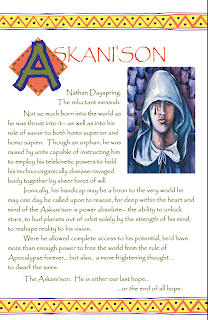 Young Love
Blaquesmith is said to carry an unrequited love for Mother Askani/Rachel.

Austin's Analysis
The strange love child of an issue of the Official Handbook of the Marvel Universe and Stryfe's Strike Files, this issue is part reference guide, part artist showcase and, presumably, part promotional material, and I have no idea what the audience for this thing was supposed to be (aside from "hardcore completists", of course). I mean, I fall perfectly into the overlap area in the Venn diagram of  "loves the Marvel Handbooks and all their ilk" and "is far more into Cable's weird future-Chosen One-Campbellian mythology than I should be", and even I have a hard time mustering much enthusiasm for this, now or when it was first published (and I was younger and more foolish and even more into the Cable mythology stuff back then).

Ultimately, I think that lack of focus is what leads it to fail: the profiles aren't as dense as a Handbook entry (in large part because these are new characters with, at most, a handful of stories to their name, even before taking into account the relative quality of those stories) while the painted art isn't enough of a focal point (or engaging enough) to stand on its own, and, of course, this setting gets mostly left behind after Askani'son, making this a fancy overpriced promotional issue for, at best, one four issue limited series. In terms of the money-grabbing oneshots Marvel pushed out at the end of 1995, this certainly isn't as head-scratching or random as Archangel #1 nor as phoned in as Logan: Path of the Warlord, but it is very much a testament to just how much X-Fans were willing to gobble up, no questions asked, in the mid-90s, that Marvel felt like they could make money publishing an art portfolio promotional guidebook to a specific setting within the world of a spinoff of a spinoff.

Next Issue
Psylocke meets the Crimson Dawn in Uncanny X-Men #330, Forge prepares to battle the Adversary in X-Factor #120, and Nate meets Threnody in X-Man #13!