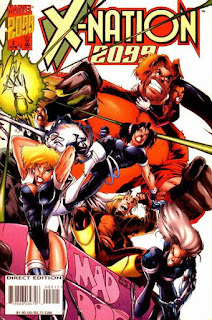 In a Nutshell
X-Nation is attacked by Avian.

Plot
With Sister Nicholas furious that the X-Nation kids snuck out of the shelter, Cerebra tells them they are all going to have to work on a construction project as punishment. Meanwhile, at the Million Palms Resort, Avian recaptures Metalsmith, then sends a squad of his forces to attack X-Nation and recapture Willow. Using plans to Halo City given to them by Herod, Avian's forces sneak in and attack attack as the kids are doing their work. December recognizes them, and knows they are after Willow. Together with the Sisters of the Howling Commandments, X-Nation fights off the goons, but in the wake of their victory, they realize Willow is missing.