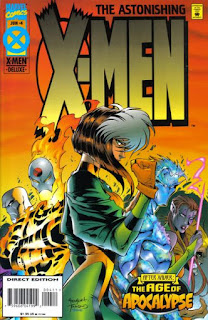 In a Nutshell
The X-Men defeat Holocaust.

Plot
Enraged, Blink attacks Holocaust, chipping away at his armor with teleportation micro-strikes before dropping him into a vat of chemicals. Meanwhile, Apocalypse taunts a captive Magneto. Back at the Infinite Processing Plant, the X-Men stop the execution of Holocaust's human prisoners just as Holocaust emerges from the vat. Posing as Morph, Rogue is able to absorb a portion of his power, weakening him, before fighting him to a standstill. Holocaust positions himself and Rogue over a teleportation platform, hoping to bring her with him to Apocalypse's citadel, but as he teleports out, Iceman arrives and pulls Rogue away. He tells her he was sent by Quicksilver to bring back her team, and Rogue declares that tonight, one way or another, the age of Apocalypse is over.

Firsts and Other Notables
The issue concludes with Rogue declaring the Age of Apocalypse is over, in one of those badass action movie beats. But also, the AoA is over for this book as of that panel, as this is the last issue of the series. 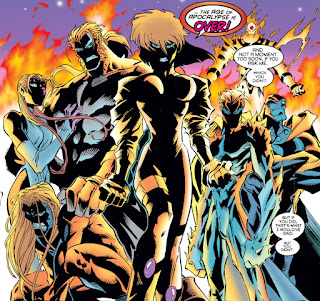 Iceman, dispatched by Quicksilver in Amazing X-Men #3 to find Rogue’s team, turns up in this issue. 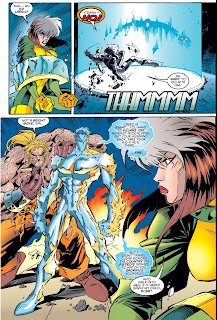 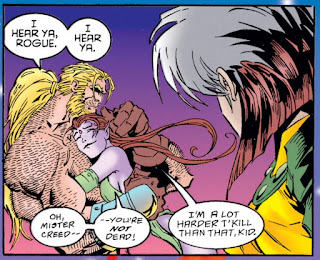 Through the Looking Glass
Apparently, TV no longer exists in the Age of Apocalypse. 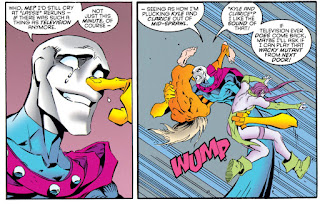 A Work in Progress
Apocalypse taunts a captive Magneto throughout the issue. 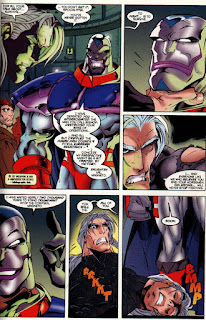 Holocaust in turn taunts Rogue with the news of Magneto’s capture. 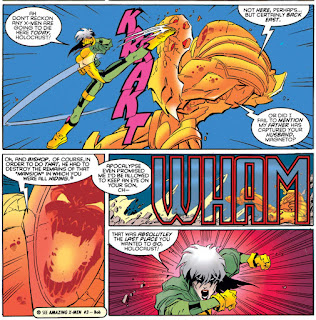 Holocaust calls himself the First Horseman of Apocalypse.

Morph morphs into Charles in order to get Rogue’s attention. 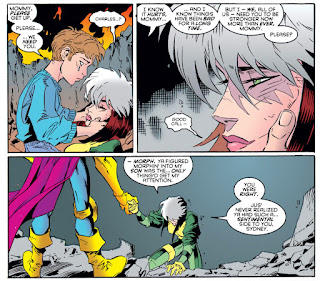 Austin's Analysis
As a series, Astonishing X-Men is, ultimately, one of the most insular of all the "Age of Apocalypse" books. Whereas the general umbrella plot of most of the books is "Magneto assigns the title characters a mission in service of the larger 'bring back a better reality'" effort (with X-Man doing its own thing while Weapon X & Factor X focus on events from the perspectives of humans and the upper echelons of Apocalypse's regime, respectively), the mission the characters in this series undertake has nothing to do with that larger plot. Instead, it's a more standard "X-Men work to stop a specific bad guy plot" kind of thing, with its connection to the larger storyline only name-checked in this final issue.

As a result, this is the book that, of all the others, reads the most like what an ongoing X-Men series would look like set in an Age of Apocalypse reality where the existence of another reality and the means to restore it weren't known. Which isn't a bad thing; for one, it gives more room for the characterization & art to shine (it's no surprise that Blink, Sabretooth & Morph have lives beyond this story, as all three leave lasting impressions here, while the juxtaposition between Madureira's clean, anime-esque art & the dark setting helps elevate the series). But it does leave the book feeling somewhat cutoff from the grand, reality-altering happenings elsewhere in the larger story, and therefore somewhat diminished despite itself.