The Milch Studies: NYPD BLUE Season One - The Guest Stars 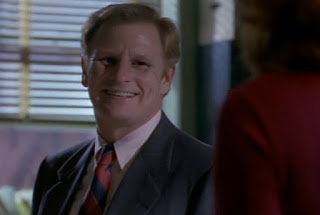 Gordon Clapp as Detective Greg Medavoy
Gordon Clapp first appeared as a guest star in episode three, became a recurring character during the first season, and was added to the opening credits in Season Two.  He stuck with the show to the very end, appearing in almost as many episodes as Dennis Franz.  While practically every other actor with a role his size complained about not having enough to do and eventually left, Clapp seemed to have the good sense to stick around on a hit show and not trip over his own ego.  Just based on comments by people who worked on the series, Clapp is a decent, likable guy who was popular around the set. 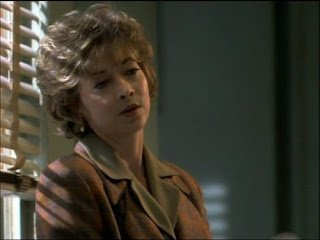 Sharon Lawrence as Assistant District Attorney Sylvia Costas
Sylvia Costas is a character who appears in the very first scene of the show -- she’s the ADA trying to prosecute a weak case handed over to her by a drunken Andy Sipowicz.  The case is thrown out, and after a brief exchange with Sipowicz, he proceeds to grab his crotch and swear at her.  In the next season finale, they marry.  Sylvia Costas wasn’t intended as a major character, but she became essential to Sipowicz’s character arc, and after showing herself as a credible love interest for Sipowicz, she became a series regular.  Actress Sharon Lawrence had the predictable “You’re not giving me enough to do!” complaints, however, leading her to leave the show on three separate occasions.  The third time turned out to be her last. 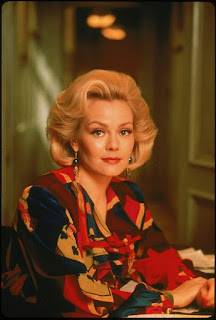 Gail O'Grady as Personal Administrative Aide Donna Abandano
Donna Abandano is introduced midway through Season One as the squad’s PAA (Wiki says that’s a “Personal Administrative Aide.” The show never spells out the term, from what I can recall.)  It’s a secretarial role, basically.  This is probably the most thankless job on the show.  You have to sit there and pretend to do paperwork while all of the other actors around either solve crimes or undergo juicy character dramas.  (You don’t even get to do actual paperwork; you’re pretending to do fake paperwork!)  Keeping a stable presence in this role turned out to be difficult for the producers.  Honestly, I think this position should’ve just been eliminated after O'Grady's exit.  Do you really need a character to help out with clerical duties?  Especially when it’s almost impossible to keep an actor satisfied in this role?

Donna Abandano Character Facts:  She loves the New York Rangers, once had an affair with one of the players, and becomes the “other woman” of sorts with Detective Medavoy this year.  The Greg/Donna romance actually doesn’t last that long, but it impacts the character of Medavoy for the first four seasons of the show. 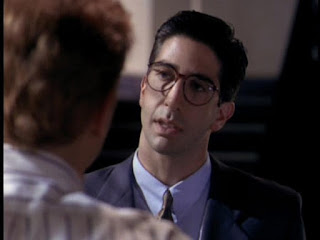 David Schwimmer as Josh '4B' Goldstein
A pre-Friends David Schwimmer, playing a small town boy from the Midwest (yet with a New York accent) trying to make it in the big city.  He’s the neighbor of Det. Kelly’s ex-wife, and Kelly quickly discerns that he has a crush on her.  Josh is assaulted in the building while doing his laundry one night, leading to a crisis of confidence that ultimately gets him killed.  He’s the first of many peripheral characters on this show to die.

Schwimmer’s scenes with Caruso are actually fascinating to watch.  Det. Kelly has every reason not to like this guy -- he’s interested in Kelly’s ex-wife, he’s dismissive of the job the police are doing in his neighborhood, and he stubbornly refuses to ever take Kelly’s advice -- yet Caruso pals around with Schwimmer in an unusually warm way.  It’s hard to tell if it’s meant to be condescending, or just brotherly, but their scenes together are fun to watch and are often highlights of the early episodes.

Josh '4B' Goldstein Character Facts:  4B is the nickname Det. Kelly bestows upon him, based upon his apartment number.  It’s not a great or imaginative nickname for him, but somehow it’s always stuck with fans of the show. 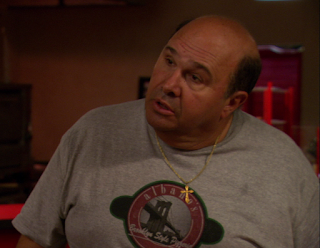 Robert Costanzo as mafia soldier Alphonse Giardella
Costanzo  would be recognizable to any comics fan -- he’s the voice of Harvey Bullock on Batman: The Animated Series!  He also had a great agent in 1993, since he’s always credited on the show as “Special Guest Star” Robert Costanzo instead of just a regular ol’ guest star.  Alphonse Giardella is a low-level mobster that Sipowicz has an irrational hatred for, one that’s never revealed on the show.  In the True Blue memoir, David Milch says that Sipowicz views Giardella as a cartoonish caricature of himself, while Max Allan Collins attempts to address the question in his prequel novel, Blue Beginning.

Alphonse Giardella Character Facts:  Giardella is the third character on the show to carry a torch for Laura Michaels.  He offers to buy her a car while wooing her. 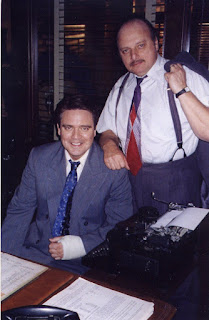 Michael Harney as Detective Mike Roberts
You might recognize Michael Harney from Orange is the New Black as Corrections Officer Sam Healy.  He’s one of the recurring detectives we see in Season One, from the days before there’s a set cast of detectives to surround the two stars.  Detective Mike Roberts reveals what it will take for Lt. Fancy to finally get rid of you -- sleep with a drug-addicted informant and try to cover up her death after she ODs.  Mike Roberts is a great example of one of the show’s strengths -- characters are rarely purely good or bad.  Roberts is certainly a screw-up, and not a flattering portrayal of a cop, but the show’s hero John Kelly remains friends with him after he’s forced into early retirement, hinting to the audience that maybe Mike’s not all bad.  In one of the later Season One episodes, Roberts and Kelly have coffee together, and Roberts pressures Kelly into acknowledging that in spite of his flaws, Kelly always respected him as a cop.  The way Caruso plays the response, part pity, part annoyance, is wonderful.

Roberts go on to run a small security firm and occasionally appears in future seasons as a guest star.  There’s a fantastic character moment in Season Three, when he learns that an old case of his is being reopened, and a fact he didn’t pick up on years earlier would have cleared the case.  “Well, shame on me,” he says with no irony.  Being a cop, The Job, means the world to Mike Roberts and being faced with one of his failures shames him more than his inappropriate affair.

Detective Mike Roberts Character Facts:  Det. Roberts also left a dog in a locked room with his dead informant’s body.  When the dog is later found, eaten up with parasites, Sipowicz takes her in and cares for the dog during the rest of the season.  Sipowicz isn’t nearly as forgiving of Roberts as Kelly is, and it’s implied that the dog is the reason why.

That dog is never seen after the first season, by the way.

This leads us to…

NYPD Blue Season One - Things that Didn’t Stick Around


That’s all of the background.  Next time, I’ll examine the actual story content of the first season, and try to resist noting every time David Caruso chose to throw a tantrum on the set.