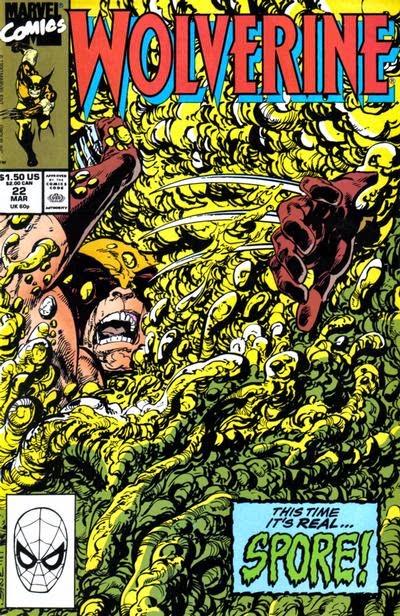 In a Nutshell
Caridad transforms himself into Spore.

Plot
Wolverine is tortured on orders from Caridad, then returned to his cell, as Caridad fulfills his promise and reunites Sister Salvation with their son Palo, serving as a solider in his army. Wolverine, sharing his cell with Roughouse, worries what will happen if Caridad proceeds with his plan to infect someone with the tainted cocaine and Spore is freed. Caridad is still insistent on creating a superhero for Tierra Verde, and plans to use the cocaine on his son. Meanwhile, Wolverine urges Roughouse to break free of his chains, and when he hears Sister Salvation cry out, he does so, then frees Wolverine and they set out to find Sister Salvation and stop Caridad. However, despite his mother's objections, Palo is willing to receive the treatment, hoping to make his father proud and confidant his mother's healing abilities will keep him safe. 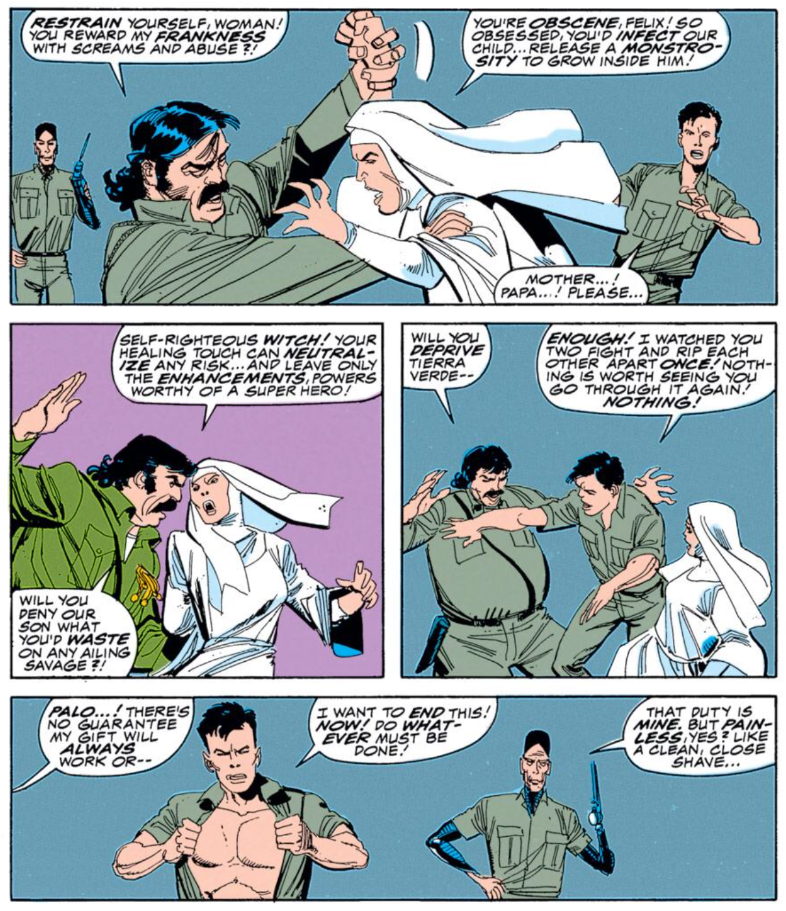 But as Geist prepares to inject him, Wolverine and Roughouse burst into the room. Wolverine deflects the injection darts as Giest fires, and though one of them hits Palo, most go into Caridad. Giest flees as La Bandera suddenly attacks the compound, leading the political prisoners and the native population she befriended in the jungle, but Caridad picks up the injection gun and doses himself more, determined to become a superhero. Instead, Spore emerges and attacks first La Bandera and then, after he distracts the creature, Wolverine, who is quickly smothered in Spore's bulk.

Firsts and Other Notables
This issue seems to suggest that Roughouse is not Asgardian, as he talks about being beat by his father and getting scars as a child, and is in general presenting as a more common thug who grew up hard and became a heavy as a result, though nothing directly contradicts the idea that he's Asgardian (which remains the official line), as it could have been an Asgardian father attacking him. 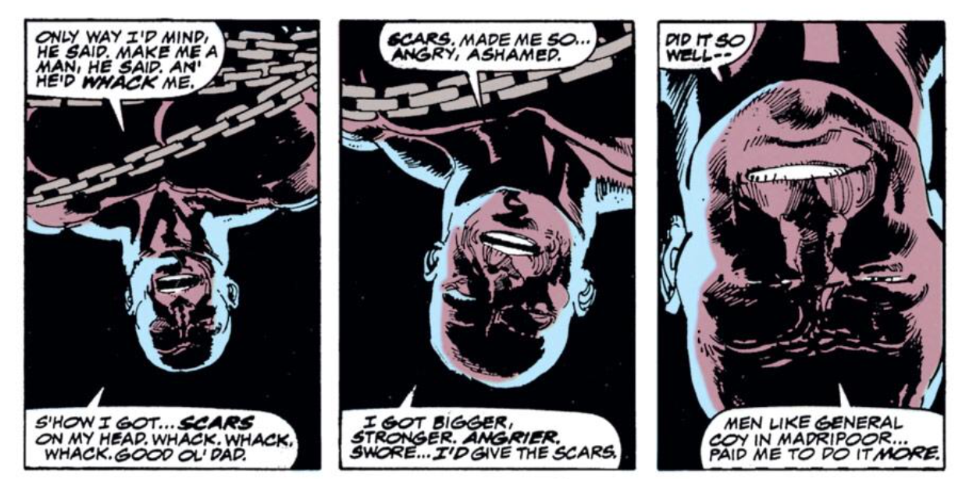 Spore appears for the first time in the, uh, flesh, as Caridad willingly injects himself with the tainted drug, allowing Spore to take over his body. 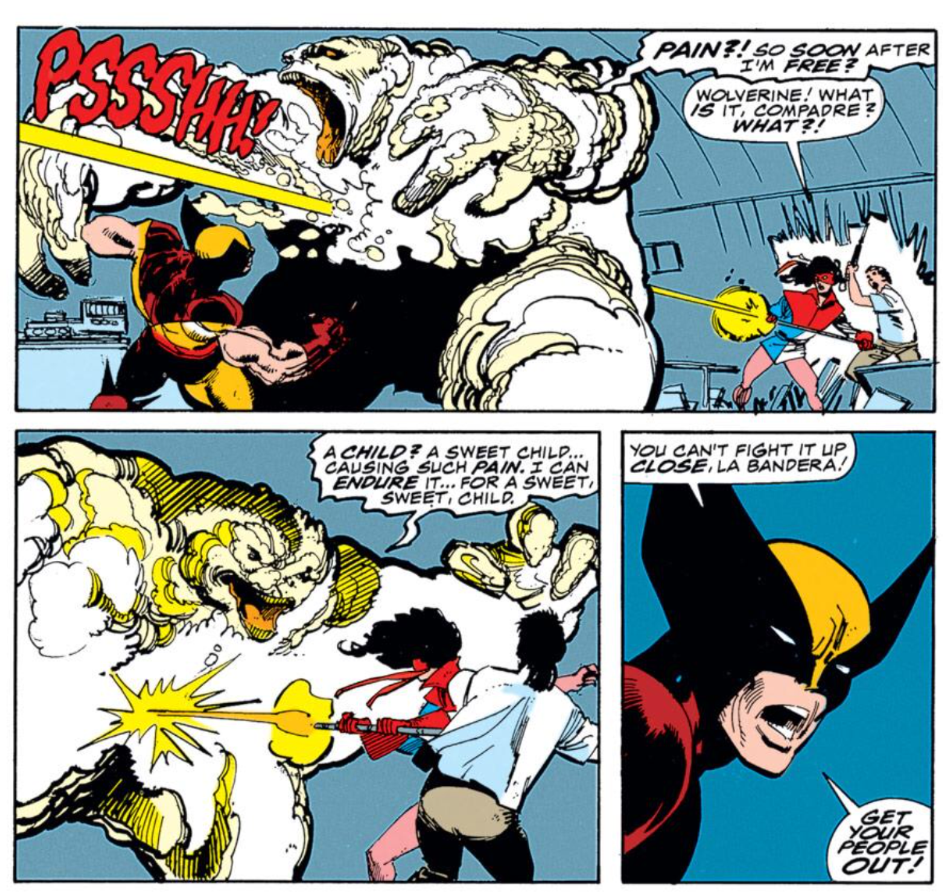 A Work in Progress
Wolverine flashes back to the events of his first limited series, mentioning Mariko in this series for the first time in a long time. 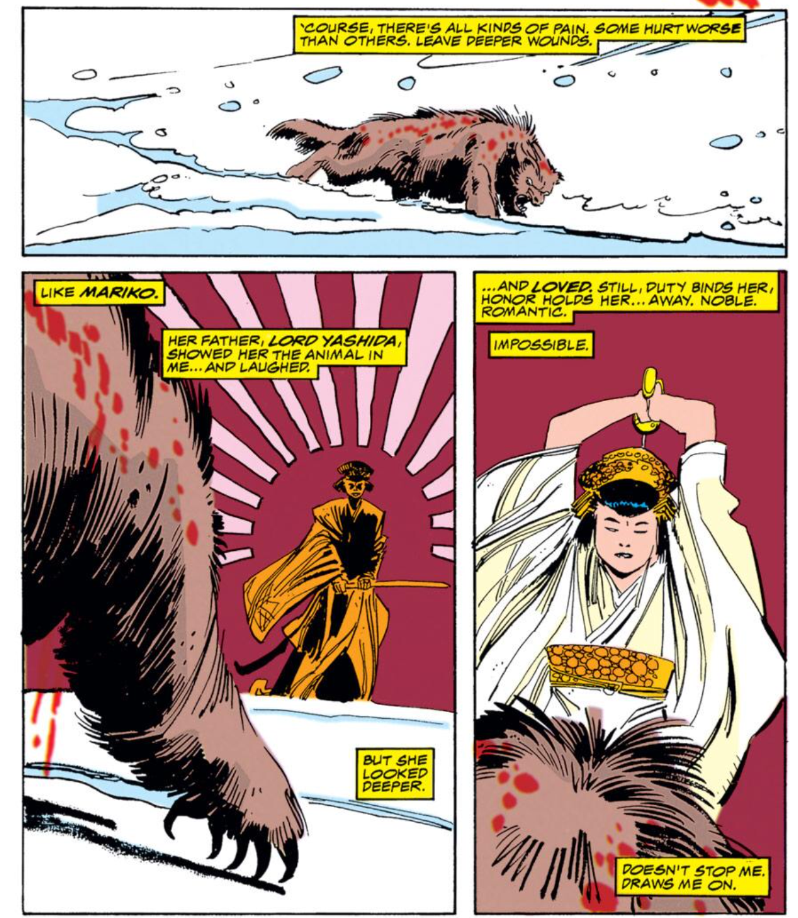 Geist's whole shaving bit has developed to the point where it's a clearly a weirdo obsession with him, as he's now bringing it up unsolicited ("What wants a shave? Anyone want a shave? You know what I could go for? A good shaving") and Caridad is calling him on it. 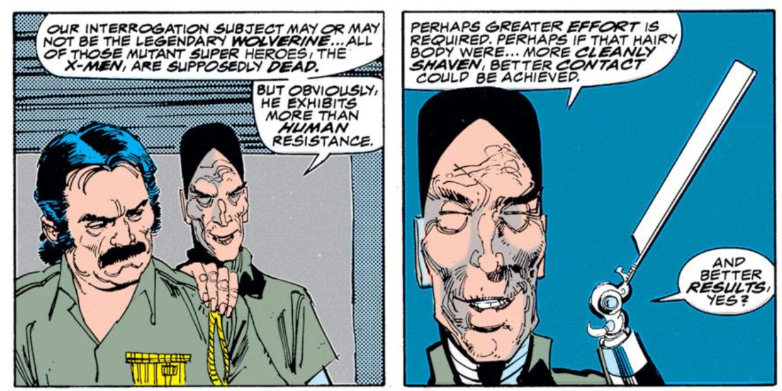 Roughouse says he won't hurt anyone again, his violent tendencies having been healed by Sister Salvation. 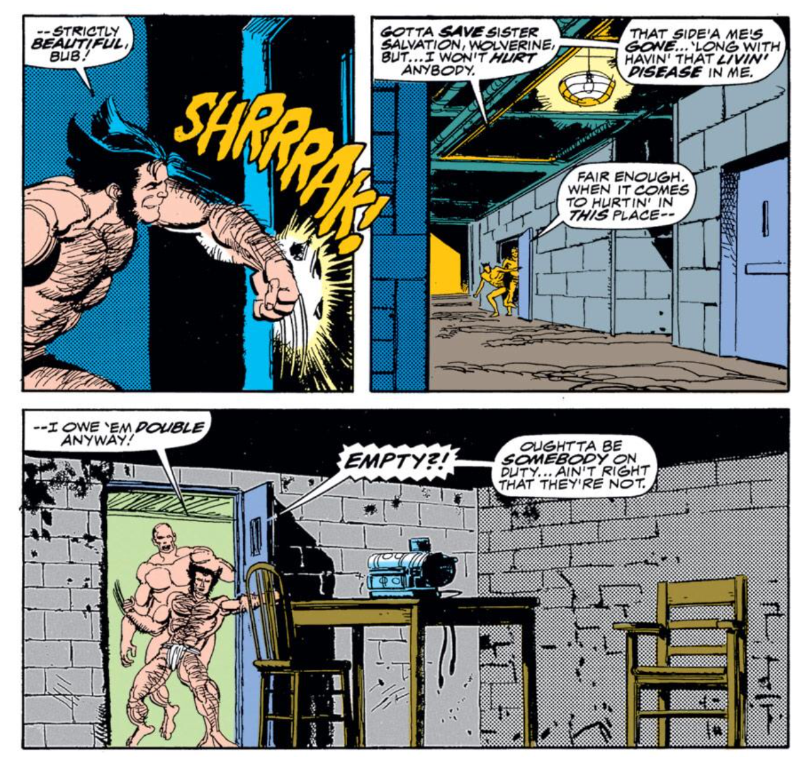 Sister Salvation says she can only heal one person at time, choosing to heal her son (hit with one dart) instead of Caridad. 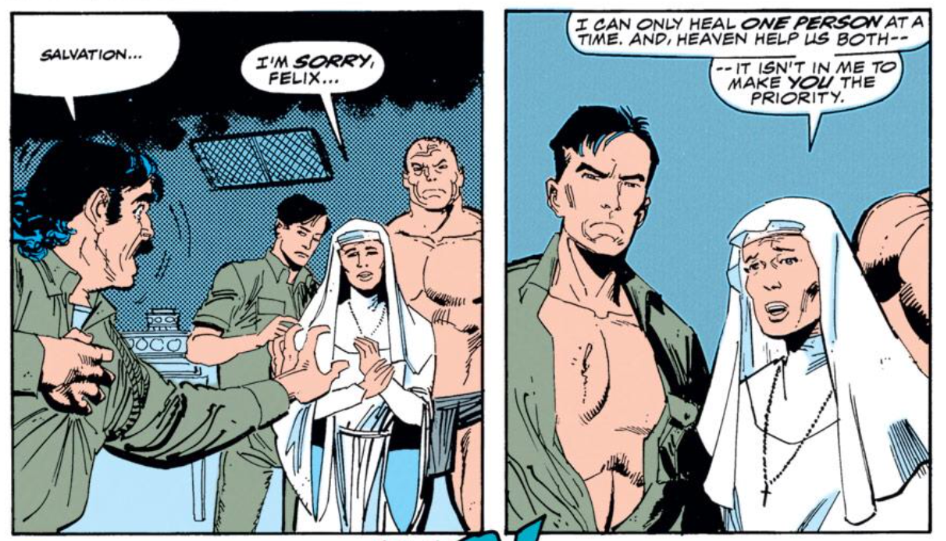 Teebore's Take
We're firmly in the territory of diminishing returns with this story at this point, which seems, as of this issue, that it's probably at least one too long. This is the story's penultimate chapter, and as such, it's chiefly concerned with moving the players into place for the finale next issue. Penultimate chapters can be good on their own ("The Dark Phoenix Saga" has one of the all time great ones), increasing the tension and piling on events in the race to the climax, but often, they feel like water-treading exercises, designed to kill some time before the big finale in the next issue, and that's what this feels like.

It doesn't help that the main plot of this issue involves the Caridad family, as we finally meet the son of Caridad and Sister Salvation, somewhat cleverly being hidden in plain sight by Caridad as a grunt in his military. The reunion with her son is what has driven Sister Salvation throughout the story, notably last issue when she betrayed Wolverine and Roughouse, so this should be a big deal, but it's really not. Even without the benefit of hindsight, it seems pretty clear that the Caridad family isn't long for the narrative, and it's simply hard to care too much about characters that won't make another appearance after the story concludes, especially when they're taking center stage while the character we do care gets into place to do something cool in the next issue.