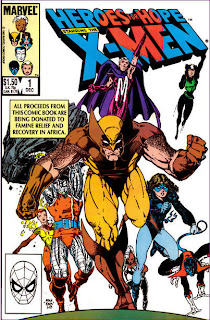 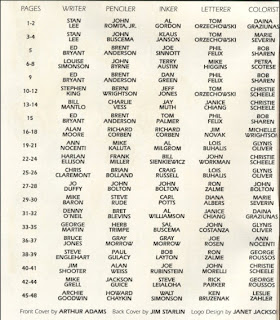 Plot
One by one, each of the X-Men suffer a series of psychic hallucinations that turn their fears, hopes and desires against, leaving them feeling worn out and exhausted. Rachel is able to pinpoint the source of the attacks, and the shaken team travels to famine-stricken Africa. They stop their search for the entity attacking them in order to aid relief workers ministering to a village of starving and sick people. A few nights later, Rogue absorbs each of her teammates' powers and locates the temple which contains their foe: a psychic scavenger named Hungry. Rogue and Hungry battle, but when Rogue tries to absorb the creature, it takes over her body. As Rogue, Hungry attacks Storm, but gradually, the rest of the X-Men awaken, reclaiming their powers and weakening Hungry to the point where Rachel is able to drive it from Rogue's body, and the creature flees. In the wake of their confrontation, the X-Men accept that Hungry will always exist so long as humans suffer, but also that they, and all of humanity, must battle the despair it spreads with hope. 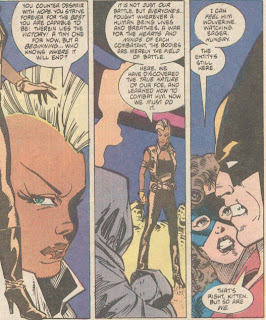 Firsts and Other Notables
Heroes for Hope is a one-shot comic, the brainchild of artists Jim Starlin and Bernie Wrightson, in which all the profits from the issue (and the money that would have been paid to the creators involved) were donated to famine relief for Africa. Janet Jackson, whose brother orchestrated the similar charity effort behind "We are the World", designed the cover logo. The inside back cover of the issue contains an editorial from Jim Shooter discussing how the issue came about and what is being donated.

As indicated by the credits page, this is a jam issue, with dozens of creators from inside and outside the comics industry participating, with each artistic team contributing 1-4 pages of story to the issue. Notable comic book creators involved include Alan Moore (the famed British scribe, author of Watchmen), Frank Miller (who contributed to the Wolverine portion of the story), Stan Lee and John Byrne (both returning to the X-Men), while creators involved from outside comics include Stephen King, A Song of Ice and Fire scribe George R. R. Martin and acclaimed sci-fi writer Harlan Ellison.

The villain of this story is called alternately Hungry and the Entity (not to be confused with the manifestation of Xavier's dark side which troubled the X-Men in issue #106 and the X-Men/Micronauts limited series), a psychic being which Storm believes may have evolved alongside humantity and feeds on its hopelessness and despair.

The cover of this issue is drawn by Art Adams, and the specific image of Wolverine will be lifted from this cover and used on various Marvel licensed products, including near-life size cardboard standees given to comic shops.

The Chronology Corner
Following this issue, the X-Men and New Mutants appear briefly in Secret Wars II #7, with Magneto and Kitty then appearing in New Mutants #36 before Uncanny X-Men #202.

A Work in Progress
At one point, Colossus ends up trapped in the school's pool, and worries about drowning, despite the fact that he doesn't need to breathe while armored. 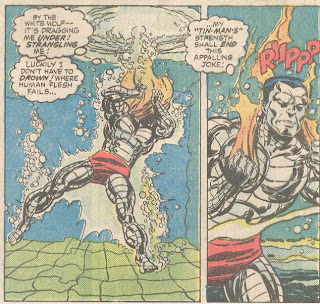 Nightcrawler teleports with five people at one time, the most he's ever teleported at once. 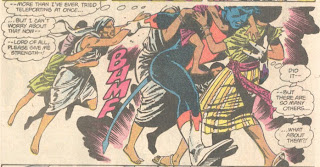 After spending a day distributing famine relief to starving people, Kitty bemoans the X-Men's relative helplessness, as Colossus notes they are not God and can only do so much. 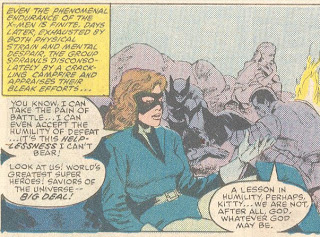 When Rogue takes each of the X-Men's powers, her clothes change to reflect their various costumes, which isn't how her power works and isn't really shown again.

I Love the 80s
Heroes for Hope is one of several charitable artistic works from the mid 80s created to help spread awareness and raise funds for famine relief in Africa, such as the songs "We are the World" and "Do They Know It's Christmas?". Though the X-Men battling a creature called Hungry is a bit on the nose and comes dangerously close to crossing the line into twee-ness, thankfully nothing in this issue is quite as sanctimonious and unintentionally-hilarious as some of the lines in "Do They Know It's Christmas?" (a song that, to be clear, is nonetheless one of my favorite Christmas songs).

Rachel Summers, Crybaby
Not surprisingly, Rachel reliving her past, cries. Though in her defense, this time at least the villain is trying to make her cry.

Human/Mutant Relations
It is said that in the famine-stricken African village, there is no energy for fear or hatred of mutants. No word, unfortunately, on whether or not the villagers are aware of Christmas. 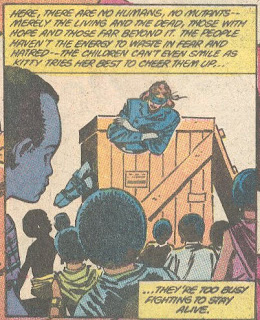 Chris Claremont on the genesis of Heroes for Hope
"The genesis of the original idea was [with] Jim Starlin and Bernie Wrightson. It just popped into their heads one evening, and they thought it was really neat, and they called Jim Shooter, and he thought it was really neat. He went to Mike Hobson and Jim Galton, and they thought it was really neat. At which point, somewhere in there, Starlin and Wrightson called me and said, 'Look, we want to do this book, we'd like to use the X-Men. Since you write The X-Men, would you like to be involved?' And I said, 'Hell, yes!' And they ran about collecting the artists, and I took care of the writers. And then basically, Berni [Wrightson], Jim [Starlin], Ann Nocenti and I sat down one afternoon and hammered together the basic premise of what we wanted to do and how we wanted to do it, and then - far more slowly than I would have liked - I hammered it into a plot … we're all donating our time and the money we would have been paid. Marvel will be donating its profits; Curtis Circulation will be donating its profits, down the line. It's in the same manner that the record 'We Are the World,' was done."

Teebore's Take
It's tough to criticize something like this. At the end of the day, its sole existence is to generate money for famine relief, and that's a noble enough intent that the urge to sit back and pick nits lessens. Obviously, a case can be made for ensuring the final product is appealing enough so as to draw in the most buyers and generate the most relief, and while I have no idea how much money this issue actually made in the end, the final effort is at least on the level of contemporaneous comic books (and certainly rises above something like, say, the promotional X-Men at the State Fair of Texas). The story itself also manages to strike the right balance between making the real world problem this issue is trying to address apparent without offering up a quick fix to the problem that could only happen in a comic book (ie the X-Men don't punch starvation to death or anything like that).

In terms of the X-Men, its certainly another sign of the characters' growing popularity that Marvel turned to the X-Men, rather than, say, Spider-Man or the Fantastic Four, to headline its big charity issue, but beyond that, this issue, not surprisingly, doesn't add much to the ongoing X-Men mythos. The real draw here (beyond the charitable motivations) is the jam itself, as it affords us an opportunity to see creators we wouldn't ordinarily see working on X-Men take a crack at the characters, whether they be authors who rarely work in comics, like Stephen King or George R.R. Martin, or artists who never otherwise got involved with the X-Men, like Richard Corben or Howard Chaykin. This isn't groundbreaking or terribly relevant stuff, but at the end of the day, there's a charming novelty to it, and a good cause behind it, and that's good enough.

Next Issue
Tomorrow, we look at the unfolding of one of comics' biggest retcons in Avengers #263 & Fantastic Four #286, followed next week by a trip to San Fransisco in Uncanny X-Men #202.
Newer Post Older Post Home
Posted by Austin Gorton at 12:00 PM