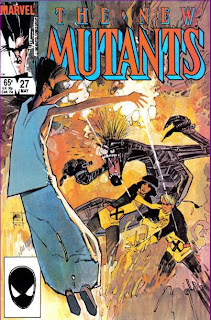 In a Nutshell
Professor X and Dani enter Legion's mind to save their friends.

Plot
Professor X, Gabby Haller and the New Mutants examine the unconscious forms of Rahne and Moira, marveling that despite the destruction to Moira's lab caused by the explosion, their bodies are unharmed. However, just like Tom and Sharon, Xavier determines that their minds are gone, and suspects David Haller is behind the attacks. With Rahne still in her wolf form, Dani reasons she may be able to contact her through their psychic link via the Astral Plane. Xavier and Dani enter the Astra Plane, where they're attacked just as Gabby Haller and Doug are pulled onto the Astral Plane as well, leaving a despondent Warlock behind. Determined to end the threat, Xavier begins attacking the psychic walls around David's mind. In the process, he discovers that David is his son, a revelation that distracts him enough that the others are get sucked into David's mind. Coming face to face with the three dominant personalities which control David's powers, Xavier plunges into the boy's mind after his companions. He finds himself in a war-torn representation of Paris, dominated by a massive black dome in the distance. 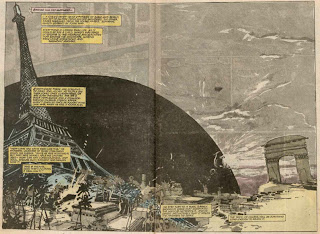 Making contact with Dani, he sends her, Doug and Gabby to find Moira and Rahne while he searches for Tom and Sharon. Xavier is then attacked by a gunship and saved by one of David's personalities, Jack Wayne, who controls David's telekinesis. He tells Xavier that the dome imprisons David's true psyche, and that it was erected by the young Arabian man who controls David's telepathy. The Arabian, according to Jack, turns David's nightmares against David's other psi-selves, making the Arabian responsible for David's condition. Meanwhile, Dani, Doug and Gabby encounter the Arabian, whom Gabby recognizes as the terrorist that led an attack which almost killed David. Elsewhere, Rahne and Moira come across Cyndi, another of David's personalities, who controls his pyrotic ability. She leads them to the others, and Moira theorizes that when David used his nascent powers to defend himself during the terrorist attack, he inadvertently absorbed the mind of their leader into his own. Elsewhere, Jack explains to Xavier that the only way to free David and restore order to his mind is to kill the Arabian. Xavier reluctantly agrees.

Firsts and Other Notables
Professor Xavier learns that Legion is his son in this issue. 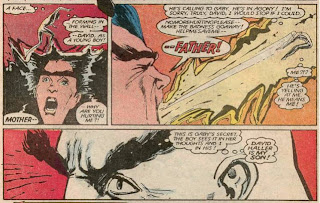 Legion's origin is revealed in this issue: young David Haller was the only survivor of a terrorist attack that first triggered his mutant power, causing him to destroy the minds of all the terrorists, save their leader (whom we'll learn next issue is named Jemail), whose mind Daniel inadvertently absorbed into his own. The trauma of psychically experiencing so much death rendered him catatonic and fractured his mind into multiple personalities, chief among them the cavalier Jack Wayne and the rebellious Cyndi who, along with Jemail, each control a different facet of his psychic abilities. The name Legion comes from Jack Wayne, a play on the biblical passage "My name is Legion: for we are many". 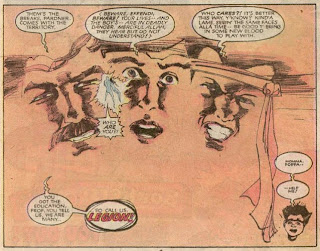 Of the three personalities, Jack controls David's telekinesis, while Cyndi is pyrokinetic (or "pyrotic" here) and "the Arab" is telepathic. Future stories will show Legion capable of absorbing other minds (like he did with Jemail), with each capable of manifesting a different ability.

It's revealed that Daniel Shomron, the friend of Xavier's who brought Xavier in to help Gabrielle Haller in Uncanny X-Men #161, was David's godfather, and died in the attack that led to David's current condition. 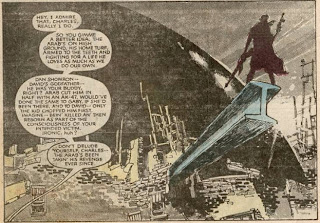 A Work in Progress
It's established that under normal circumstances, Rahne reverts to her human form if she's knocked unconscious while in her transitional state. 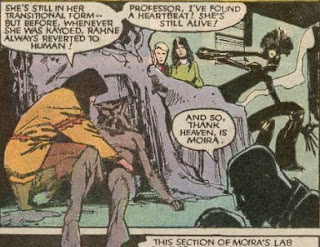 Professor X compares the mindless but otherwise unharmed bodies of Moira and Rahne (and Sharon and Tom) to the condition in which Rogue leaves the people from whom she's taken powers.

Xavier once again references his weakened condition and diminished powers, brought on by the attack he suffered at the end of X-Men #192.

When Xavier and Dani enter the Astral Plane, they appear, as he explains, in an idealized form. It's not quite on the level of putting Dani in the skimpiest outfit possible (since Xavier is similarly (un)attired), but it's still kinda icky to think that Xavier is interacting with the "idealized" and very naked forms of his female students.

It's made clear that Cyndi is responsible for the explosion in Moira's lab, though she points out that Cyndi could have killed them but didn't.

I Love the 80s
Cyndi, in both name and attitude, is a clear allusion to 80s pop singer Cyndi Lauper.

Dani refers to Legion as a "geek", but since she presumably isn't aware of any predilections he may have towards comic books, video games or the like, she's may be using it in terms of its older definition, in which it applied to oddball performers, due to his unique look.

Claremontisms
Dani is once again called "Chief" by Doug throughout.

Rahne refers to Jamal as a "spalpeen", which I believe is the correct spelling of the word "spaleen", previous uttered by Banshee and Moira in various issues. It's actually an Irish slang terms for rascal or scamp, from what the internet tells me.

Artistic Achievements
It's a relatively simple image (especially compared to some of the other stuff in this issue), but I've always liked the closing panel of this issue, featuring Xavier against a stark white background, defined by the knife he's taken from Jack Wayne representing his agreement to try and kill the Arab. 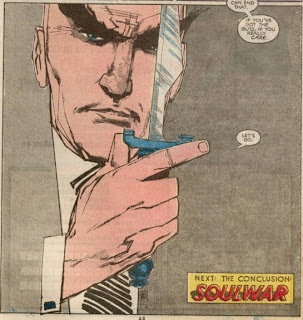 Teebore's Take
This issue reveals more to us about Legion and the specifics of his condition as well as revealing to Xavier that Legion is his son. It also sets up the seeming objective for the remainder of the story: penetrate the dome and destroy the Arab to save David and everyone else trapped in his mind. But while Claremont packs this issue with plot, the real standout is the Sienkiewicz art. Once more free from the constraints of depicting some representation of reality, he cuts loose, depicting a nightmarish, ravaged Paris packed with skewed perspectives and surreal images like tanks with arms and helicopters with teeth. As much as Sienkiewicz played with open space in the Demon Bear's dimension during issue #20, here he does the opposite, creating a claustrophobic setting jammed packed with people and objects, all without losing the position of the characters or the thread of the narrative. Sienkiewicz is clearly having fun, and the energy on the page throughout the issue is palpable.

Next Issue
Wednesday, we look at X-Men Annual #8, then the Beauty and the Beast limited series (Dazzler is the "beauty").
Newer Post Older Post Home
Posted by Austin Gorton at 11:00 AM