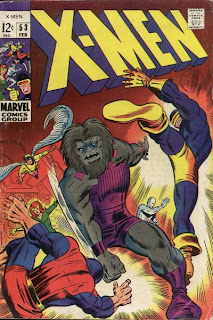 In a nutshell: The X-Men fight Blastaar

Plot
In the Negative Zone, Blastaar watches Earth through an interdimensional interface, knowing his anti-matter body would be destroyed if he crossed dimensions and swearing to find a way to attack Earth and avenge his past defeats. Meanwhile, Marvel Girl is testing one of Professor Xavier's inventions, a matter transport device. The machine stuns her but continues to run, increasing in power and drawing Blastaar from the Negative Zone. As Blastaar attacks, Marvel Girl summons the X-Men. Angel, Cyclops and Beast battle Blastaar as Iceman creates ice mannequins, with which Marvel Girl telekinetically attacks Blastaar. He easily destroys them, but the melting ice creates a link between Blastaar and the still-running matter transport device, which seemingly kills him. 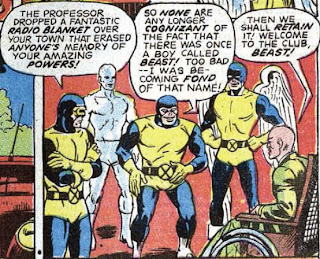 Firsts and Other Notables
Barry Windsor-Smith (as Barry Smith) fills in as guest artist. He will go on to much acclaim as, amongst other things, the artist of Marvel's Conan comic, and will later return to the X-Men to pencil Chris Claremont's two Storm-centric "Lifedeath" issues, the highly regarded Wolverine solo adventure in issue #205, and the "Weapon X" Wolverine origin story in Marvel Comics Presents.

Blastaar is a Lee/Kirby created Fantastic Four villain. He lives in the Negative Zone (an antimatter dimension discovered by Reed Richards) and, uh, fires energy blasts from his hands. He is seemingly killed at the end of the issue, but he'll pop up with little fanfare in other comics soon enough.

In the backup, Hank becomes the fourth member of the X-Men.

A Work in Progress
Inspired by Blastaar using his blasts to propel himself into the air, Cyclops does the same with his own optic blast. While there have been plenty times in which Cyclops has used his optic blast slow his rapid descent from a great height in defiance of traditional physics, I've honestly never seen him use it to push off into the air before (and doubt he'll ever do it again) but, dodgy physics aside, there's no reason it shouldn't work both ways. 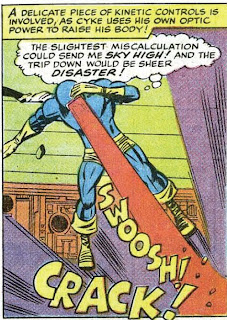 In the back up story, Professor X explicitly uses his mental powers to physical affect the miniature power plant, even referring to his ability as telekinesis, which is blatantly wrong.

Last issue, the miniature power plant Conquistador coveted was described as being nuclear; in this issue, it utilizes solar energy.

Ah, the Silver Age
Blastaar spouts off tons of bombastic, over-the-top dialogue. My favorite: "Blastaar too can fly! A living rocket -- aimed at your vitals!" 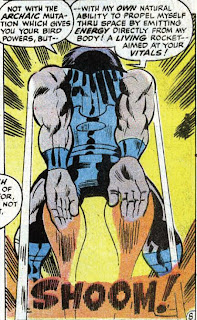 The ever progressive Iceman makes a crack about giving women the right to vote. 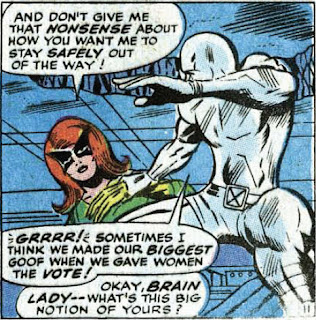 There's some exceptionally ham-fisted plotting in this one. Iceman creates a bunch of ice mannequins with which Marvel Girl telekinetically attacks Blastaar (?), causing him to melt them, which creates water that forms a link between Blastaar's energy and the energy of Professor X's device (??) which then disintegrates Blastaar (???). 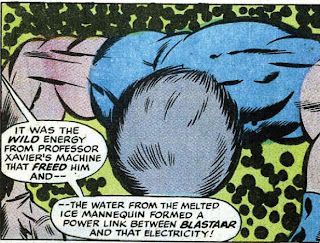 Remember: wherever men live with hate in their hearts, Blastaar lives there too! 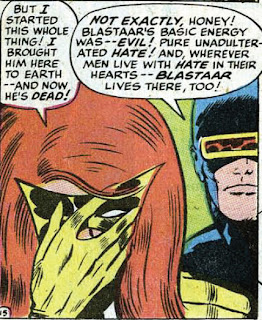 "Professor Xavier is a Jerk!"
The X-Men defeat Conquistador and Hank joins up, but there's still a whole town full of people who remember Hank's abilities, which means its time for Professor X to indulge in his favorite pastime. 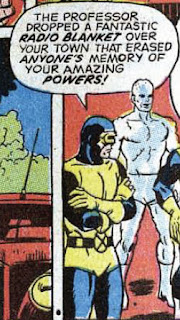 No word on whether or not Professor X also wiped the memories of everyone who watched Hank on TV. But I think it's safe to say he probably did.

"Professor Xavier is a Jerk! The X-Men are jerks!"
Apparently, the other X-Men left Hank to rescue his parents by himself. 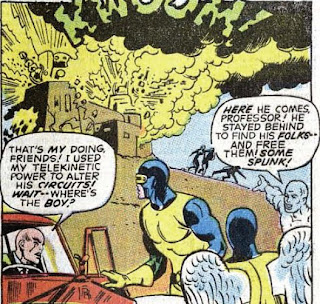 For Sale
Halloween is just around the corner... 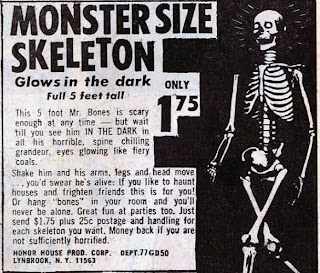 It's in the Mail
Future Marvel editor, longtime Captain America writer and Official Handbook of the Marvel Universe originator Mark Gruenwald has a letter published. Considering the way the Marvel handbook explains in great detail the way characters' powers work, it's fitting that young Mark is complaining about Angel's wings being to small to grant him flight while offering a counter-explanation. 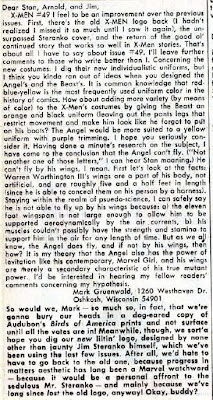 Teebore's Take
It's fill-in issue, and a rather bad one at that. The X-Men fight Blastaar (a random Fantastic Four villain).

The only thing worth talking about is the art from a young Barry Windsor Smith. It looks nothing like his later work, as he's basically doing a bald Jack Kirby imitation (complete with Kirby Dots). While it lacks the dynamism and originality of Steranko's work, I still like it a bit more than the usual Heck/Roth art combo. As it is, the art is the only thing keeping this issue from edging out the X-Men vs. an alien Frankenstein robot story in issue #40 as the worst single issue thus far.
Newer Post Older Post Home
Posted by Austin Gorton at 8:00 AM