To Better Know A Hero: Quicksilver 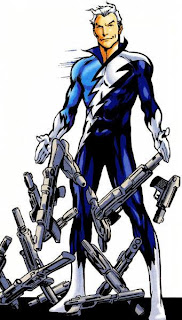 Powers and Abilities: Quicksilver possess the mutant ability to move and think exceedingly fast. He can run at speeds up to Mach 5, and his body is designed to survive the rigors of moving at such speeds.

For a time following the Scarlet Witch's depowering of 98% of the world's mutants, Quicksilver was powerless before artificially gaining the ability to briefly move forwards and backwards in time. His original abilities have since been restored.

Weaknesses and Achilles’ Heels: Impatience, arrogance, and a certain proclivity for bouts of insanity.

Friends and Allies: Scarlet Witch (Wanda Maximoff, his sister), Crystal (his ex-wife), Luna Maximoff (his daughter), Polaris (Lorna Dane, his half-sister), the Avengers, the X-Men, X-Factor, the Inhumans, the Knights of Wundagore. 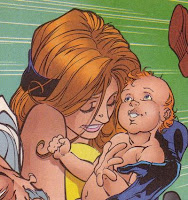 Movies and Appearances: Quicksilver has made appearances in various animated ventures through the years, including the Captain America portion of the "Marvel Superheroes" show in the 60s and the 90s X-Men cartoon. He was a recurring villain on "X-Men: Evolution", as one of Mystique's teenaged Brotherhood members, and has appeared on the more recent "Wolverine and the X-Men" cartoon. 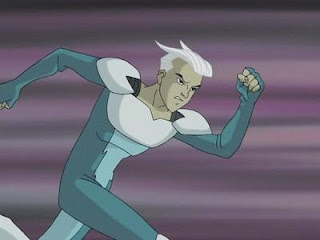 One-Sentence Origin: Raised by gypsies and recruited by Magneto for his Brotherhood of Evil Mutants, Pietro Maximoff eventually gave up his villainous ways and joined the Avengers, using his mutant super speed to help save the world as Quicksilver!

Memorable Moment: X-Factor #87: In the excellent Peter David-penned epilogue to "The X-Cutioners Song", Pietro explains to super-therapist Doc Samson why, exactly, he is always so impatient and irritable (click to embiggen). 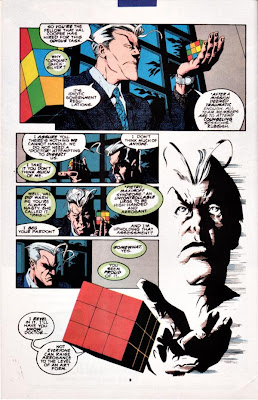 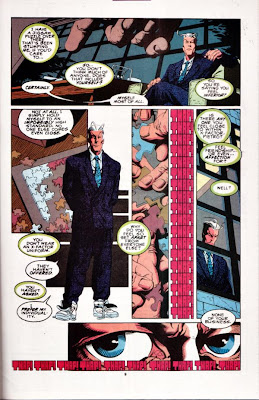 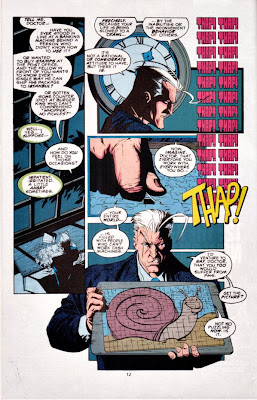 Fun Fact: DC's Flash could beat Quicksilver in a foot race. While Quicksilver is easily the fastest character in the comparatively more down-to-earth Marvel Universe, Flash is capable of running at speeds up to and, in some cases, beyond the speed of light, far eclipsing Quicksilver's top speed.

Teebore’s Take
One of Marvel's earliest villains-turned-heroes, Quicksilver is generally known for three things: semi-regular reversions to villainy, his relationship with Magneto and Scarlet Witch, and being an insufferable ass.

First introduced as a member of Magneto's original Brotherhood of Evil Mutants (their familial relationship hadn't been established at that point), before long Quicksilver quit the group and alongside his sister, joined the Avengers in their first major roster shakeup, as part of "Cap's Kooky Quartet". As an Avenger, Quicksilver frequently picked fights with fellow villain-turned-hero Hawkeye, underminded Captain America's leadership, and was hugely over-protective of Scarlet Witch. He left the Avengers to briefly rejoin Magneto before seeing the errors of his ways again, eventually meeting and marrying the Inhuman Crystal. 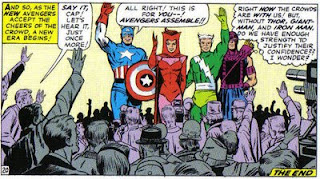 Over the next few decades of publishing history, Quicksilver oscillated between good and evil, including stints as the head of the Zodiac criminal cartel (while under the influence of Crystal's mad brother-in-law, Maximus) and as a member of the government-sponsored X-Factor team, in a book penned by Peter David. Quicksilver was the driving force behind the "House of M" reality, in which an insane Scarlet Witch, at Quicksilver's urgings, remade reality with mutants as the dominant species and the family of Magneto rulers of the world. This led directly, following the destruction of that reality, to the removal of 98% of the mutant populations' powers, including Quicksilver's, and another bout of insanity and return to villainy. Currently, Quicksilver is once again working with the Avengers, trying to make amends for his (most recent) crimes. 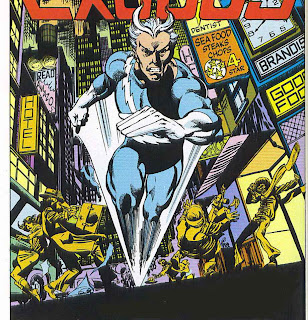 While his see-sawing between good and evil can be tiresome (and is largely a victim of heavy-handed plotting), the relative uniqueness of Quicksilver's character is interesting: a hero who isn't really that nice a guy. Everyone would want to hang out with Captain America, but who would want to hang out with the moody, arrogant and impatient Quicksilver? He doesn't like most people, but still does his best to protect them (when in his right mind, at least). That's a unique perspective on a character, even in the more-tarnished Marvel Universe, and it adds some depth to Marvel's overall tapestry.