A Few Thoughts about the Emmys

The opening, in which Jimmy Fallon, members of the cast of Glee, Tina Fey, Joel McHale, and Jorge Garcia (amongst others) sang and danced their way on stage to Springsteen's Born to Run was pretty awesome. 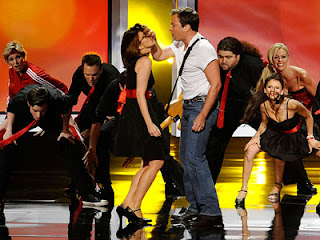 Once again, clips of the nominated performers work were left out. I know this cuts down on the show's running time, but I could do with less presenter banter and more snippets of nominated work.

Amongst the nominees for Best Supporting Actor in a Comedy, there was a 5-in-6 chance that an actor from a show I watch and enjoy would win. The odd man out? Jon Cryer, from the TV cancer that is Two and a Half Men. Thankfully, he didn't win (the award went to Eric Stonestreet (Cam) of Modern Family).

My favorite joke: last year's host, Neil Patrick Harris, before presenting an award, "I would like to thank the Academy for allowing a gay man to host the Emmys two years in a row. Congratulations, Jimmy, you’re doing a great job.'' *rimshot* 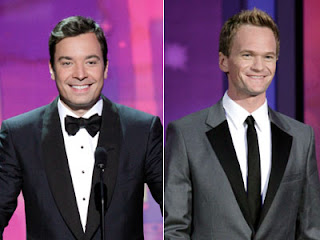 Haha! The juggernaut that is The Amazing Race has finally been stopped! After winning in every year of the Best Reality Show award's history, it finally lost. The fact that it lost to one of the few reality shows I watch is just icing. And I've admittedly been saying this through much of the current Top Chef season, but while on stage receiving the award, Padma sure seemed drunk. 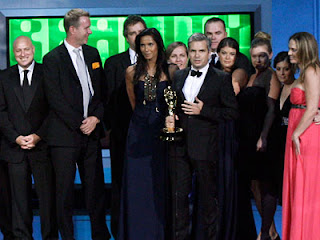 If I didn't have a man-crush on him before, I definitely do now. George Clooney was great, between his appearance in the pre-filmed Modern Family bit (in which he appeared as the new love interest in each of the three family units) and his acceptance speech for a humanitarian award, in which he struck the right note between self-deprecating, humble and appreciative while putting forth a call to action that was direct without being too preachy. 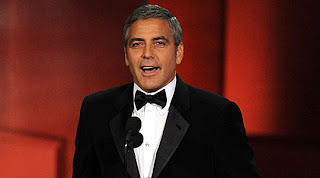 I've heard nothing but good things about it, but I've only watched a few episodes of Breaking Bad. Damn, that show is intense. By all accounts, though, Bryan Cranston and Aaron Paul deserve their awards. 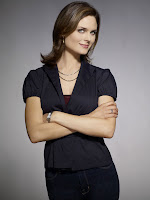 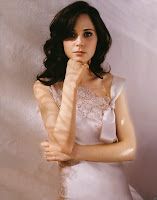 Okay, so here are my problems with the In Memoriam segment this year:
Mad Men won Best Drama again...shocking.

I thoroughly enjoyed the old TV theme songs the orchestra played throughout the evening as walk on/walk off music, as well as Jon Hodgman's made-up color commentary as winners made their way to the stage. Could have done without the Twittered presenter introductions.
Newer Post Older Post Home
Posted by Austin Gorton at 8:00 AM