Because YOU demanded it!

Powers and Abilities: On Krypton, General Zod is a highly trained soldier and strategist. When empowered by the radiation of a yellow sun, he possess abilities similar to Superman, including super strength, speed and stamina, flight, invulnerability, x-ray and heat visions, amongst others. 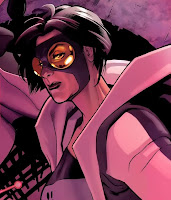 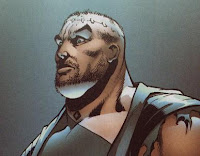 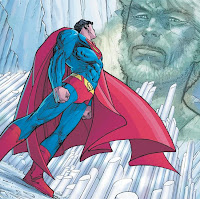 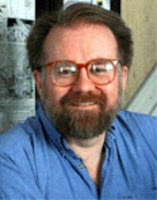 Movies and Appearances: Terence Stamp's performance of General Zod in "Superman II" is firmly etched in the pop culture zeitgeist. 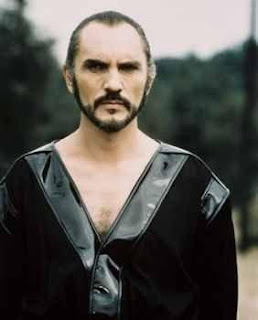 Zod has also been a major villain on the television series "Smallville", appearing principally as a disembodied phantom who escapes from the Phantom Zone and possess Lex Luthor to combat Clark Kent. He was always behind the creation of Doomsday and sent him to Earth to destroy the planet. General Zod is set to appear in the next season of Smallville and will be played by Callum Blue.

One-Sentence Origin: After leading a rebellion on Krypton, General Zod is imprisoned in the timeless Phantom Zone by Jor-El and is determined to take his revenge on the man by conquering Earth, the adopted homeworld of Jor-El's son, Superman. 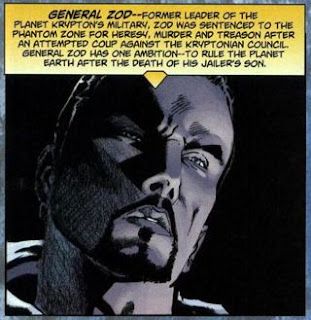 
Teebore's Take: General Zod has an interesting history as a Superman villain. He debuted as a fairly standard Silver Age villain (one of dozens of Kryptonians at the time that somehow managed to appear alongside Superman despite the destruction of Krypton), and in an age of high reader turnover, he stuck around but never attained the popularity of a Lex Luthor, Bizarro or Brainiac. The creators of "Superman II", however, decided to cast him (alongside his companions Ursa and Non) as the main villains of that film, and Zod's profile, in large part thanks to Terence Stamp's memorable performance, was raised. Which makes Zod a rare character who achieved popularity with a general audience BEFORE the comic book audience. 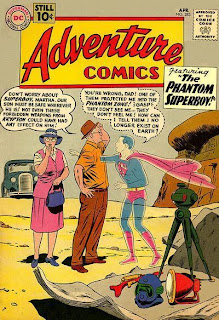 Of course, whatever popularity Zod had thanks to the film was negated when "Crisis On Infinite Earths" was published a few years later. As part of DC's efforts to streamline the continuity of their stories, eliminating what some readers felt were confusing alternate worlds and complicated backstories, it was declared that Superman would be the one and only survivor of Krypton: no more Krypto the Super Dog, no more Supergirl, and no more General Zod. 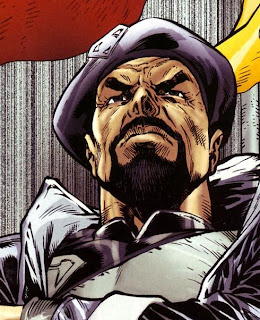 General Zod was interesting enough for creators and popular enough with fans that several creators tried to work around the edict. The first such attempt, shortly after the "Crisis" reboot, had Superman battling the General Zod of a "pocket" (not alternate!) reality, one which decimated that Earth after its Superboy died. In the end, Superman was forced to execute Zod and his companions. Which made for a great story about Superman's morals, his personal responsibility and the handling of super-villains, but once again Zod was effectively removed from the stable of Superman villains.

Following that story, various attempts at bringing back one version of General Zod or another have been made, including one from an alternate reality created by Braniac 13 and another who was the son of Russian cosmonauts who was affected by Kryptonite radiation, but nothing stuck. 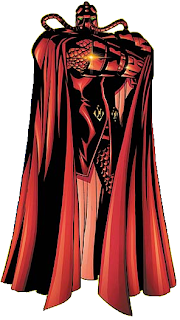 Eventually, as DC moved further away from the post-Crisis "one universe" approach and more elements from Silver Age stories found their way back into modern comics (and as fans of those Silver Age stories became writers themselves), the rule that Superman was the only survivor of Krypton was relaxed. Once again, he has a loyal super dog named Krypto and a cousin who operates as Supergirl. And so a modern version of General Zod has been introduced, one who has much in common with his Silver Age predecessor and even more in common with the character as portrayed in "Superman II", the portrayal, it seems, that is most accepted as the "true" version of the character.