A Few Thoughts about Heroes 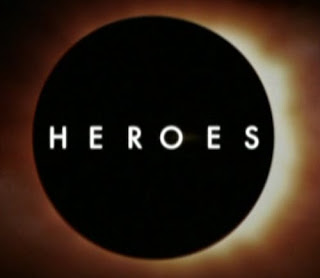 Frankly, I don't think I have the energy to do a weekly "Heroes" post this season. I still watch the show, but I find a hard time caring about it much, especially since it's become clear that the producers want to create a show drastically different from the one I want to watch: they're creating a show about ordinary people trying to live a normal life despite having super powers, whereas I'd rather watch a show about ordinary people realistically figuring out how to live a life with super powers. It's a subtle distinction, sure. But, for example, in my show, the characters would be using their powers more instead of pretending they're an addiction that needs to be controlled.

That said, last night's two hour premiere of the fifth volume, "Redemption", did spark a few thoughts and opinions I'd like to share.

Super-hero Peter
Peter is easily the character with which I have the least problem. He is essentially doing what he should have been doing from at least the beginning of the third season, if not sooner: acting like a super-hero. Sure, he doesn't have a costume or codename, but he has a regular job that he uses as a means to notify him of people in need and then he uses his power to help those people. Plus, he has a police scanner in his apartment, which as Dr. Bitz pointed out, is another sure sign of a super-hero. Peter, at least in last night's episode, is an example of what "Heroes" should be doing more often: strip away the less-realistic conventions of a superhero comic book story (secret identities, code names, garish costumes) but still telling superhero comic book stories.

Evil Carnies
Evil Carnies are always a-okay. Hopefully, some of their vague powers (I'm looking at you, Weird Tattoo Making Guy) get better defined along the way, but this being "Heroes", they probably won't.

Clunky Carnival Retcon
The whole "carnival that changed their lives" business was an obvious, clunky retcon (why have we never heard of it before?) but at least Ando's infatuation with Hiro's sister was established back in season one, and ultimately, it seems the carnival business was just a means to get Hiro off on his latest quest.

*Sigh* More Hiro Antics...
Ando rolling a frozen Hiro through an office building while strapped to a hand cart after the duo rescued a friggin' cat had me rolling my eyes and flashing back to other asinine Hiro storylines of past volumes (like ten-year-old Hiro), but the idea of Hiro going back in time to right his personal wrongs is probably one of the least ridiculous "Hiro Quests" ever, and the one that offers the most potential for an interesting storyline while preventing Hiro's inescapable comedy routine from spiraling into buffoonery. That is, of course, damning with faint praise. It also runs the risk of completely isolating him from the main story (like the Feudal Japan story of season two) but hopefully the interest of the Evil Carnies will prevent him from straying too far from the main narrative.

Bring Back Bennet!
Not a fan of this new conflicted, directionless Bennet: he is supposed to be, as Angela said, the man with a plan. The character and the actor's performance (both, at different times, were often the sole redeeming element of many episodes) have built up enough goodwill that I'm not terribly worried, but hopfully he pulls it together and returns to his quietly bad-assed ways soon.

Remember the Haitian?
Nice to see the Haitian again. Where's he been at? And since Parkman is a twat and won't help Ma Petrelli with Sythan, couldn't she just have the Haitian work his mojo on Sythan instead?

Danko's Demise
"Heroes" once again dusts off that hoary comic book device of having your new villain take out the old villain to show how awesome the new villain is by having Darth Maul knife up Danko. It was more irksome when they did it last season with Adam, but that's mainly because I liked Adam a heck of a lot more than Danko. Still, if they're going to keep freakin' Sylar around forever, why not Danko, a villain with some untapped potential left in his story?

...Parkman.
So Parkman's a twat, which is nothing new. He's always been the character most reluctant to embrace his power, which has always made him the most frustrating character (if you have a super power, USE IT). That said, having Sylar inside his subconscious is perhaps the most interesting storyline with which Matt's ever been involved (again, that's not saying much). The previews for future episodes seem to be suggesting that Sylar will be attempting to take control of Matt (or at least, turn him evil) which, I have to admit, could be fun to watch. Also, the only way Sylar is going to be at all interesting is if he's NOT the driving antagonist of the story yet again, while trying to blow-up New York or become the President or whatever. Hopefully, this storyline with Parkman will keep him a part of the cast without him dominating the story.

Sythan
Adrian Pasdar did a lot with his few scenes and little dialogue. His discussion with Ma Petrelli in the sushi restaurant exhibited some of the glee we've seen from Sylar when he comes across a new power or life direction, and his later reaction to the discovery of some of his varied powers was also well done.

Finally, a fight!
Credit where credit is due: when Bennet and Peter were in the vault and Darth Maul showed up before cutting to commercial, I turned to Mrs. Teebore and said "how much do you want to bet that when we come back from commerical, that fight will have happened offscreen and will be completely over?" Thankfully, Mrs. Teebore isn't a gambling woman, as it turns out I was wrong. We actually got a cool little super-speed fight scene. Hopefully it didn't blow their effects budget for the rest of the season.

Water Effects
Also, in terms of hopefully-not-blowing-their-budget, the scenes of Tracey turning to water when Darth Maul sliced her were pretty cool.

Oh, and where's Mohinder?
Who cares!

There's definitely a lot of potential here, even if the inherent problem of the creators' approach to the show still exists (people NOT using their powers and wishing they were normal will ALWAYS be more boring than people using their powers) and the story seems to be written already (the various characters come together as a result of the Evil Carnies and then band together to stop the Evil Carnies in an anti-climatic and unseen fight scene, with Sylar, per usual, as the wild card in the equation).

The key question is, as Dr. Bitz asked, are they writing checks their butt can't cash with this premiere? Given "Heroes" past history, that certainly seems likely (remember, the first episode of last season was somewhat promising too, before devolving into the debacle that was "Villains"). Heroes, after all, seems to love nothing more than to build mood and set up interesting ideas, then never pay anything off.
Newer Post Older Post Home
Posted by Austin Gorton at 4:30 PM