Even if you're not an avid comic book reader, you probably heard mention of the big comic book news this week: The Walt Disney Corporation announced it had reached a deal to purchase Marvel Entertainment, the publisher and owner of such characters as Spider-Man, Hulk, Iron Man and the X-Men. As the Gentleman who writers most often about comics, a reaction to this news seems appropriate.

My initial response when hearing the news was "wow!" followed by "hmm...". From a simple "changing the dynamic of the industry" perspective, the acquisition of the most profitable comic book company (I'll leave it to the comments to argue Marvel's current creative merits relative to the other comic book publishers) is the biggest thing to happen to comic books this decade (and possibly the biggest thing since Marvel's superstar artists left the company to form Image Comics in 1992). What impact the acquisition of Marvel by Disney will have on the comic books themselves, however, remains to be seen. Most likely, it will be minimal.

While it's easy to crack jokes about the upcoming Disneyfication of Marvel (Hannah Montana joins the Avengers! Mickey Mouse vs. Wolverine! The X-Men star in High School Music 5! ), Disney, in fact, has a history of remaining fairly hands-off with the properties it acquires, and it doesn't require all of its creative entities to put forth 100% family-friendly fare. Pixar has famously been left to its own devices since it's acquisition by Disney, turning out some of its best films in that time. Miramax, the film studio which, amongst other things, releases most of Quentin Tarantino's films, is also owned by Disney. 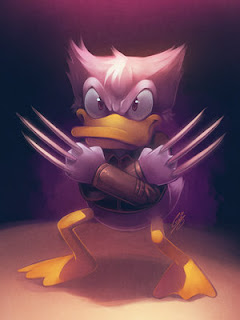 So the notion of Disney stepping in and making content changes to Marvel Comics seems unlikely to me (though if they want to step in and reverse that asinine "Spider-Man sells his marriage to the devil!" storyline, I'm all for it). Most industry insiders are speculating that what Disney is really after is Marvel's characters and the licensing money that goes along with them. For years now, the monthly comic book has merely been a loss-leader for the eventual trade paperback or graphic novel collection, and those books are merely a way to keep Marvel's stable of core characters viable while they make the big money turning those characters into summer blockbusters and slapping their images on backpacks and bedsheets. That's the money Disney is after via this purchase, and in all likelihood, that's the area where their hand will be felt the most, multimedia and licensing development (and Disney, as we all know, is a pro at that kind of stuff).

The fact is, from a corporate, bottom-line perspective, comic books have been a minor part of Marvel Comics business model for some time, and there's no indication that'll change now that they're a part of the Disney family. I read online this week (and we all know the Internet never gets anything wrong) that in one year Disney makes more money selling those ice cream bars shaped like Mickey Mouse in Disneyworld than Marvel makes selling their comic books. So the idea that Disney would even spend the time to step in and dictate content to something flying so far under their corporate radar seems unlikely. As long as Marvel doesn't do anything to draw too much negative attention to the characters Disney is trying to license, they'll be fine. And it isn't like Marvel wanted to draw negative attention to its characters before this deal. 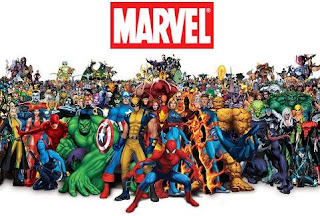 The place where the impact of this deal will be felt the most will be multimedia projects and licensing. Disney has publicly stated in the wake of this deal that they were attracted to Marvel's stable of "over 5000 characters" (it should be noted, however, that not all of those 5000 are winners; for every Spider-Man, Wolverine and Hulk there's an Armadillo, Typeface or Ruby Red). Expect more cartoons and animated films and, perhaps, even more Marvel live action films. Marvel currently has a distribution deal with Paramount for the films made within their studio and Disney has said they will honor that agreement, but once it expires, expect Disney to put the full weight of their film brand on Marvel movies. Pixar has already made the best Fantastic Four film with "The Incredibles"; perhaps they'll take a crack at an established Marvel character, or team up with some of Marvel's creators to create something new. Expect to see even more t-shirts, toys, games, lunchboxes and other merchandise adorned with Marvel characters than ever before. Essentially, as this article explains, Disney is basically using the acquisition of Marvel to reinvigorate its appeal and presence within the family and summer blockbuster markets.

The one place within the realm of comic books this deal might be felt most keenly is in distribution. As it stands, comic book distribution to retail stores is monopolized by Diamond Comics Distributors, a situation that invokes ire amongst many comic book fans, especially independent creators and retailers. Disney, with its much broader book distribution that reaches many places outside of comic book shops, could possibly shatter this monopoly should it offer its distribution infrastructure to Marvel Comics. It's also possible that now, with a share of a larger corporation's bottom line, that Marvel will be able to afford to keep lower selling titles around longer, much as DC Comics is able to do thanks to its ownership by Time Warner.

Despite some of the cracks, teeth-gnashing and knee-jerk reactions that can be found throughout the Internet in the wake of this news, this deal will have little impact within the realm of Marvel's comics. In all likelihood, the Marvel/Disney relationship will closely mirror the Time Warner/DC relationship, and that relationship, in place now since the 70s, hasn't destroyed Batman or Superman. Aside from a new well from which fans can draw jokes, increased marketability, new multimedia projects and, possibly, a change in comic book distribution, the merging of the House of Ideas and the House of the Mouse will simply result in business as usual for Spider-man and the gang.
Newer Post Older Post Home
Posted by Austin Gorton at 5:30 PM