A Few Thoughts on the Emmys

I don't usually watch the Emmys (at least I don't go out of my way to watch them) because they usually celebrate shows I don't watch or can't watch (cuz they're on HBO/Showtime). This year, three words made me tune in: Neil. Patrick. Harris. I dig his work on "How I Met Your Mother" and in "Harold and Kumar" and his gig on SNL last year was one of my favorites. Plus, he hosted the Tonys earlier this year (an awards show I have even less interest in watching than the Emmys) and did a bang up job. Also, thanks to the magic of DVR, it's much easier to watch a show like this when I can fast forward through commercials and overly long and boring acceptance speeches.


NPH did another stellar job with his hosting duties Sunday night. His musical opening, while not as bombastic as Hugh Jackman's Oscar opener (which, incidentally, won an Emmy) was just as fun, especially his breathless recitation of all the channels viewers could be watching instead of the Emmys and his pokes at the slow decay of network television. Also, the way he handled losing the Best Supporting Actor in a Comedy award to Jon Cryer (more on that later) was well done: ''Well, the night could've gone in two directions. We are now in the second direction.... It's not awkward...I won't let it get awkward.'' 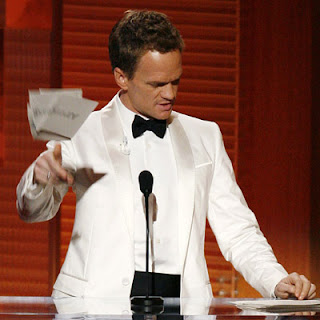 The big change to the Emmys this year was the addition of an extra nominee in each category. The idea behind this was that by widening the field to include more shows and actors, the favorite shows of more viewers would be acknowledged, giving those viewers more of a reason to tune in to the awards broadcast (and thus increase the ratings). The theory was a good one, and I certainly have no problem with adding extra nominees (which afforded some of my favorite shows and performances, like "Family Guy", "Big Bang Theory", "How I Met Your Mother" and "Flight of the Conchords" a little extra attention) but the fact remains: unless you watch "Mad Men" or "30 Rock" (which I don't) there was little to get excited about, awards-wise.

You know, there's something about Kristin Chenowith I just don't like. 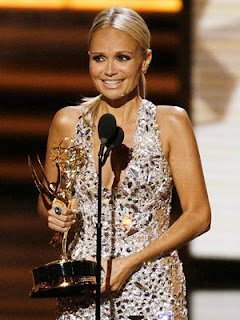 Throughout the evening, John Hodgeman (who plays the woeful PC in those Mac commercials as well as being a Daily Show correspondent) served as the shows announcer and his dry delivery and loose facts as winners made their way to the stage were hilarious. Amongst the highlights: When Hugh Jackman's Oscar opening number won, he said, "this was, apparently, the first time a musical number was written for a wolverine” and later, when the Daily Show won best variety show, "This is their 900th Emmy, and frankly that's too much." 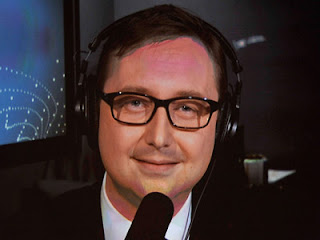 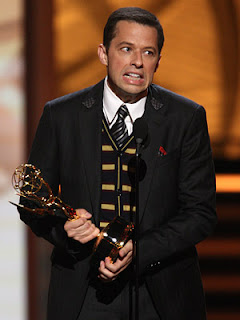 The Amazing Race won Best Reality Show for the seventh consecutive time, and remains the only show to ever win that particular Emmy. I'm no reality show junkie and have never seen the Amazing Race, but is it really that good? Every clip I've ever seen of it makes it seem terribly schmaltzy and manipulative. It isn't like I'm outraged or anything, I just have to think there's another reality show that's as good or better.

Jimmy Fallon's intro to the Outstanding Original Music and Lyrics award, including a hilarious pratfall, was probably the funniest thing I've ever seen him do. And I'm not trying to damn with faint praise. 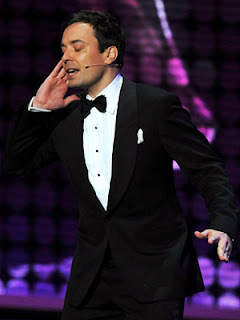 I enjoyed the assorted shots at Kanye throughout the evening, such as NPH's line, ''It's my job to make sure things run smoothly. So let's hope that Kanye West likes 30 Rock.''

Dr. Horrible interrupting the Ernst & Young "reading of the rules" segment to extoll the virtues of watching TV online and sound the death knell of traditional TV (only to be beat down by Captain Hammer) was a hoot, especially the "buffering" gag. If you haven't seen Dr. Horrible's Sing-Along-Blog yet, check it out. 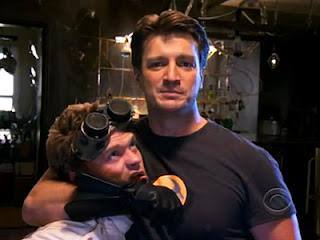 The "In Memorium" segment learned it's lesson from the Oscars: while it featured a live performance, the camera stayed focuses on the screen listed those who had passed in the last year instead of cutting back and forth.

Ricky Gervais knocked it out of the park in his token segment once again, including a bit about how much better the Emmys are than other award shows: "The thing about the Golden Globes and the Oscars is that they have film stars with their jawlines and chiseled looks. But in this room, I'm probably above average. Steve Carell is considered handsome [here]." 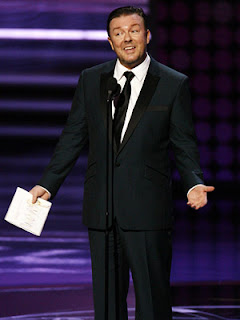 It was exciting to see Michael Emerson pick up a win for his portrayal of Ben on Lost. He's definitely one of the more deserving actors amongst a large group of contenders on that show. Plus, his speech was a model of an acceptance speech: he was moved, but not so moved as to be unintelligible, he was gracious, heartfelt, and managed to say a lot and still be brief.

Bob Newhart was Bob Newhart, and he was hilarious in his usual way. 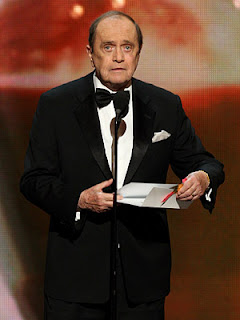 I didn't watch last year's show (which was, I believe, the debacle in which instead of one host five reality show hosts MCed the ceremony) but after Sunday night, I feel like I watched last year's ceremony, considering the best dramatic actor and actress awards, as well as Best Comedy Series and Best Dramatic Series, went to the same people as last year.
Newer Post Older Post Home
Posted by Austin Gorton at 2:00 AM

Email ThisBlogThis!Share to TwitterShare to FacebookShare to Pinterest
Labels: A Few..., Emmys, NPH