My current job gives me about 30 hours of work a week. I’m going to venture a guess and say I’m using those extra 10 hours each work to indulge in my childhood addiction. I’m not talking about flogging the ol’ clown in the corner. I’m talking about comic books!

Lately, I’ve been reading a lot of comics. I mean A LOT of comics.

The pusher to me falling off the wagon and needing a stronger daily fix – MARVEL.com.

You see, Marvel has an online service that allows you to read thousands of their comics for a modest monthly fee (About $5/month with a yearly membership).

Currently they are boasting 5000+ issues available online with each weekday adding 5 more. Mostly, they have digitized older comics such as the first 100 or so issues of their flagship titles such as Amazing Spider-Man, The Avengers, Uncanny X-Men, and Fantastic Four, but they also try and get you hooked on their current monthly titles by offering you a taste to the tune of the first 6-10 issues of a newer series.

Now keep in mind I’ve only been a member for a month. Here’s what I’ve read so far – 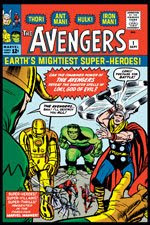 As Opalnan pointed out – Hulk’s hiding in a circus by juggling elephants. A lot of the dialogue is repetitive and boring but the introduction and interaction of many marvel mainstays keep me wanting to know more. 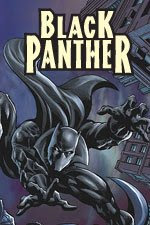 Written by the guy behind such cinematic gems as House Party and Boomerang, Reginald Hudlin. I was a huge fan of Christopher Priest, his Quantum & Woody series as well as his take on the Black Panther, but I think Mr. Hudlin take the Panther to an epic level and handles his royalty and place in the Marvel Universe with skill and respectability. 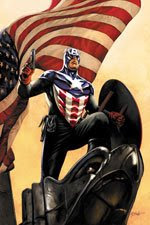 Ed Brubaker is a genius. When I originally heard Bucky was the new Captain America I was dumbfounded. There was no way Marvel could make that seem realistic. In steps Brubaker. Not only did he legitimize Bucky as a bad ass, but the sense of foreboding in the first dozen issues of the series is tangible with the knowledge that Steve Rodgers will be dying off. 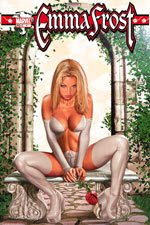 I feel this series could have been great had it been allowed to run its course. After all, Emma was evil. Figuring out how she got there would have been glorious. 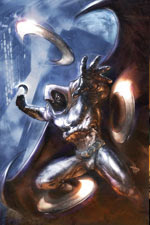 Great design / Batman ripoff. I love how the writer full acknowledges how pathetic Moon Knight was and uses it as a storytelling device to showcase the characters' seeming insanity.