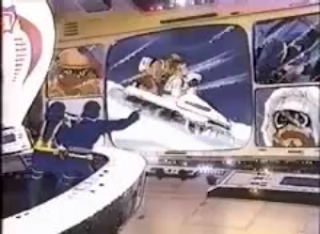 Who's ready to revisit the most inventive dodging of FCC regulations of the 1980s?

The second wave of G. I. Joe figures has arrived -- Doc, Snow Job, and Gung Ho receive the bulk of the commercial’s attention (which teases Destro’s debut), while the published comic also brings in Wild Bill and Airborne.  New accessories you’ll have to bug your parents for include the Polar Battle Bear, the Falcon glider, and Wild Bill’s beloved Dragonfly copter.

Thanks to the debuts of Snow Job and the Polar Battle Bear, the story’s set at an Alaskan pipeline that’s been targeted by Cobra.  In the comic, Larry Hama took this as an opportunity to do even more research, crafting an intricately detailed story that hinges on precise knowledge of how the pumping process works.  The commercial isn’t bound by this, of course.  It’s a collection of cool action sequences. 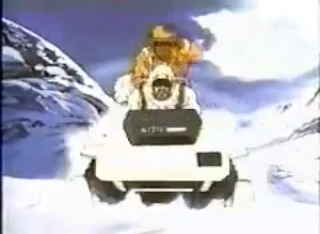 It’s amusing that #11 is fairly significant in regards to Snake Eyes continuity.  This is the issue that establishes how adamant he is about keeping that mask on (turning his Uzi on Doc when he reaches for the mask, attempting to check out his injuries).  Snake Eyes isn’t even in the commercial!  Hasbro truly didn't know what they had at this time.  Instead, here's a nice shot of Grunt in his tan uniform. 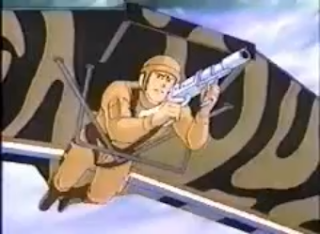 The animation remains impressive, evolving even more into what will come to be known as the “Sunbow style.”  This would’ve been a particularly impressive episode, though.  On par with the debut miniseries, which is around six months from premiering. 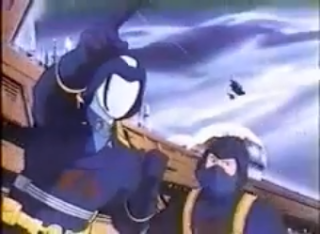 Not everything is strictly on-model yet -- that Cobra Trooper’s mask is blue instead of black, which is funny because the comics always went with red -- but clearly, this is becoming the standard G. I. Joe look. 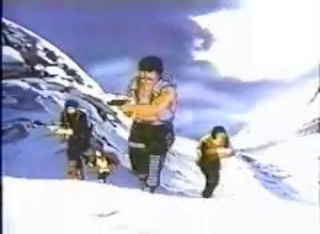 I’m not certain of the exact date Destro went on sale, but it’s interesting to see him receive such a build-up.  Might even be a hint that at this early date, Hasbro was already looking for other “enemy leaders” to promote, over Cobra Commander.  In these early commercial appearances, Destro resembles Mike Vosburg’s distinctive work.  I’m assuming it’s Russ Heath who later does the official model for the cartoon, toning down Destro’s somewhat goofy features and giving him those creepy eyes. 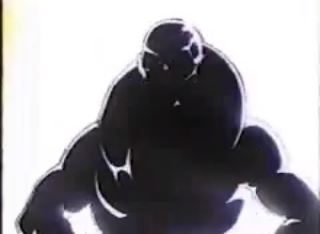 The voice acting will stand out if you're a Joe fan. That's clearly not the sssserpentine Cobra Commander we remember from the show.  In fact, the Cobra Trooper speaking to him sounds more like the Commander than he does!  I have a strong suspicion that Chris Latta had already nabbed the role, though. The Commander here reminds me a bit of Latta's throaty voice for Gung-Ho (and based on clips I've seen of Latta performing stand-up live under his real name, and his appearances on Married With Children, it's not too far from his natural voice.)  I'm almost ready to bet Latta did both voices in the commercial. Voice director Wally Burr, who passed away this year, might've been the one to encourage the more sibilant lisp once recording began for the initial miniseries. 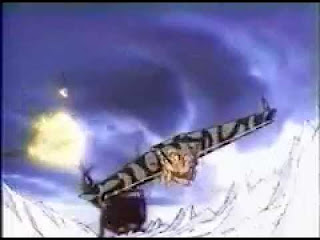 All in all, it’s a great commercial.  (Too bad we're likely never to see these in even Standard Def quality.) Sharp animation, plenty of action, and an actual cliffhanger ending!  There was nothing like this on television at the time.