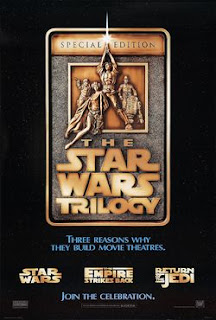 This past week marked the 20th anniversary of the release of the Star Wars Special Edition, George Lucas' infamous release of a remastered edition of Star Wars (followed a month later by The Empire Strikes Back and a month after that with Return of the Jedi), which featured newly-edited and entirely new scenes relative to the original 1977 release (and subsequent prior re-releases). Though generally maligned nowadays, especially amongst online fandom, a direct line can be drawn from the Special Editions and the current pop culture dominance of Star Wars, as the releases were not only a successful way of gauging market response to more Star Wars, but also served as a proof-of-concept for the integration of CGI effects amongst live action actors, and thus in both ways opened the door for the Prequel Trilogy, and beyond. More importantly, for an entire generation of fans who grew up loving Star Wars but were only ever able to watch it on TV, via home video or televised broadcasts (including yours truly), the Special Editions marked the first opportunity to see the films on a big screen, in all their widescreen, THX-enhanced, stereo surround sound glory. 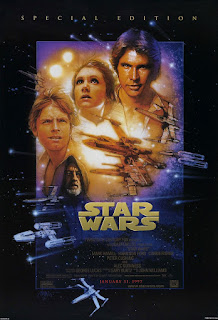 I have vague memories of seeing Jedi as a young kid, probably the '85 re-release when I would have been around four, but I was a sophomore in high school when the Special Editions were released, and I was running hot on Star Wars at the time. Timothy Zahn's novels of the early 90s had stoked the flames of my childhood fandom, introducing me to the Expanded Universe, and I'd devoured every entry in it since then. My still-young comic book fandom (and earning power) was expanding, and took in stuff like Dark Empire and the early Tales of the Jedi series. And Kenner's relaunched Power of the Force action figure line had hit the shelves a few months before the Special Editions, bridging my childhood fandom (when the vintage figures had helped me keep Star Wars alive in those dark post-Jedi, pre-Zahn days) with my current one.

So word of the Special Editions were met with rapturous glee from me, as I would finally, finally be able to see all three movies on the big screen (I was also at this time a budding cinephile, and already knew, in that smug way teens who just discovered a thing and then immediately become on expert on said thing knew, that the correct way to watch any movie is on the big screen, in its original aspect ratio, of course). Even better, that cut scene between Han Solo and Jabba the Hutt that I'd read in the novelization and read about in various making-of books, was going to be re-added to the film. On January 31st, 1997, I lined up with a group of friends at roughly 6 AM outside the movie theater inside the Mall of America (not only was the MOA's theater, at that time, still one of the premiere theaters in our area, it was also entirely indoors, an important consideration when waiting in line in Minnesota in January). We were by no means alone (the line stretched a fair ways back) but we had no issuse getting tickets, and at around roughly noon, the first showing began.

It was a transcendent experience, and I'm fairly certain my eyes teared up a little in the opening moments of the movie, experiencing for the first time, as intended, the raw power of that initial Rebel cruiser/Star Destroyer chase. The various changes made to the film, the subject of so much teeth gnashing online, had little impact on me at the time; I was simply excited to experience the whole thing on the big screen. I ended up seeing Star Wars three times in the theater, and each of the subsequent Special Editions at least once on opening day and three times in total (the Empire Special Edition, in fact, might have been my first midnight showing of any film). 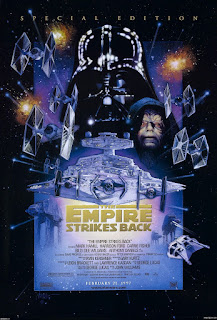 As for those changes, as I've gotten older, they've certainly become more problematic. Greedo shooting first, of course, gets the most attention, but that's just because so many fans are angry that Lucas sanded a rough edge off their precious, precious Han Solo. Having always been a Luke guy, I've never been able muster up the outrage of so many fans over that change (call me a square if you will, but I like my heroes to not be killers. Subtly changing Han, one of the central heroes of the trilogy, from killing pre-preemptively to killing in self-defense, is a good change to me, not a bad one). The Jabba the Hutt scene, though, the one I was legitimately excited to see back in '97, is by far the most problematic aspect of the Special Edition. Not only does the CGI - groundbreaking at the time, of course - terribly date the film (resulting in constant tweakings to Jabba's look in all subsequent releases), but it robs Jabba of a lot of his menace, even before the painfully "comic" moment when Han steps on Jabba's tail. Most significantly, it's entirely unnecessary: it simply repeats information to the audience we already learned from Greedo in the previous scene. It not only adds nothing, but takes away from other scenes as well.

The rest of the changes are mostly cosmetic or background related (I have a hard time getting worked up about CGI dewbacks, either) or the result of changing chronology (removing references to Luke's father which will soon be contradicted by the Prequels). Star Wars is definitely the film that received the most additions and tinkerings; Empire the least, and as a result, it's the easiest of the Special Editions to watch (aside from a few minor scene extensions and a change to the Vader/Emperor conversation - which was changed again on the Blu-ray - it's mostly just background stuff getting tweaked); Jedi similarly gets away with few changes, outside two significant musical numbers which sort of balance each other out: the reprehensible "Jedi Rocks", replacing "Lapti Nek" in Jabba's palace, and the final celebration music that replaces "Yub Nub" (along with some new check-ins across the galaxy, including the first-ever appearance of Coruscant); as much as I love "Yub Nub", it's probably not the most dignified song on which to end what is, essentially, a six-movie Wagnerian operatic arc.

Of course, the other chief complaint of the Special Editions, and the one to which I'm more sympathetic, is the way that George Lucas not only tweaked the original films, but refuses to acknowledge any but the Special Editions as the official versions of the film, for the most part unwilling to release the original cuts in any official way, shape or form (an edict thus far held to by LucasFilm post-Disney acquisition). I have no objections to George Lucas going back to tinker with his creations, as is his right as a creator, and I have no issue with him saying "well, as long as I'm tinkering, I may as well see if anyone will pay money to see my tinkered versions", as is his right as a businessman. But his strict embargo on the original cuts bothers me, not so much because I absolutely prefer the originals to the Special Editions, but because of film history. 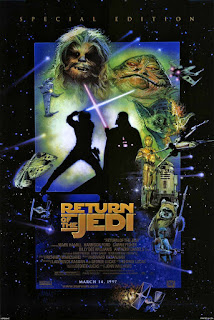 The Star Wars films are benchmarks in film history, for the way they influenced blockbuster filmmaking for decades to come, for their advances in special effects, for the way they changed, for good and bad, how Hollywood views and markets its products, and they deserve to be preserved, as they were originally presented at their respective moments in time, for the sake of that history. The Special Editions can exist alongside them, and I have no regrets about having paid money to watch and own them (in far too many forms). But I do wish Lucas had also seen fit to offer the originals in a properly remastered, properly preserved format, warts (real or perceived) and all, just for the sake of history, so that some day historians can look back and say "this is what audiences saw for the first time on that day in May in 1977".

I can (for the most part) go back and watch the Special Editions, and be reminded of seeing Star Wars for the first time on the big screen on that cold January morning twenty years ago. But choice is important, and so is history, and it's a shame that the one experience exists at the expense of the other, that I can't also put in a copy of the original, non-Special Edition version of Star Wars, and be transported back to my earliest days of VHS viewing, or to get a taste of what it was to experience the film for the first time on opening day in 1977.
Newer Post Older Post Home
Posted by Austin Gorton at 12:00 PM