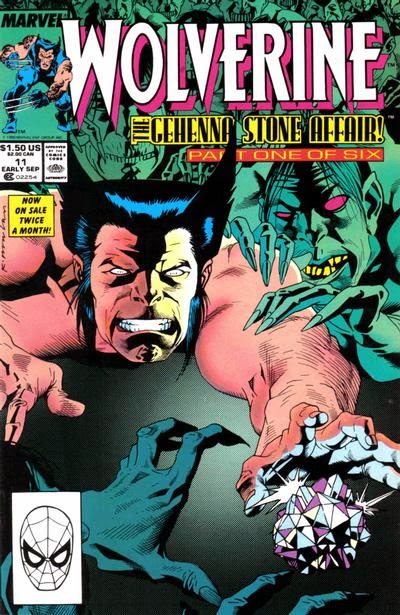 In a Nutshell
Wolverine accompanies Archie Corrigan to San Fransisco.

Plot
In San Fransisco, two apparent vampires try to steal a jewel from a museum, but it turns out to be a fake. In Madripoor, Archie Corrigan storms into the Princess Bar and proceeds to tell Wolverine about his wealthy brother Burt, a film fanatic who's facing a competency hearing launched by their aunt. Worried the aunt will have his otherwise harmless brother committed, Archie is planning on going to San Fransisco to help his brother, and convinces a reluctant Wolverine to come along with him. Overhearing this, Jessica Drew decides to tag along as well. Arriving in San Fransisco, the three check in on Burt and thankfully find him seemingly normal, working on a dissertation on ancient cultures. He promises to attend the hearing the next day, but when everyone leaves, he pulls the jewel the vampires were after from his desk drawer. 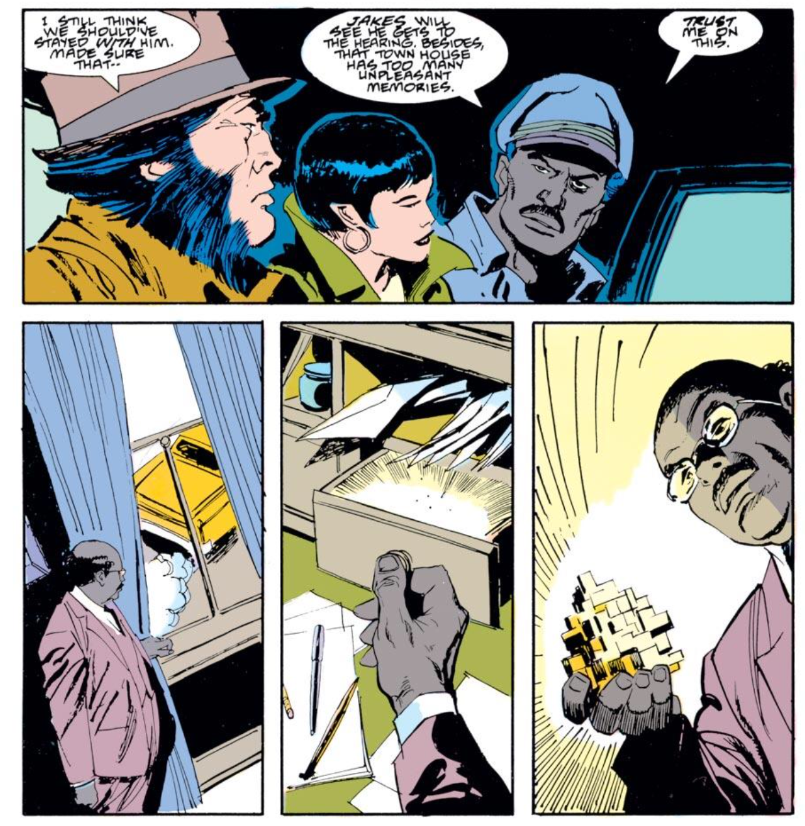 Later, Jessica visits her old office, and is approached by the museum curator, who tells her about the attempted robbery, the seeming vampires, and the fake jewel, asking her to find the real one. She agrees to look into it. The next day, Wolverine attends Burt's hearing with Archie, but Burt is nowhere to be found. Suddenly, he comes crashing through the window of the courthouse riding a horse, claiming the forces of Ba'al want to create a new race of the undead, and only he can stop them. Archie is furious at his brother, but then a group of vampires leap through the broken window, targeting Burt.

Firsts and Other Notables
The six part "Gehenna Stone Affair" story kicks off this issue, along with the series, like Uncanny X-Men, beginning bi-weekly shipping for the summer (and the duration of the story).

This issue is the first appearance of the Followers of Ba'al, the apparent vampires seeking the Gehenna Stone. They'll be so named next issue, when it's also revealed they're not actually vampires.

Peter David, who filled in on issue #9, comes aboard as writer, though he only sticks around for the duration of this story before giving way to new series writer Archie Goodwin in issue #17.

Kevin Nowlan provides covers to each issue in this story.

The Chronology Corner
Wolverine's appearance in the entirety of this story takes place before Uncanny X-Men #245 and his subsequent appearances after that issue.

A Work in Progress
We learn a bit more about Archie Corrigan's background in this issue, including that he has a brother who's obsessed with films to the point that he takes on the characteristics of certain genres/actors/characters, and that Archie comes from a wealthy family yet is the black sheep of that family. 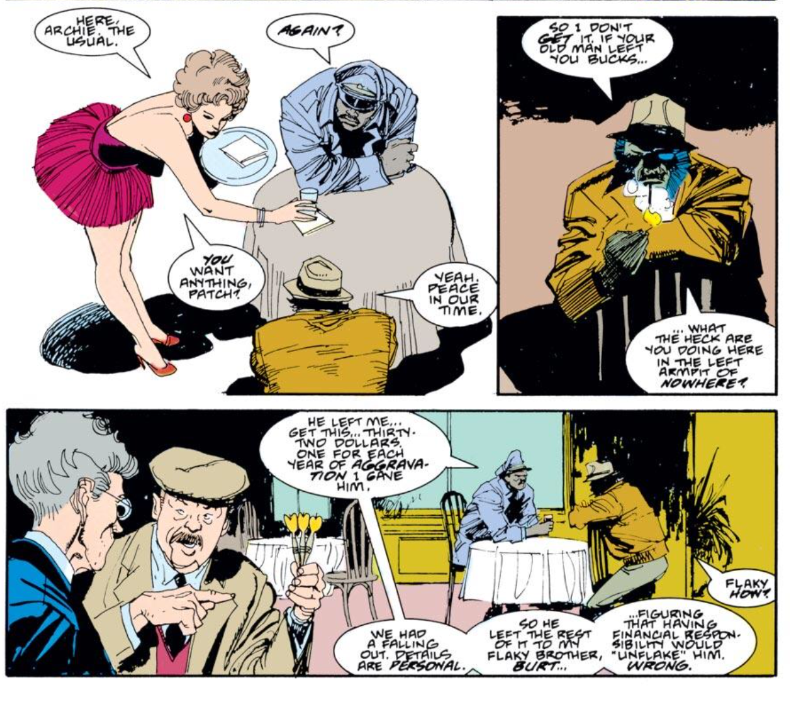 Wolverine notes that while he began his life in Madripoor as a way to take a break from the responsibilities involved in being part of the X-Men, he's now reached a point where's developed relationships with people in Madripoor as well, such that he feels pulled between two different families. 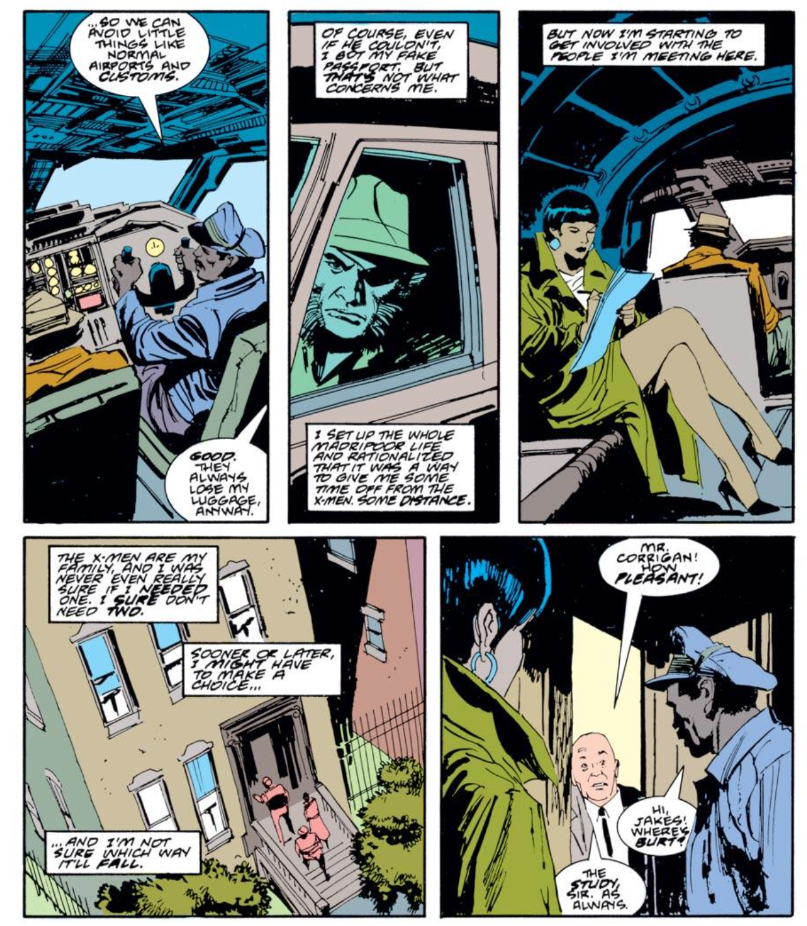 Jessica Drew returns to her office in San Fransisco this issue, debating whether to close it up and relocate to Madripoor permanently. She also indicates that Prince Baran has helped get her agency up and running in that country, and hints at even a more...personal relationship with the prince as well. 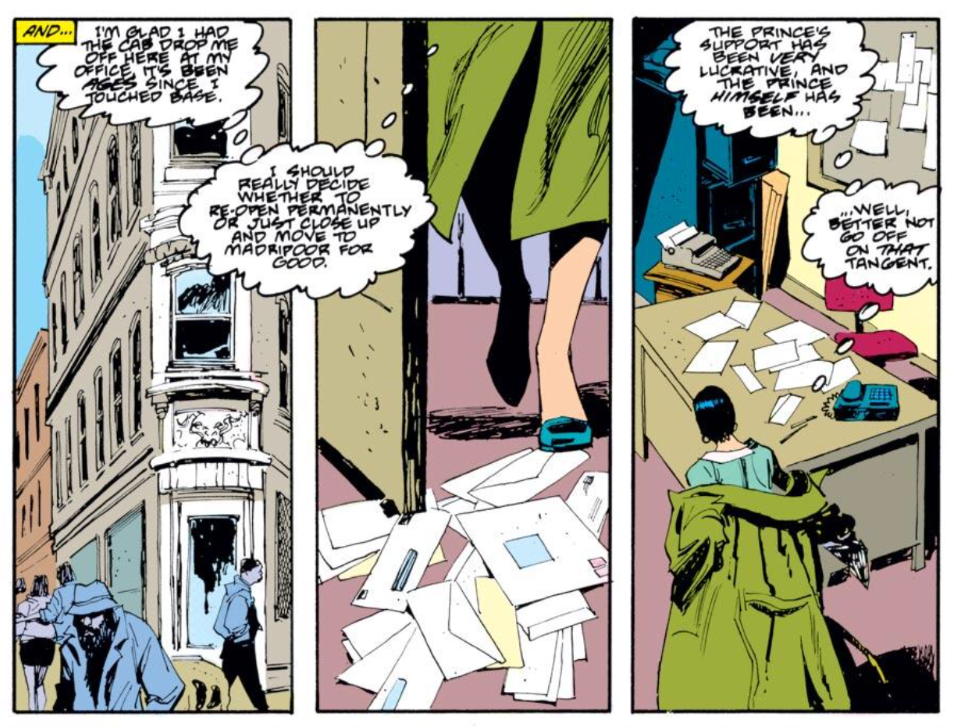 The Reference Section
Though unclear at first, Archie's brother has adopted the persona of Indiana Jones in this issue (when Archie first encounters him, he just assumes his brother is reading up on ancient cultures), though he's only referred to as Harrison Ford in the issue itself (possibly to avoid any rights issues). 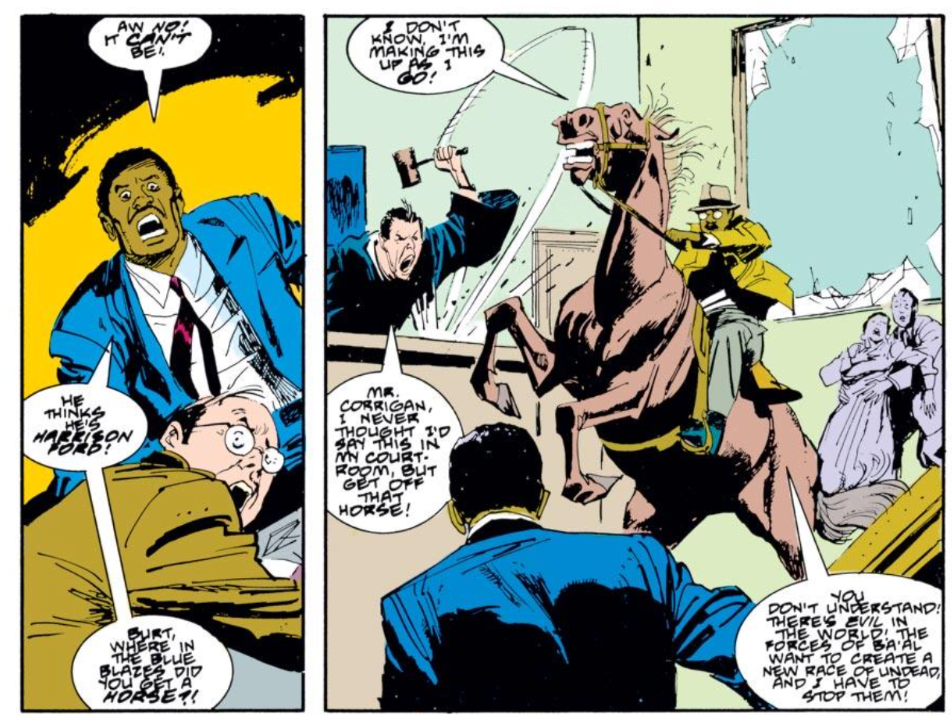 The Best There is at What He Does
Wolverine's healing factor apparently helps him avoid jet lag. 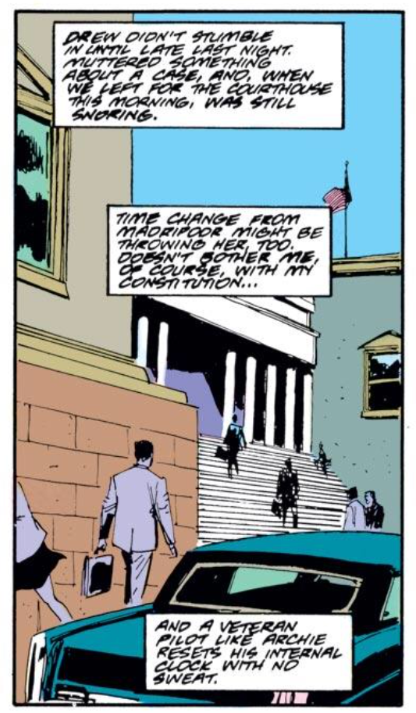 Teebore's Take
And we finally come to the start of the fifth and final X-book multi-part storyline from 1989. As with most of the others, this one begins by moving the central character out of the book's usual setting, though the jump from Madripoor to San Fransisco is perhaps less dramatic than the move to an alien planet/Asgard/a vaguely Arthurian alternate reality. Centering the plot of the story around one of Wolverine's supporting cast members is a smart move, as it helps the story continue to build the world of the series even while the main plot is still chiefly about the hunt for a MacGuffin. But other than that and Archie's brother having the potential to be something of a fun character, there really isn't anything more to this issue than setup and the introduction of that MacGuffin.

Next Issue
Tomorrow, the second part of "The Gehenna Stone Affair" in Wolverine #12. Next week, Uncanny X-Men #249 and X-Factor #45.
Newer Post Older Post Home
Posted by Austin Gorton at 12:00 PM