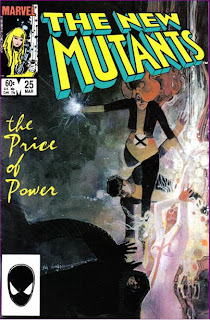 In a Nutshell
Cloak and Dagger reclaim their powers, curing Rahne and Roberto.

Plot
Cloak and Dagger announce their willingness to help the New Mutants, and then Dagger is reunited with Father Bowen, who is her uncle. Scared that this means she'll leave him, Cloak angrily lashes out at her and storms off. Illyana tells Professor X about her attempts to cure Roberto and Rahne through magic, which failed due to the need of Cloak and Dagger's abilities be hosted by someone. Then Xavier telepathically speaks with Cloak, and helps him realize that even though his powers aren't a curse, his fear of them makes them one. Cloak agrees to do his best to not let his fear overwhelm him, and Xavier decides on a course of action. He has Illyana teleport everyone to Limbo, and with Sam and Dani guarding against any demonic incursions, helps Rogue use her power to purge Rahne and Roberto of Cloak and Dagger's abilities. 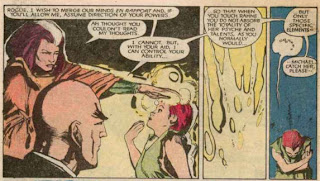 Illyana then casts her exorcism spell, freeing Rahne and Roberto of their possession and forcing the powers back into Cloak and Dagger. Back on Earth, Xavier and Illyana confirm that Rahne and Roberto are free of their possession, while Cloak and Dagger have returned to their normal, powered states. Professor X offers them a place at the school, where he may be able to help purge them of their abilities once and for all, but they declare their place is on the streets, helping the kids who no one else will help. Later, Cloak and Dagger save two runaways from the drug dealer who accosted them when they were powerless, and send the kids to Father Bowen for shelter and counseling. Dagger wonders if anything they can do will make a difference, but Cloak asserts that she, as well as Xavier and the New Mutants, have taught him what matters is that they tried.

Firsts and Other Notables
It's revealed that Father Bowen is Dagger's uncle in this issue. 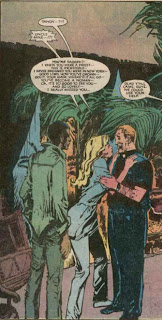 This issue contains two pinups at the end, one on Legion, Professor Xavier's son first mentioned in issue #1, from Moira MacTaggert's notes and one on Lila Cheney from Professor X. Legion's apparent powers (telepathy, telekinesis and pyrotics) are detailed prior to his first appearance next issue, as well as Moira's worries that Xavier will hate her and Gabrielle Haller for keeping Legion a secret from him, while it's revealed that Lila speaks with a cockney accent. 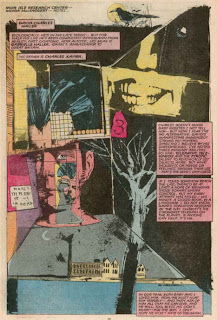 A Work in Progress
Xavier tells Cloak about the first thought he ever heard, after his power manifested, that of his step-brother Cain, the future Juggernaut. 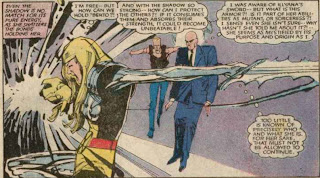 Arriving in Limbo, Rahne worries that represents the image of Illyana's true soul.

We're reminded that Rogue's mind is difficult to read telepathically.

Professor X offers Cloak and Dagger a place at his school, but they turn him down for the second time (Sam extended the same offer when they met in Marvel Team-Up Annual #6). 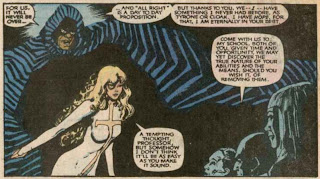 I Love the 80s
Dani quotes Obi-Wan Kenobi and compares Limbo to the Star Wars cantina. 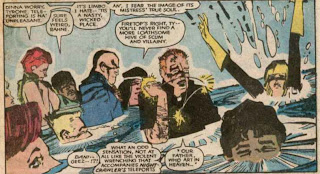 80s term or Claremontism/Anglicism: Dagger refers to the pimp/drug dealer as a "chickenhawk". 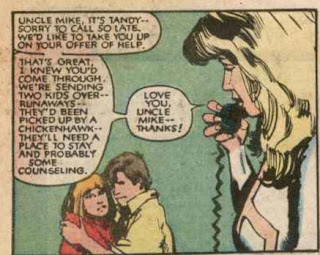 They're Students, Not Superheroes
Professor X, admonishing Illyana for her brash action last issue, explains that part of what he's not just teaching the New Mutants how to use their powers, but when to use them as well. 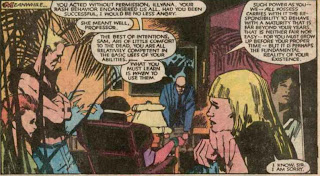 For Sale
It's an ad for Go-Bots, the Transformers' idiot cousins. Well, technically, this is an ad for motorized model kits featuring Go-Bot characters and not the toys themselves (which I actually kinda liked), but the point stands.

Teebore's Take
Well, at least that's done with. As I mentioned in the last post, this story definitely feels drawn out and padded, and its conclusion is no exception. Cloak and Dagger's gradual domination of the story reaches fruition here, as this issue reads more like an issue of their series guest starring the New Mutants rather than the other way around. Claremont was certainly never afraid to occasionally give space to a pet character or two in favor of series regulars, but I've never understood Cloak and Dagger to be personal favorites of his (he certainly never wrote their series), making their increasing presence throughout the story all the more puzzling.

Even worse, this issue is lacking in tension. We're told that it's getting harder for Roberto to keep his shadow-based hunger under control, and that something terrible will happen if he or Rahne aren't cured soon. But that urgency and risk never really comes across, and the end result is a lot of sitting around and talking inside a church before everyone goes to Limbo and the idea Xavier had to fix the problem works on the first try. The cost is Cloak and Dagger, but they kinda wanted their powers back anyway (as shown in a three page epilogue that has them returning to defend innocent children from a drug dealer/pimp) and besides, we're not primed to care as much about them as the actual stars of the book. Overall, this isn't a terrible story; it's just a thoroughly average one whose greatest sin is not living up to the amount of space it was allotted. Even given its ostensible purpose of closing off a dangling plot thread and with Sienkiewicz on hand to jazz things up, it's eminently forgettable. Best to just move on then, to something better, which thankfully begins next issue.

Next Issue
Uncanny X-Men #191 wraps up the Kulan Gath storyline, while Legion makes his debut in New Mutants #26. But first, come back on Monday for a special bonus X-amination! What is it? You'll just have to wait and see.
Newer Post Older Post Home
Posted by Austin Gorton at 10:30 AM