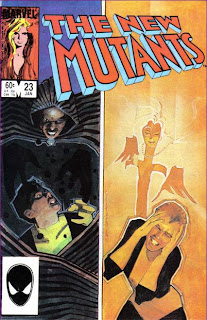 In a Nutshell
Dani and Sam investigate Rahne and Roberto's strange behavior.

Plot
At the Hellfire Club, Sebastian Shaw introduces the newest members of the Inner Circle, Emmanuel Da Costa and Selene. In Salem Center, at a local tavern, Colossus finishes a game a chess with the owner when a waitress asks for his help in escorting a sullen Roberto out of the bar. When Colossus confronts him, Roberto lashes out and attacks. Mentally alerted by Colossus, Professor X sends Sam and Dani to assist. At the bar, Roberto is knocked out by Colossus, but Colossus mysteriously falls unconscious in the process. Meanwhile, in the Bermuda Triangle, Lee Forrester returns an injured Magneto to his island home, and though he rebuffs her assistance, stays to help him. At Xavier's mansion, as Xavier and Moira examine Roberto and Colossus, Dani receives a phone call from Rahne. Dani and Sam fly to a ritzy Manhattan hotel, where they find a confused Rahne, clutching a necklace, with no memory of how she got to the hotel.

Taking her back to the mansion, Dani tells Sam that she dreamt of the hotel the night before, which meant she must have been experiencing Rahne's activities through their psi-link. When Sam sees an article in the morning paper about two teenagers who were attacked by a wolf the previous night and they recognize the teenagers as Cloak and Dagger, the pair realize that Rahne must have attacked them in her wolf form, taking Dagger's necklace in the process. Visiting them in the hospital, they discover that Cloak and Dagger have lost their powers, their abilities seemingly transferred to Rahne and Roberto as a result of their encounter the previous summer. Sam asks for their help in reversing the process, but they refuses, saying they're happier without their powers. Back at the school, Roberto awakens, transformed into a monstrous shadow creature. He consumes Colossus, then attacks Xavier, reflecting back Xavier's psi blast, intent on consuming first Xavier and then Moira.

Firsts and Other Notables
Emmanuel Da Costa and Selene officially join the Inner Circle of the Hellfire Club as of this issue, with Selene mentioned as being a possible candidate for the title of Black Queen (the position previously filled by Jean Grey); it's unclear at this time which title Emmanuel has received, but we'll eventually learn he is the White Rook. 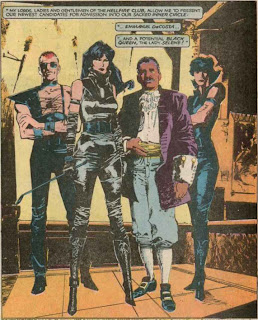 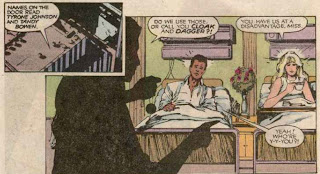 Harry's Hideaway, the restaurant/bar in Salem Center which will eventually become a frequent hangout place for Xavier's students, appears for the first time (as does its owner, Harry), though it goes unnamed in this story and later stories will suggest that the X-Men have been going to it for years. In this issue, it is overtly said to be a saloon, unable to serve minors, but I believe later stories will show it to be more accessible to underage patrons. 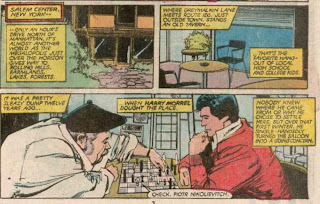 Picking up where Uncanny X-Men #188 left off, Lee Forester takes Magneto, after a brief stint in a hospital, back to his island base in the Bermuda triangle. She tells Magneto that the X-Men have abandoned it in favor of returning to the school, a move Magneto believes is foolish (though he already knew this - he was at the school with the X-Men in "God Loves, Man Kills"). Lee also reveals she's been researching the beings who originally built the island city.

As with the previous two issues, this one concludes with an excerpt from Xavier's files, this time on Warlock, which notes that the New Mutants have taken to calling him "Locke" (a nickname which, as I mentioned in the annual, I don't believe sticks).

The Chronology Corner
On sale the same time as this issue, the New Mutants (including Professor X) guest star in Rom Annual #3, in a story that has more to do with Rom's ongoing story than the New Mutants' (which is one of the reasons I'm not covering it). The events of that issue are considered to occur after New Mutants #25, when this story concludes. You can read more about it here.

A Work in Progress
Immediately following her induction into the club, Sebastian Shaw realizes Selene is already angling to usurp his position. 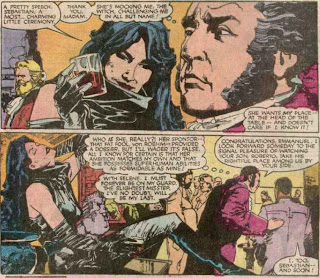 Sam accidentally walks in on Dani while she's changing, prompting Dani to tell him he's cute when he blushes. 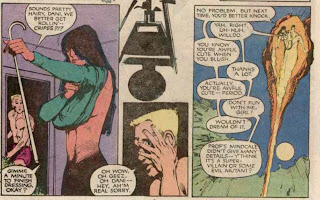 Dani is still recovering from her Demon Bear-inflicted injuries. 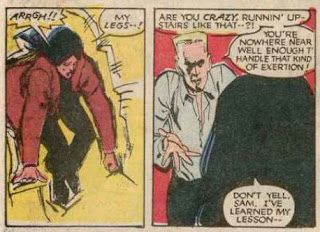 She also unveils a new use of her power, taught to her by Xavier, in which she generates an image based on a specific thought of a subject, rather than the subject's fear. 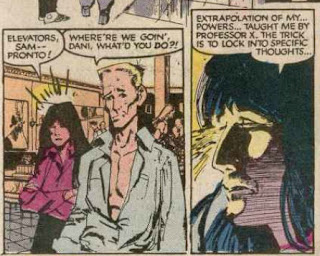 It's revealed that Tom Corsi and Sharon Friedlander have been convalescing on Muir Island following their encounter with the Demon Bear, but Moira believes it's time for them to come up and try to resume their lives. I Love the 80s
Inspector Clouseau pops up at the hotel during Sam and Dani's investigation. 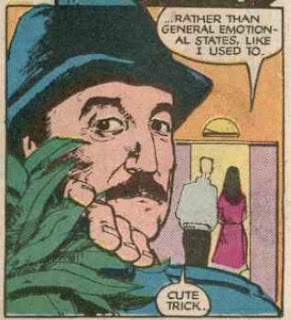 Sam refers to Dani as "chief" in this issue, though it's unclear if that's a reference to her heritage or just her position as the ostensible leader of the team. 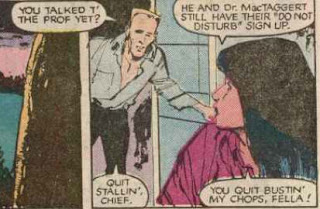 Dani describes her dream as being "a real yummy", another slang term I'm uncertain whether it's a Claremont thing or an 80s thing. 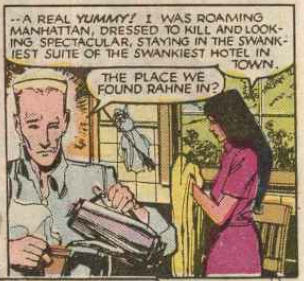 "Professor Xavier is a NOT Jerk!"
Xavier notes he's paying Harry for the damages Roberto caused to his bar.

Young Love
Sam believes Roberto may have a thing for Molly, the waitress at Harry's.

It's in the Mail
Another two page letter column, including a letter asking about Karma, one expressing dislike for Sienkiewicz's art, and several that seem very concerned that Dani was going to be killed off in the wake of her encounter with the Demon Bear in issue #18, suggesting there were still plenty of readers who believed any character could die.

Teebore's Take
With this issue Claremont deepens the mystery surrounding Rahne and Roberto's recent behavior/transformations, and at times it almost reads like a hardboiled mystery story, with Dani in the role of the beleaguered private investigator and Sam her Gal Friday (in fact, this whole issue is a nice showcase for Dani and Sam, the oldest New Mutants and leaders of the team; other than the Rahne and Roberto, none of the other New Mutants appear in the issue at all). The reveal that Rahne was responsible for attacking Dagger, yet possesses no memory of it, is another particularly noir-ish twist, and of course, Sienkiewicz's art perfectly fits that tone.

I seem to recall that this story, like the Nova Roma story, goes on a bit too long, and it definitely feels like last issue and this one could have been condensed into one. However, the added pages do make more room for Sienkiewicz, and he continues to not disappoint, turning in some fantastically moody and creative pages throughout. Claremont is definitely writing to the strengths of his new collaborator at this point, not just in terms of content (as with the "Demon Bear Saga") but in terms of stretching out the plot to make room for the art.

Next Issue
First, there's Marvel Team-Up #150 next Wednesday and then, because I have the power to do so (and am apparently a masochist), I'm revising the schedule to include the Iceman limited series on Thursday.
Newer Post Older Post Home
Posted by Austin Gorton at 9:30 AM