That's right, the State Fair is over and the movies are decidedly less blockbuster-y, which means it's time once again for the summer movie report card!

I'm going to these "one sentence review" (or so) style, as any more than that and I start to get repetitive. 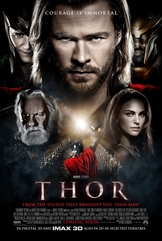 The Marvel film with the greatest potential for disaster, it actually turned out pretty good, keeping the events on Earth from getting too boring and managing to make the action on Asgard fun without being too campy.
A

Pirates of the Carribean: On Stranger Tides 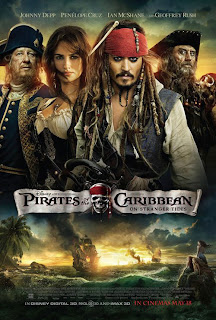 More of what I wanted to see in a Pirates of the Caribbean sequel in the first place (standalone adventures featuring recurring characters, not an ongoing saga centered on the films' most irritating characters), but still a bit bloated and overly long, with an with an antagonist who possessed a few too many gimmicks (He can shrink ship's into bottles! He's got a zombie crew! And a magic boat! And a magic sword!).
C+ 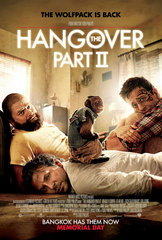 It jumped through a few too many hoops to recreate, as much as possible, the conditions of the original, but it still managed to be damned funny; my hope, if they truly do make another sequel, is that they're more willing to deviate from the rigid structure and just toss these characters into a wacky adventure and let us watch the hilarity ensue.
B 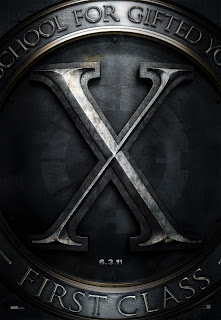 Though a bit fast-paced, with some scenes that felt like they ended too soon, this was easily the best X-Men film since X2 (not that the bar is very high...), succeeding on the strength of James McAvoy and Michael Fassbender, who do a great job portraying Xavier and Magneto, as well as some nifty retro production design.
A- 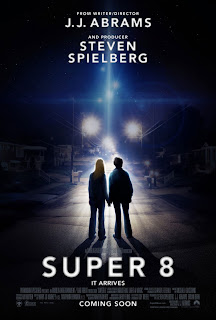 Stephen King meets The Goonies by way of JJ Abrams, it was nice to watch an enjoyable, well made summer blockbuster that wasn't a sequel or adaptation.
A 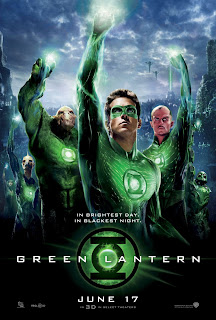 Not terrible. Not great, either, but not as terrible as I was expecting. Not the groundbreaking superhero movie DC was probably looking for, but good enough that I wouldn't mind a sequel (even if just to get more of Mark Strong's Sinestro).
C

Transformers Dark of the Moon 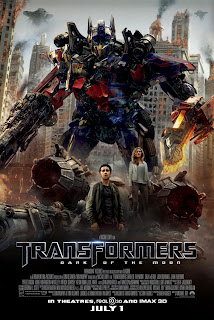 The movie that proves even giant robots whaling on each other can't save everything: an awful, awful film, with too many unnecessary characters (Patrick Dempsey, John Malkovich), too much focus on non-transforming robot antics, and shit tons of plot holes large enough for Optimus Prime to drive through. Worst of all: it managed to make Optimus Prime kinda act like a douche.
D- 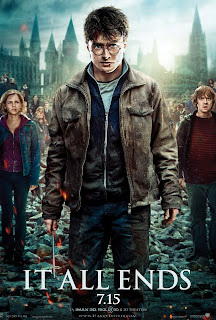 Exciting and, at times, surprisingly moving. Like any Potter movie, those of us who have read the books all probably have little things here and there we'd like to change or have seen done differently, but all in all, this is a worthy finale to an up-and-down, but ultimately entertaining, film series.
A- 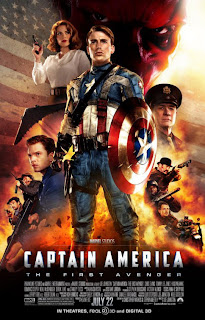 Little details bugged me (like the film's insistence on separating Hydra from the Nazis, and an ending that suffered from having to do the most direct setup for the forthcoming Avengers as any Marvel film), but overall, it succeeds at telling a rip-roaring adventure in the style of old movie serials, with Chris Evans doing a great job as Captain America.
B+ 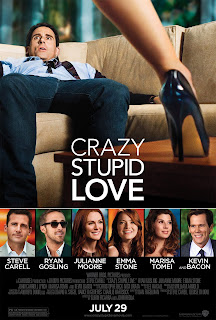 A better-than-average romcom, buoyed by a good cast with a strong script that was funny and genuinely surprising at times.
B+
Newer Post Older Post Home
Posted by Austin Gorton at 8:00 AM