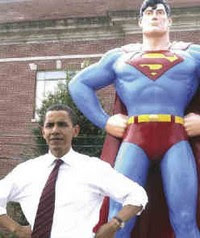 At 11:11 this morning, I, a hairy man from East St. Paul, sat in my Pontiac at Holiday eating a double cheeseburger and onion rings from JT’s listening to Barrack Obama’s inaugural address. I was troubled.

For the past several months an idea has been gestating within me. Every mention of our 44th president has been linked with a common phrase – “the first African-American president of the United States.”

Why? Why does everyone need to quote this? Some may say, given our country’s history, this is a momentous achievement that must be recognized as proof racism has been overcome. I utterly disagree. Our society’s obsession with physical characteristics has a completely negative effect.

If racism were truly ended we would be appreciating Obama’s inauguration solely for his message of hope and inspirational leadership not for the color of his skin. The tint of his flesh shouldn’t even be mentioned, nor should the size of his feet or the number of his teeth. None of these things matter. What truly matters is the message he relays and the actions he takes. 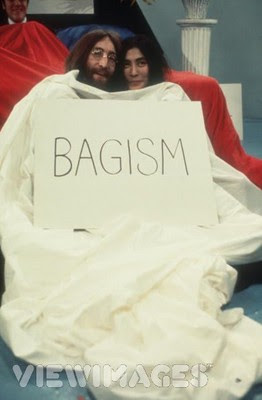 Recently, I’ve contracted an antipathy for John Lennon. One of the greatest stunts he pulled was his and Yoko Ono’s “bag-in” where they refused to uncover themselves from a sheet while reporters interviewed them. Their message was profound. “Listen to our words and ignore our physical traits.” The media didn’t get it. Or maybe they did but they obviously refused to implement any change in the way we judge others.

I’m thoroughly sick of our society’s obsession with physical traits. I couldn’t care less if someone is the first “woman” to accomplish something or the first “Indian” to punch a donkey. All that matters to me is what they accomplished. I truly hope and pray Barrack “fraggle-rock” Obama can bring this country together and ease our concerns and tribulations. If he does, I will give him recognition as an effective president, not as a effective “African-American” 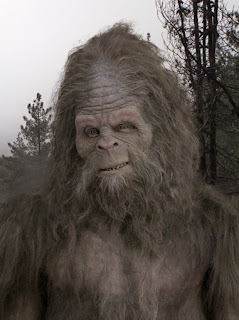 A message from Adam James Pankratz, the first “sasquatch” to become a gentleman of leisure.
Newer Post Older Post Home
Posted by boots~ at 12:25 PM